It’s been a year since the livestreaming feature was rolled out on Taimi, and the app’s users started over 2.52 million unique sessions. 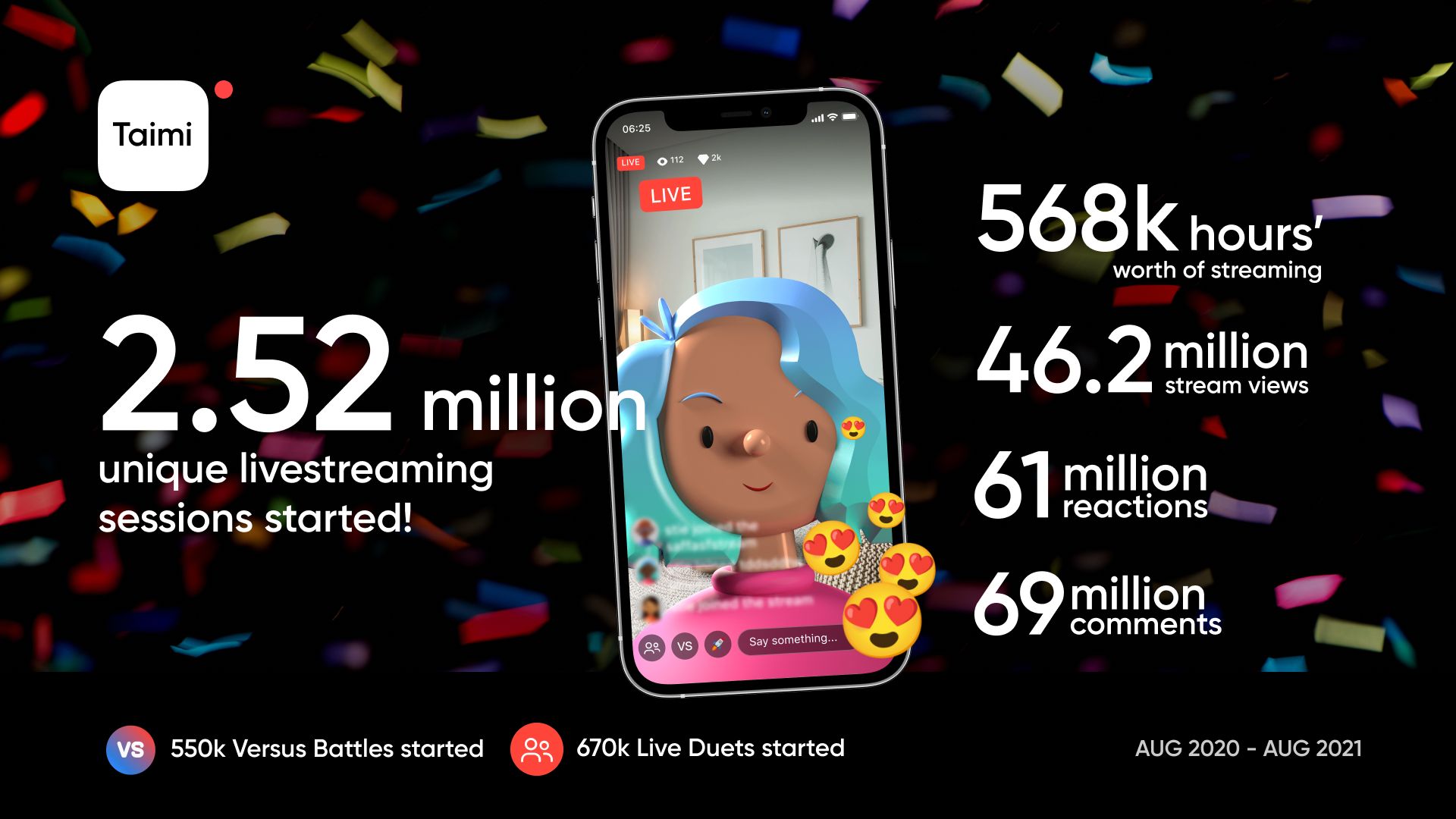 Taimi, the world’s largest LGBTQ+ social and dating app, launched its livestreaming feature a year ago, in late Q3 2020. Since the feature’s launch, Taimi users started over 2.52 million unique streaming sessions on the app, amassing over 46.2 million views.

The users have spent over 568k hours’ worth of streaming, which is equivalent to being live for 65 years non-stop! The streaming feature proved to be a great way for the users to connect and interact, as they exchanged over 61 million reactions and left 69 million comments in one year!

The additional features added to the app’s livestreaming apparel — Live Duet and Versus — were launched in late October 2020 and January 2021, respectively. Both streaming extensions are steadily gaining popularity among Taimi users, with Live Duet surpassing 670k unique sessions and Versus Battles launched almost 550k times.

“As a versatile platform for LGBTQ+ people, we strive to create a digital environment that will serve as a solution for all kinds of social needs for our current and potential users,” says Jake Vygnan, COO and co-founder at Taimi. “Staying in touch with your friends and significant others was one of the biggest challenges we all faced when COVID-related lockdowns separated us last year. We believe that our streaming feature helped hundreds of thousands of LGBTQ+ people across the planet to stay connected, express their thoughts and feelings, showcase their personalities. Seeing how popular the streaming on the app is, we are happy that Taimi became an effective channel for LGBTQ+ folks not only to stay in touch with their close people, but to make new friends and fall in love with somebody they didn’t know before.”

Livestreams proved to be useful as an effective situational substitute for offline events during COVID-related restrictions in 2020 and 2021. For instance, Taimi hosted two major streaming events, Taimi Talks and Taimi Talks 2.0, in September 2020 and May 2021, respectively. These app-exclusive events centered around the most prominent and influential LGBTQ+ celebrities, activists, athletes, authors, actors, and influencers, and proved to be an efficient way to share ideas and discuss pressing issues for the community. Taimi was also a streaming partner of NYC Pride 2021 during Pride Month, serving as a digital portal into the real-time Pride match for those unable to attend.

Taimi
Get Taimi App for Free