The Perfect Polyamorous Dating App For Finding Your Partners

Embrace diversity and personal preferences. Meet the kind of people you are looking for and complete your polyamorous relationship in the best dating app for you

Liked by more than 58k people 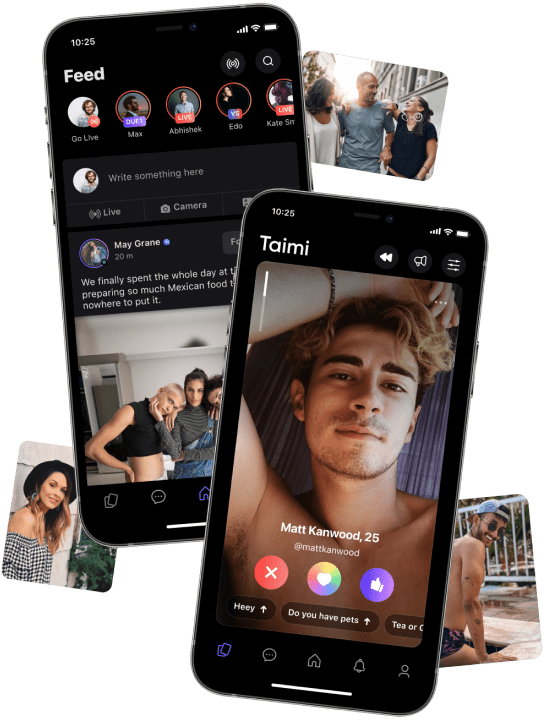 Liked by more than 58k people 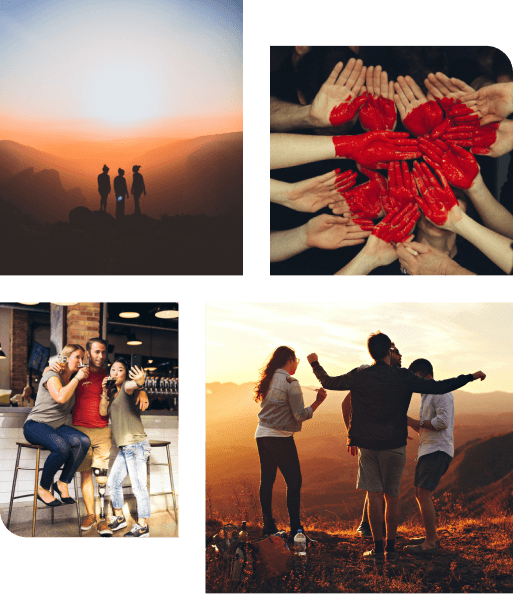 There are many closed-minded people everywhere who can't understand and don't respect polyamory. Dating apps are not exempt from their judgment. There are just people who get rude when you mention that you are into poly dating.

Despite this, there are still countless individuals who made a choice to be in a romantic relationship with more than one person. Unlike other websites, Taimi is a dating site exclusive only for open-minded people. Straight, LGBTQ, and people with different dating preferences are all wholly accepted by the platform and the members.

Since equality is strongly promoted on this poly dating site, there's no need to hold back when dating and finding a serious relationship, even if you are into polyamory. This dating app will let you meet and interact with respectful and like-minded people. This way, you can freely express your preferences and desires.

Download the Taimi app and create an account. Get ready to show your incredible shots and let people know what you are looking for. Be who you are and develop connections and relationships with anyone you're interested in.

Whether you’re just trying out Taimi or not, here are some tips that will help you in having the full Taimi experience!

Start setting up your account by providing the necessary information, such as your name and date of birth. Think of a unique username and password that you will use every time you access the app. Choose something creative and memorable. It's also a great conversation starter!

Scroll through your gallery for your favorite one, or take a new pic. Including a great photo on your account will attract other users to check your profile and learn if they fit your type. This is excellent for non-monogamous dating since you can easily narrow down your search by having candidates reaching out to you!

Take Advantage of the Finder

One of Taimi's primary features is called the Finder. With this Finder feature, meeting new people is easier than ever. All information about your preferences, interests, and location is considered and analyzed to help the finder show you potential singles with the same information as yours.

Don’t Be Afraid To Send A Message

Now that you have completed your profile, you're one step ahead in starting communication with your special one (or two!) and completing your poly relationship. You will be able to drop a message to any person who catches your attention.

Get Off To A Good Start In Dating

Are you new to this website? With its simple interface and clean design, there'll be no need to overthink how to use it. Creating and setting up your account is quick and straightforward.

Follow these four major steps to set up your dating profile successfully: 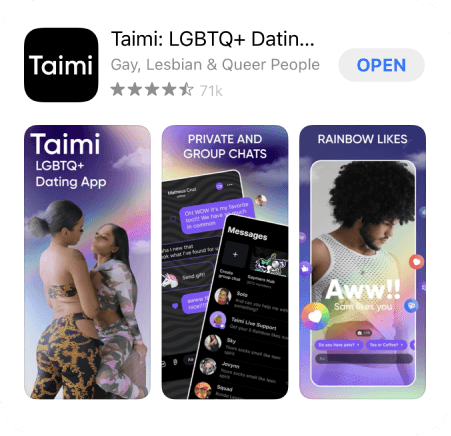 Go to your mobile device's Google Play or App Store, search for Taimi, click install, and wait for the download to finish. Taimi can be downloaded to any mobile device - Android or iPhone. 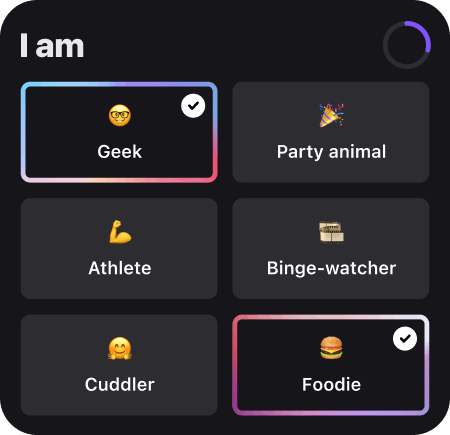 Set up Your Dating Profile

Choose your favorite pic and tailor your account to the type of people you want to meet. Customize, take your pick, and meet people. 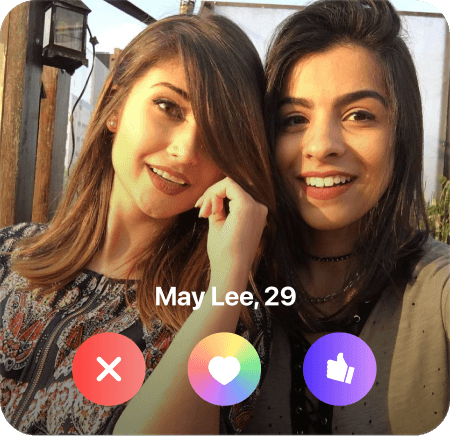 Ready to Meet the One?

Meet your poly partner, talk about non-monogamy, meet up, date, and develop a more serious connection here in Taimi! 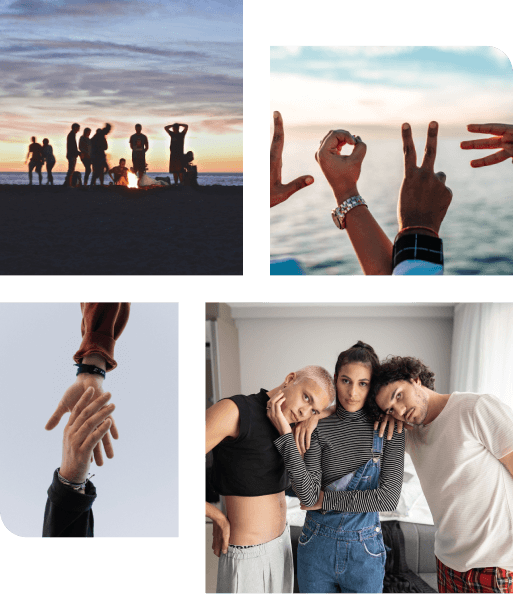 You are entitled to meeting individuals who accept and understand your ideals. Taimi serves as a bridge so you can connect with these individuals. This dating site is everything you will ever need to find the right people for you. Every feature is designed to deliver what the members want and need.

Unlike other polyamorous dating apps, all features are developed to comply with customer satisfaction while respecting the policy of the site, which was created to keep the dating environment safe. And it doesn't stop there. Taimi is continuously adjusting to its users' preferences. These features are honed in on for the members and by the members. So what should you do? Just install the app and register!

There's also a specific page that serves as the feed for the polyamorous dating application, which allows you to share anything you want. Maybe post photos, share something about the latest movie you have watched, or just generally discuss your day. You can post anything! The best part is you're free to do so without anything holding you back. Taimi is an all-inclusive community. No one will judge you here. Another great part? You can also see other people's posts here too.

You can also share your location with Taimi so the site can look for more polyamorous people near where you are and meet them along the way. Martin Dalton
I’d definitely recommend it to all the lonely and single gay souls out there. Friends, hookups, love - you can find it all here.
Martin Dalton Lawrence Smith
My goal initially was to meet someone, but honestly, I was engulfed by the whole vibe of the app, and now I’d like to meet everyone hahahaha. Loving it so far, recommended.
Lawrence Smith Michael Bennett
After a week of talking via Taimi with a few interesting guys, I think I came across the love of my life.
Michael Bennett

Wondering about what Taimi has in store for you?

Discover what people think about Taimi, and let their testimonials inspire you to begin your own adventure. Their success stories could be yours - the only thing between you and a bright future is an “Install” button.

Use Taimi's Enormous Network To Find Your Matches

Many online dating apps and their members only support monogamy on their platforms. It has become a struggle for the people who are into polyamory and who want to meet more individuals supporting this kind of relationship. It's hard finding polyamorous dating apps that can quickly help you with your search.

Luckily, this polyamory dating site has the largest social network. With over 11 million users worldwide, you'll have lots of chances to meet those who will like you for who you are. Taimi has a broad and robust connection with many people of different gender identities.

Any polyamorous person can openly look for open-minded people who want to meet, date, and get into a serious non-monogamous relationship with them. You can even meet and make more friends on the site who are all openminded and can accept your way in life.

You don't need to worry and be upset if you get rejected: there are still more poly personals coming your way. Not looking to be tied down? Taimi's social network is also beneficial for everyone who is not looking for serious relationships but for casual dating. Connect with millions of people in countless communities and find a partner who has the same intentions as you in the app.

Taimi is such a fun, easy app to use when I want to connect with people in my community. The new Taimi app offers a pleasing experience when it comes to meeting new friends. Sign up and enjoy. Michael Albert
@malberttttt
Taimi allows me to personalize my profile in a way that makes me feel well represented and confident when talking to new people. You can even add your zodiac sign! This Pisces is sold.
Taimi has been a great tool for me to connect with guys both locally and across the globe. The app's commitment to security, safety and authenticity in dating is unmatched and it certainly shows with the quality of guys I have been able to meet through using Taimi. Polyamorous Dating Is Now Better Than Ever Before

Celebrate your gender identity like never before and inspire others to do the same. Join us today on the ultimate poly dating app and rediscover yourself 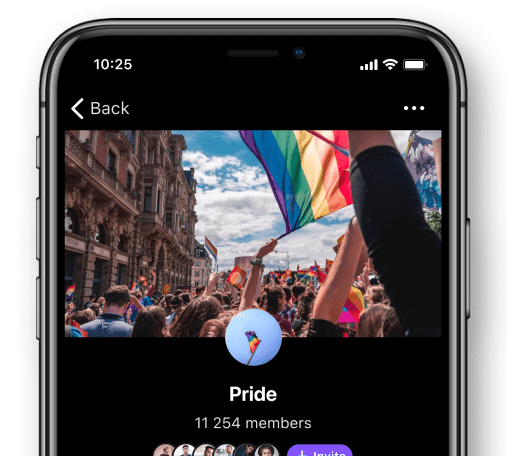 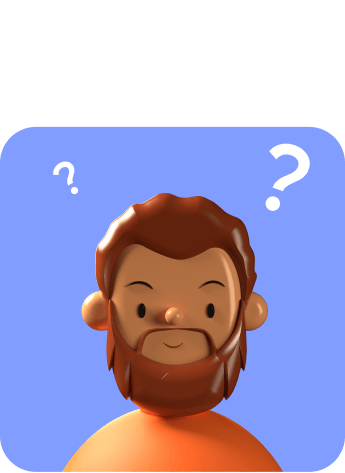 If you are still curious about the app, you can continue reading the section below. Below are several most commonly asked questions by members and interested individuals

Although Taimi is quite new to the dating industry, countless individuals have stated that the app is the best dating option for non-monogamous dating and dating in general. With its advanced algorithms, it's impossible not to find the one perfect for you. There are communities for specific groups on the LGBTQ+ spectrum, no matter what kind of a partner you are looking for.

It absolutely is! Taimi supports and implements multiple security protocols to keep its users safe, especially the personal information they share on the website. The polyamory website requires two-factor authentications to ensure that the members are secured in the app. Taimi is also safe for poly members because many groups and communities on the site allow them to meet more people who understand them.

This poly dating site is entirely free for everyone to use. You can download it, set up your profile, find matches, and get into a non-monogamous relationship without having to spend any money. Every part of the application is usable for free. But, others interested in having an exceptional experience on the site can upgrade their accounts to premium.

Good ratings and feedback from users, non-monogamous or monogamous, prove that out of all the polyamorous dating apps, Taimi is the best for non-monogamy. Influencers have said good things about the platform too.

There are many open-minded individuals in the membership base who are going to be supportive and respectful as well. Most importantly, the features and policies of the site will help you find your partners in life.

Get Comfortable In Finding Your Poly Relationship With Taimi

There are people who are still unaware of the other types and styles of relationships, like poly relationships. Some simply neglect the fact that they exist, and many are actually confused about them.

Polyamorous dating, in its basic sense, means being able to care for, be intimate with, and love multiple people at the same time. Polyamorous dating, however, is not the same as an open relationship where casual sex partners may exist. For non-monogamous dating to be successful, there needs to be complete mutual understanding for the first two people.

Connect With Millions of Taimi Members

Truth be told, there are many polyamorous dating apps all over the world. But to be frank, nothing comes close to Taimi. Taimi is the best polyamorous dating platform for anyone opened to polyamory. Non-monogamous dating is possible within the app because the place has a lot of users and poly members.

There are numerous groups and communities made specifically for different groups of people. You can find and join more than one non-monogamy community where there are many non-monogamous individuals too. Taimi also has a massive network of people who want a non-monogamy dating experience with different kinds of people.

You can also join groups unrelated to dating to keep an eye on updates, new products or apps, or anything other than dating (e.g., LGBTQ+ news posted by the European Commission).

Be Safe With Taimi

Everyone is connected in one place based on interests, profile, and other things in Taimi. Rest assured that those who are not into an ethically non-monogamous relationship still accept and respect the polyamory dating interest of others.

The platform also has a special moderation feature that monitors and kicks out bots and fraudsters on the site so any member can only match with real people. All these safety protocols and features are implemented on the site at all times. You don't have to be anxious about your personal data getting leaked or being discriminated against because you like polyamory. You're safe with Taimi in all aspects.

Get Taimi App for Free