Sexual Taboos That Should Be Acceptable By Now

We are now nearly a quarter of the way through the 21st century. Despite the efforts of some very regressive groups, we're more open-minded about sex than ever. As long as it's between consenting adults, we're pretty cool with kinky sex and more. At least we are for the most part. 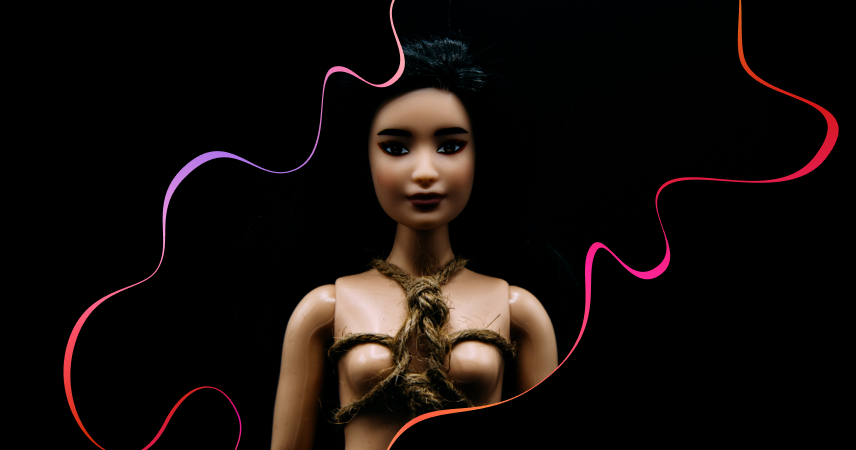 There are some sexual taboos that still cause quite a bit of controversy. That's what we're here to talk about today. Now don't worry, this isn't about really gross-out stuff or anything illegal. These are simply taboo sex topics that aren't quite mainstream but don't deserve the bad rap they get.

What Sexual Act is Considered Taboo?

Sexual taboos are certain sexual acts that are considered to be outside of the norm. Some people feel uncomfortable doing them. Others have difficulty even discussing sex acts that are considered to be taboo. Some taboos are defined culturally. Others have a basis in religion. Something may be a sexual taboo for people of a certain age, but not others.

Should Some Sexual Encounters be Taboo?

Yes. The concept of taboo sex exists for a reason. If a sexual act is significantly dangerous or non-consensual it should be taboo. If it doesn't involve consenting adults, it should be considered taboo. To be clear, this also includes exposing others to kinks and fantasies when they aren't a willing participant.

However, what this list contains are sex acts and attitudes that shouldn't be considered taboo anymore. Let's get things going.

In truth, this sex act is perfectly normal. People of all orientations have been doing that forever. This includes both men and women. If you are being safe and clean, there's no reason this can't be as much a part of your routine as oral sex.

To some extent, it's easy to see why period sex is taboo sex. There is blood involved. It can get really messy. It's just historically been seen as a time when women don't have sex. Undoubtedly, it just isn't for everybody.

On the other hand, sexual desire often increases during this time. There's no real chance of harm being done, other than having to wash the sheets. So, why not? This one needs to be moved out of the sex taboos category, into the realm of "do what you want as long as it doesn't hurt anybody."

These include toys that are made to help pre and post-op trans individuals have sexual pleasure in a way that works for them. Many people are also uncomfortable with sex toys that allow the disabled to enjoy sexual intimacy. Of course, toys that are geared towards the LGBTQ community are often associated with taboo sex as well.

Of course, none of these are valid reasons to

The BDSM community is quite infamous for getting the short end of the stick. After all how many instances have we seen where it is revealed that someone is in this community and everyone around them seems to be appalled by this? Of course, we understand that to many the idea of tying up and potentially causing harm to your partner can feel somewhat wrong. After all, sex is meant to feel good for both parties involved. So why would anyone enjoy sex that involves harming one another? A power exchange relationship can be loving and supportive. Additionally, the submissive partner is often the one in true control during a "session".

The notion that somebody cannot use their entire body to enjoy sex or achieve orgasm with their partner is ridiculous. Any sex expert would agree that this is perfectly healthy behavior as long as the partner engages in safe practices.

We've all heard it before. Body hair is gross. It's unclean, unsanitary, it doesn't belong on the human body. Women shouldn't have body hair, it's simply unattractive. Despite having always existed body hair, especially body hair that exists on women has gained a rather undesirable rap in the past few years. Women are even told not to expect oral sex if they are not properly shaved. Salons make an extraordinary amount of money doing bikini or Brazilian waxes because women are told from a young age that hairlessness is sexy.

Now there's absolutely nothing wrong with people shaving themselves to complete smoothness. There's also nothing wrong with those who prefer to not shave. Everyone is comfortable with different things and this should not have any effect on their sexual appeal to those around them.

It's perfectly reasonable to have preferences, after all, most people do.Just how some people many prefer a tall person over a short one, someone else may prefer more body hair than the other. Just remember that if pubic hair wasn't meant to grow, or it truly didn't belong on the human body. Then it probably wouldn't grow in the first place.

The good news is that most intelligent, evolved folx accept the existence of gay men, lesbians, and bisexual individuals. The trans community is also experiencing more acceptance, despite some loud and hateful actions to the contrary. However, there is still work to be done.

The truth is that sexual preferences, attractions, and relationships span a wide spectrum. We're just now beginning to recognize and name these things, and how they define our sexual experiences.

For example, we know that people experience sexual attraction and romance on a spectrum. Because of this, people have begun to feel safer labeling themselves as pansexual, asexual, aromantic, demisexual, etc.

How is this related to taboo sex topics? Unfortunately, individuals who choose to identify themselves outside of the standard straight/gay/lesbian/bisexual norms are often mocked or excluded. This happens even within the LGBTQ+ community. This lack of acceptance can have a negative impact on the mental and sexual health of individuals who may hesitate to be authentic or seek support.

For many people, the notion of having sex with a doll conjures up very unpleasant imagery. People assume that anybody who would do this is creepy, awkward, or unable to get a real person sexually aroused. Worse, the use of sex dolls is often associated with individuals who fantasize about engaging in taboo sex acts that involve a lack of consent or would even be illegal if a real person is involved.

As you can imagine the availability of virtual and augmented reality has opened up an entirely new market for people who want to receive pleasure through virtual sex. This involves using VR headsets, and other equipment to experience sexual pleasure. There are even sexually explicit games, and sex toys that work with these technologies to help players experience orgasm at just the right time. Fans of virtual sex state that it is deeply pleasurable, and a way to safely explore some wild fantasies.

As taboos go, this one is pretty normal. However, some people cite concerns about participants' mental state as well as their ability to relate to others in healthy ways. In truth, one can enjoy this form of engagement while still functioning as a normal person with a healthy sense of their own sexuality.

Having multiple partners may refer to two or more consenting adults having sex at once. It may also mean a person who chooses to have more than one sexual partner during any period of time. Both activities tend to be heavily criticized and get the attention of people who wish to judge what other people do behind closed doors.

The fact that this is taboo speaks to the fact that so many people see the sexuality of others as their business. That sums up the entirety of many social-sexual issues that we face in our society. Truthfully, while nobody owes anybody positive affirmations for their sexuality, minding one's own business is definitely a virtue.

Sexual Things That Should be Considered Taboo Sex

Are there some aspects of sexuality that should be taboo? Absolutely! Sexuality is a normal part of human existence. However, that doesn't mean that every view or approach to sexual pleasure is healthy or acceptable.

Nobody should feel shame as a man or woman for engaging in any activity that is fully consensual, entered into with good intentions, and safe. Nor should they be rejected because closed-minded people don't approve of whatever relationship they have chosen.

On the other hand, shame is a key component in any effort to assure that people comply with sexual norms that involve safety, respect, and consent. The bottom line, not every way of achieving an orgasm is okay. Some things really should be taboo, and it's okay to openly state that even the idea of something is offensive.

Fortunately, we already recognize some of these things. For example, we know that a married woman shouldn't be forced to have sex with her husband. We recognize that nobody should be in a relationship with a partner who can't consent. However, there are somethings that aren't seen as taboo, but probably should be.

The ever-so-coveted 18th birthday is considered by many to be the first official milestone into adulthood. It's the age where most people are able to legally live on their own, start their families, join the military and so much more. However, it's time that we as a society realize just how unhealthy and even borderline creepy the obsession with the eighteenth birthday can be. After all just because someone becomes an adult in a legal sense does not mean that they have become an adult in a mental sense. In fact, some studies state that your brain is constantly developing until you reach 25 years of age. Remember that even if they are legally an adult their mental age might not be much different from the 16-year-old in their class. Thinking of it in that manner makes us realize exactly how creepy it is to desperately wait until someone reaches that age milestone without considering their mental age as well.

Sex is a fundamental part of life for many people around the world, and because of that, it shouldn't be compressed into a strict regimen. Of course, there's nothing wrong with scheduling certain times in which sex best fits into the schedule. The issue lies in relying too heavily on a schedule as many people do. It makes this wonderful moment of intimacy and connection between two consenting adults feel more like a chore. Rather than relying so heavily on putting your sex life on a schedule don't be afraid to be spontaneous with the connection.

If you've watched at least one instance of pornography one thing you may notice is how forceful they get during foreplay. Now while the woman may seem to be pleasured by these actions you have to remember that she is a paid actress and is being paid to look like she's being pleasured. In reality, she is very likely uncomfortable and wants the moment to end quickly.

Because of this, we must realize that for far too many people in the world their only reference on how to have sex comes from these types of videos. This has resulted in many believing that the only way to have sex or to give their partners pleasure is to be overly rough and forceful during the foreplay part of the act. Don't be afraid to take things slow and get to really know your partners body. This will increase the pleasure for both of you immensely.

If it isn't hurting anybody and is consensual then it probably shouldn't be a taboo. Let's stop shaming people and start minding our own business!