Polyamorous vs Polygamy: Differences and Similarities Between the Two

Whether this involves you or a close friend, learning the differences between being Polyamorous vs. Polygamy can help answer a lot of questions. These are two terms that many confuse and don't understand unless they themselves happen to be in one of these types of romantic relationships. 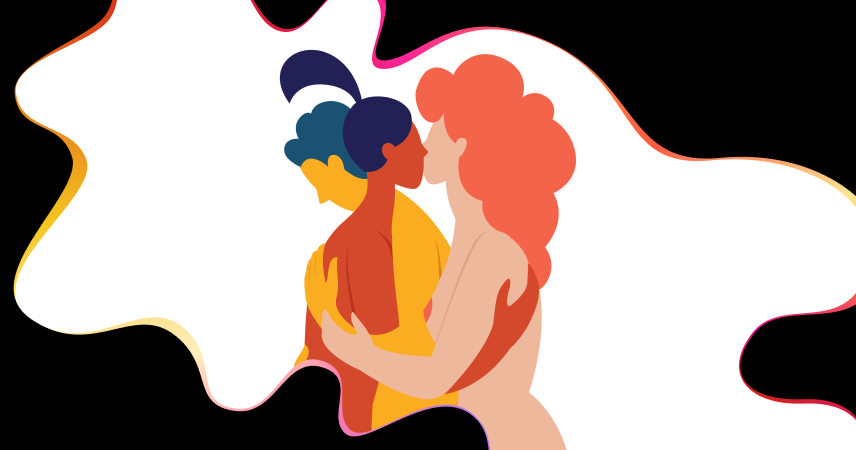 If this is something you have considered for yourself or you wish to learn more about, this guide will hopefully help answer all of your questions. Most importantly, it might help you understand some things about yourself and how you would like the future of your intimate relationships to proceed.

A Brief Explanation on the Differences Between the Two

The quickest way to explain polyamorous relationships vs polygamy is the fact that in the latter, the people involved are married. A polyamorous person is someone who has or might be open to having multiple partners involved in intimate relationships or being involved with more than one person.

Main Similarities and Differences Between Polyamory and Polygamy

The very first thing these have in common is that they don't exist only for people of certain genders. They are, therefore, gender-neutral terms. This means the following both for polyamory and polygamy:

Polygamy means that a partner can have multiple wives or multiple husbands, as long as everyone involved in this arrangement is tied by bonds of marriage.

Many people confuse polyamory as well as polygamy with open relationships. While these also have quite a few things in common, they are also distinct from one another for a few different reasons.

Open, polyamorous as well as polygamy relationships work based on the agreement of the partners in the primary relationship to seek the company of other people. This can be done in different ways and it explains the main difference between the three.

The main difference is that people in open relationships are usually not experiencing love with other people apart from the one main partner they were in the relationship with. In polyamory, for example, one partner will oftentimes form loving relations, not necessarily sexual ones, with another person or have multiple male or female partners.

Romance and love is the primary difference between polyamorous relationships and open ones. Finding new partners or having multiple lovers is different from having strong feelings for them. You can have sex with someone without being in love with them. That last part is what makes polyamory as well as polygamy different from other forms of ethical non-monogamy.

On the other end, swinging is a related yet slightly different term. The easiest way to describe swinging is that it is a form of social sex. In this situation, no feelings are formed apart from those between the primary partners. They, along with other people engage in casual sex and swapping with other couples or singles and this is strongly based on mutual agreements and boundaries set between the people participating.

So, the main difference between polyamory and swinging is that when it comes to the latter, the couple engages in sexual activity with other parties as a unit. They usually do not form a bond with those or have any independent sexual relations outside the swinging arrangement. As always when it comes to non-monogamous relationships this is based on communication and boundaries between the couple.

On the other hand, a polyamorous closed relationship is when you have agreed to have more than one partner but not meet or start being with other people. This usually involves a triad of polyamorous people who are closely connected and do not want to add anyone else to their circle.

This is a great way to describe such a dynamic and easily explains the boundaries of the parties involved. Polyamorous bonds come in different shapes and forms and can include multiple people or even a smaller, more limited amount. The key for all consensual non monogamy situations is open communication and trust between the romantic partners.

A little #levity for us all! #polyamory #cowboys #cowgirls #cownonbinary pic.twitter.com/G9Jwa1e20P

Polygamy and Its Ties to Religion

As a general rule, polygyny is much more widespread than polyandry. This is oftentimes tied to religious beliefs and certain people practice polygamy as a rule of their religion. This is also not the case for everyone.

For example, most people associate Muslims with polygamy, as it is accepted in certain areas of their religion. In particular, polygyny is the form that is accepted and Muslim men could have up to 4 wives. Once again, you should keep in mind that younger Muslim people in many countries do not consider this the norm and it is more tied to human history of the past.

Polygamy marriages are only allowed under certain circumstances and people who practice polygamy in Islam are few. Most modern Muslims consider it as something that takes place but is rather unusual and not recommended.

The Legal Status of a Polygamous Relationship Around the World

While in the past more countries allowed for polygamous relations to have legal status, nowadays most countries do not allow people to have multiple spouses. This leads most polygamous people to have a virtual wedding that is not recognized by the state.

Certain countries such as the Middle East and northern Africa consider polygamy as a legal and recognized form of marriage. In reality, polygyny is the main form of polygamy accepted in most countries. Therefore, men are allowed to have as many wives as they wish but the same doesn't apply to women.

Other countries are not on board with this though. Some countries around the world do not accept polygamy but they also do not prosecute it legally. Certain countries such as the United States, consider polygamy illegal and criminalized.

In other words, in contemporary Western society, these are unconventional practices and many other countries agree. Therefore, polyamorous people seeking a group marriage or a country where polygamous marriages are accepted are having a hard time.

Polygamous relationships are often frowned upon from society and especially someone having multiple wives is seen as abusive. If these multiple wives or husbands came from a place of love though, who is to judge the stability or credibility of their bond? This is the reason why such couples tend to follow a polyamorous relationship style rather than a polygamous gamous one.

What is the Appeal of Polyamory or Polygamy?

Apart from the religious aspect of polygamy, there are many reasons why someone would want a relationship with many partners involved. For most people, this might start as a discussion where both parties have come to realize that they feel an attraction to other people.

Non-monogamy can be a way for people to expand their horizons and make their marriage more flexible. This can come from different needs that people have and do not feel secure about expressing in monogamous relationships.

Having multiple loves can liberate one person and allow them to experiment within the healthy bounds of their previously monogamous relationship. Seeking polyamorous dating can be thrilling is this is something you have had on your mind for a long time.

The important thing to remember here is that polyamory as well as polygamy are not a phase. People who are seeking a non monogamous relationship oftentimes have been held back by societal standards that involve marriage in its common form.

Are Polyamory and Polygamy a Form of Cheating?

Love @polyphiliablog direct nature. I 110% agree. Either we do this open and ethically, or I'm out!! #ENM #poly #polyamory #relationship pic.twitter.com/GNLE8Yfmlk

One of the things that are the most important in any relationship, whether that is a monogamous or a polyamorous relationship, is communication. A couple that openly communicates about wanting to keep their primary relationship but also wanting to experience having other partners will not have to worry about cheating.

Trust in these situations can be built through communication and mutual understanding. Sexual relationships are one thing, but building trust with the people you are opening your heart to can only come through honestly and good discussions.

A polyamorous relationship does not equal cheating and in fact, cheating is heavily frowned upon in this community. One partner can be close to multiple women or one woman if they choose and this is not all about the sex acts these bonds involve. It all depends on both partners agreeing to see more people and to respect each others' boundaries.

Finding a Balance in Polyamorous and Polygamous Love

If you and your spouse or partner have decided to involve more people in your lives, the first thing you need to do in order to find the right balance is to talk. Are you comfortable with them having more than one partner? One man cannot decide these things on their own and you need to have constant communication so neither of you ends up being hurt.

Therefore, let your feelings and wishes be known and remember that not every situation is going to work out. If you feel like this is something you want to experience and you see yourself having feelings for more than one person, communicate your needs clearly and be open and honest with anyone you choose to share your love with.