Famous Gay Poets And The Gay Poem That Set Them Apart

Poetry gives a lot of gay artists the chance to express their struggles and everyday lives by putting their experiences in a gay poem. Words have a lot of strength and can help a person talk about their sexuality and experiences in a more protected and safe way. 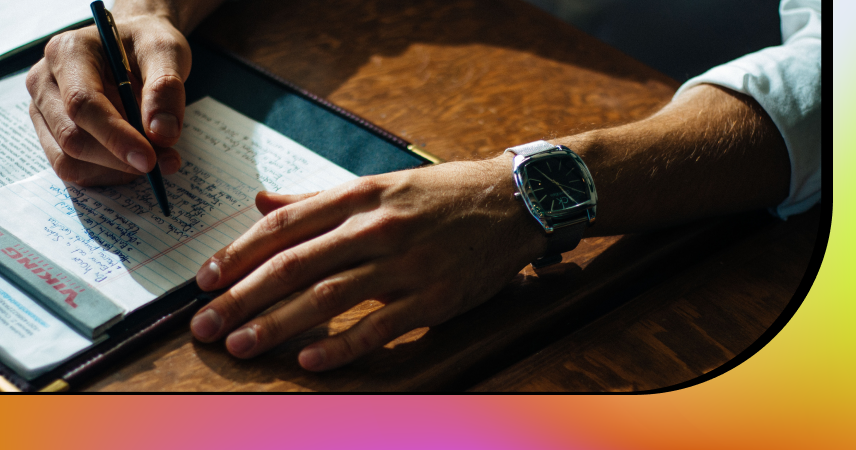 If you are interested in poetry yourself, or you are looking to get to know more talented individuals of the LGBTQ+ community and a special poem of theirs, here are some gay poets and their poems that set them apart.

Danez Smith is an African-American, genderqueer, and openly gay poet who has won a lot of awards including the Lambda Literary Award for Gay Poetry.

Danez Smith uses their poetry to explore and express their queer identity and is one of the most well-known poets of today's generation.

The 17 Year-Old and the Gay Bar

"Bless that man’s mouth, the song we sway sloppy to, the beat, the bridge, the length

of his hand on my thigh & back & I know not which country I am of.

I want to live on his tongue, build a home of gospel & gayety

I want to raise a city behind his teeth for all boys of choirs & closets to refuge in.

or maybe I’m just tipsy & free for the first time, willing to worship anything I can taste"

Adrienne Rich was a feminist, and one of the lesbian poets who played a very crucial role in American literature. Her work centered around her expression of her identity and her struggles with obtaining equal rights for women of her period.

Tonight No Poetry Will Serve

at the new moon's eyelid

sleep-fallen, naked in your dark hair

asleep but not oblivious

of the unslept unsleeping

The American poet was born and raised in Los Angeles, California to Costa Rican immigrant parents. As a teacher of Latinx literature and poetry, he uses his poetry as a means to express his queer identity and Latino heritage.

"Take me. Take this. My wasted life and all

its bliss—the sea of your waking body

dawning with its warm grip on night’s wrist.

Your lips once curled into me. Your eyes

set me loose in a foggy lake. Loons call

to fill my deadened heart. To know

you must lose even yourself, you said."

Dennis Cooper is an American poet, novelist, critic, editor, and performance artist. He is known for his ability to dissect human relationships in a unique way and use a raw and unapologetic way of writing about his experiences.

After School, Street Football, After Eight

"Their jeans sparkled, cut off

way above the knee, and my

friends and I would watch them

from my porch, books of poems

lost in our laps, eyes wide as

tropical fish behind our glasses."

Pat Parker was an African-American poet and activist, who was proud and open about her lesbian identity. She created five collections of complete poems, most of which were talking about her affairs with other women.

She was known for always taking place in civil rights, women's rights, and gay rights movements throughout her life.

My Lover is a Woman

My lover is a woman

& when I hold her

James Baldwin was a writer who also had a big role in activism. His work revolved around the matter of race in America of his time, as well as his sexuality.

He was one of the first major writers of his time to write about Black gay men from his own perspective as a Black gay man in his poems. Among his most famous work is Giovanni's Room, a queer novel.

"Each time Desire looked towards Love,

hoping to find a witness,

and shook them hips

and the fire of the cigarette

threatened to burn the warehouse down."

While she had only published eight poems during her life, more than 1700 poems were discovered and published posthumously. Her work greatly centered around her queer experience with the only woman she loved but that relationship was only discovered after her death and was kept secret for years.

Now I Knew I Lost Her

Not that she was gone —

On her Face and Tongue."

W.H. Auden was a British-American poet who became known for openly expressing his sense of sexuality, longing, and desires through his poems.

Gay sex scenes are very prominent in his gay poems and he did not shy away from making the nature of his work graphic, something that has gained a lot of comments.

"We aligned mouths. We entwined. All act was clutch,

Of tongues, the charms of arms."

Frank O' Hara was an American writer, poet, and art critic who found himself among a friend group of painters. This was a big source of his inspiration and he was known for being able to see the beauty in everything which he could then turn into a poem.

His sexuality is very prominent in his work and he was one of the first openly gay male poets of his time, thus making history through his identity. Frank O'Hara was a leader of the New York School of Poetry and stood out for his modernism.

"here I have just jumped out of a bed full of V-days.

(I got tired of D-days) and blue you there still

accepts me foolish and free

all I want is a room up there

and you in it"

To love oneself is the beginning of a life-long romance.

When it comes to gay poets that made history, Oscar Wilde is always included in the conversation as a famous gay poet you have heard of. Oscar was a poet, playwright, and main representative of the Aesthetic movement of the late 1800s.

In a time when homosexuality was illegal, Oscar Wilde made it a big subject in some of his work. His life was very tragic as he was put through three criminal trials and jailed, later to be exiled due to his affair with another man.

"In a dim corner of my room for longer than my fancy thinks,

A beautiful and silent Sphinx has watched me through the shifting gloom.

Red follows gray across the air, the waves of moonlight ebb and flow

But with the Dawn she does not go and in the night-time she is there."

Walt Whitman was known for his free-verse poetry. As a gay poet, he explored his own sexual identity through his work. He also mentioned themes like democracy and American patriotism.

He became famous for the mention of homosexuality in his work, as gay love was greatly frowned upon during his time. His poetry collection Leaves of Grass is still celebrated as one of the best-written pieces of gay poetry.

Whoever You Are Holding Me Now in Hand

"Whoever you are holding me now in hand,

Without one thing all will be useless,

I give you fair warning before you attempt me further,

I am not what you supposed, but far different.

Who is he that would become my follower?

Who would sign himself a candidate for my affections?"

Arthur Rimbaud is known as one of the greatest poets in French history, if not that of the world. He actually wrote most of his poems as a younger boy during his teens.

After he wrote so much like a boy in a span of about five years, he completely gave up writing at 21. His affair with another man was considered a big scandal of the time and he only passed away at the age of 37.

"June nights! Seventeen! - Drink it in.

Sap is champagne, it goes to your head...

The mind wanders, you feel a kiss,

Audre Lorde was a gay poet and a feminist icon who described herself as a "black, lesbian, mother, warrior, poet". She is one of the writers whose writing didn't only revolve around her identity as a gay woman.

Instead, she also did a lot of writing on feminist theory, racism, classism, and civil rights advocacy, among other things. She became more confident and inspired to write more lesbian poems later on in her career though.

"However the image enters

its force remains within

wild for life, relentless and acquisitive

where there is no food

my eyes are always hungry

however the image enters

Fredrico Garcia Lorca was a Spanish poet, playwright, and theatre director. His work has been translated into many different languages and his sexuality was a beautiful addition to his work.

Lorca was sadly executed during the Spanish Civil War but his contribution to the literary world makes him a celebrated poet who truly played a role in bringing surrealism and futurism back through his poetry.

"To find a kiss of yours

what would I give

A kiss that strayed from your lips

the dirt of shadows"

Timothy Liu is an American poet and writer, teacher as well as editor of Word of Mouth: An Anthology of Gay American Poetry. He is one of the poets who can truly pass on their emotions, passion, and experiences through their work and that makes it unique.

"How long will the bed that we made together

hold us there? ﻿Your stubbled cheeks grazed my skin﻿

from evening to dawn, a cloud of scattered

stippling the water pink as I kiss

the back of your neck, our faces framed inside

Allen Ginsberg is one of the most well-known poets in modern history. His unbound poetry has gone through an obscenity trial, like Howl, one of his most famous poems is very provocative.

The LAMBDA Literary Award-winning poet Eileen Myles is an openly gay gender-queer individual who is known for their political opinions. In 1992, the poet participated in the presidential elections. This was a political move, as verified by the following quote:

"I want a dyke for president"

"I split the sky mirror,

lifting it on my blade,

I loved the mergansers teaching

their chicks, and the one loon

Ocean Vuong is a Vietnamese-American poet who is also known for his written novels. His word revolves around his upbringing in an environment full of women like his mother and aunts, his family's migration to the US, and his sexual identity.

As a gay poet, he also touches on subjects such as gay love, masculinity, desire, and loss. It is no wonder he has won a plethora of awards during his lifetime and he continues to inspire younger artists with his work. Each poem of his is truly special and a masterpiece.

"Tell me it was for the hunger

& nothing less. For hunger is to give

the body what it knows

it cannot keep. That this amber light

whittled down by another war

is all that pins my hand

Using Poetry to Express Your Inner Thoughts and Feelings

A poem can be an amazing outlet for young artists who want to share their inner thoughts with the world in a creative way. Gay poetry has been around for a very long time and it accompanied gay individuals through times when being queer was considered a crime.

Gay poems have played a very important role in gay rights and making sure people can love whoever they want freely. Art always plays an important role in such matters and we can only hope that it will continue changing things for the better.