Tomboy - What is it? What does it mean? 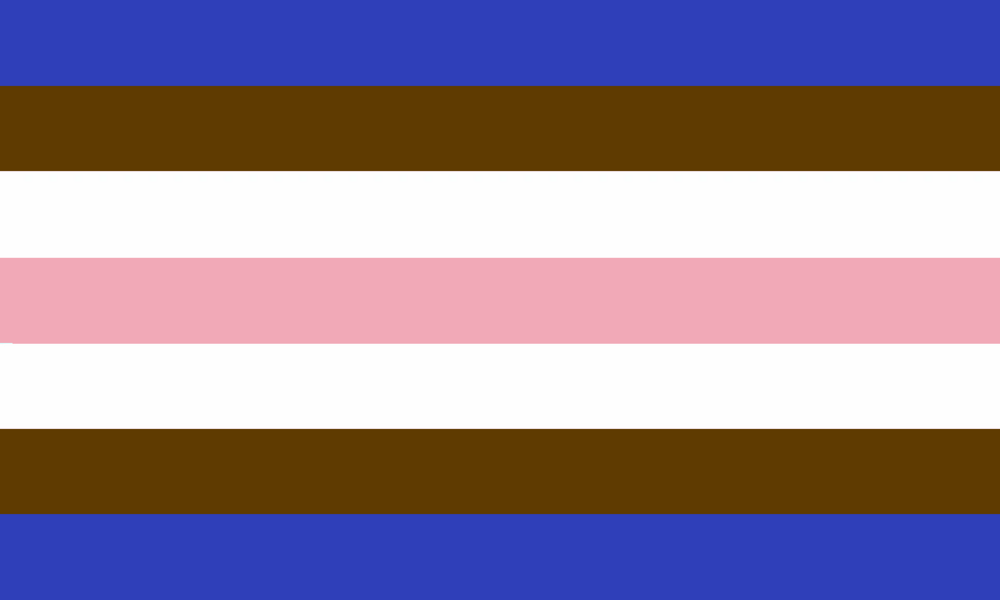 Tomboy often refers to a young girl that dresses in a masculine manner and enjoys typical manly activities over girl activities. Tomboys prefer jeans over dresses, rock their hair short or tied up, and like wearing hats. Many queer women and non-binary people go through a tomboy phase while going through gender exploration of their expression.

Tomboy traits are often common for girls considered boyish. Young women are commonly stuck with a tomboy label if they have a more masculine-leaning style. Tomboy people often enjoy outdoor physical strength activities but there are many girls who express their gender as tomboys and enjoy being indoors.

Merriam-Webster dictionary defines the term tomboy as: “a girl who behaves in a manner usually considered boyish”

This standard Merriam-Webster definition means that a tomboy woman will exhibit typical boyish behavior and style. Often tomboy girls wear masculine clothing, play sports like baseball, like physical activities that are considered masculine rather than feminine.

One of the societal stereotypes associated with the lesbian community is that many young women often go through a tomboy phase. Sometimes lesbian women coming to terms with their sexuality will get a tomboy label. Often a tomboy girl is a young woman exploring the infinite shades of what it means to have masculine and feminine traits.

Tomboys tend to have a gender expression and style that is more masculine. Queer tomboy girls often label their identity as soft butch, chapstick lesbian, or butch as adults.

Some consider the word tomboy an old term with a negative connotation. The idea that a girl child that plays sports and enjoys climbing is not feminine is an outdated stereotype. There are many forms to express femininity and masculinity that go beyond activities associated with clothing corresponding with the binary view of the sexes.

The term tomboy is often viewed as refusing to conform to gender roles and conventional views of what is expected of female and male children. Tomboys tend to be queer ladies but there are many straight ones who have a tomboy lifestyle.

There are many in the lesbian community who reject the idea of a tomboy phase. More and more lesbians prefer to use other similar terms to match their identity. All those categories may include terms like soft butch, chapstick lesbian, stem lesbian, futch to describe masculine-leaning women.

The origin of the term tomboy goes back several centuries according to the Merriam-Webster dictionary. Tomboy is essentially composed of two words tom and boy. Tom in the old days meant a stereotypical heterosexual manly man. It was used as a nickname for men to refer to masculine mannerisms. Boys at the time indicated young age and childhood.

At the beginning of the 16th century, the original tomboy was a term primarily used to refer to tough masculine boys who exhibited strong physical characteristics. It was just a matter of time before by the middle of the century categories change took place. The term tomboy shifted to the female side to describe a girl who behaves in a way that may be considered boyish.

Tomboy became a term to refer to young girls as well as young women who did not fit the girly stereotypes of society. Tomboys were girls who in their daily life had appearance, activities, and attitudes typically associated with male children.

In those days a woman had to exhibit girly style, wear dresses, and have long hair. If a girl at a young age was not afraid to play with boys, climb trees, and have a personal style that was less girly she was deemed a tomboy. The tomboy image generated a specific idea of women and how they are supposed to act and dress.

There was another shift in tomboy terminology in the 19th century. A healthy diet, exercise, and sensible clothing became a norm for girls and women of that time. There was much less focus on dresses and feminine code of behavior that had very limited views on physical exercise for women. This change offered more flexibility on gender expression for women. The rise of tomboys in popularity coincided with first-wave feminism in the United States. Tomboys suddenly became popular in America as an alternative to the limited views on feminine conduct.

In some cultures, tomboys are expected to outgrow their masculine behavior during puberty. They are stigmatized due to homophobia, biphobia, and transphobia. Tomboys may be viewed as a threatening figure to society that believes parents should be male and female and have a gender expression typical of men and women.

Young women who were tomboys faced a lot of backlash at the beginning of the 20th century. Some psychologists believed that tomboys tend to become lesbians. In fact, there was a perceived notion that a young woman who is a tomboy will refuse motherhood, abandon her parents, and become a lesbian. That sounds quite absurd but at the time Hollywood helped perpetuate a stereotype that a tomboy is a predatory butch lesbian.

To this day a heterosexual or gay young woman who behaves and dresses in a masculine-leaning way is often called a tomboy. A girl who behaves in a boyish manner, a girl that plays with children in a way that is associated with boys, a girl that does not respect the standard ideas of femininity is often labeled a tomboy.

There is even a misconception that girls who prefer a t-shirt and jeans over dresses during childhood will grow into women who refuse to adhere to feminine gender ideals. Some may stay tomboys for life. Some, especially lesbians, say being tomboys was an essential part of growing up.

There are also many lesbians that have a tomboy lifestyle but enjoy bending the norms with respect to sexuality and gender. Despite the somewhat negative connotation of the term tomboy, many lesbians prefer to be tomboys when it comes to their gender expression.

There are other terms that may be confused with tomboys.

A tomgirl is one of the newer terms. It typically refers to a man or male-identified person that does conform to the standards of masculine behavior. Tomgirls enjoy dressing in a feminine way and have a female-leaning gender expression. They often have personality traits that are frequently associated with womanhood.

Butch is a term that refers to an individual's gender identity as well as expression. Many butch lesbians have masculine characteristics but do not consider themselves tomboys. Butch people may or may not have expressed themselves as tomboys during their adolescent years.

A high femme may be considered the opposite of a tomboy in the lesbian community. These lesbians love wearing dresses, lipstick and express themselves in extremely feminine ways.

A girly girl is a girl or a woman who has a traditionally feminine style. They typically wear makeup, pink dresses, and skirts, enjoy feminine activities and adhere to the traditional gender binary view of a girl.

Tomboys most commonly identify as women and use she/her pronouns. That said, there are many transgender and non-binary people that may identify as tomboys and use gender-neutral pronouns like they/them. There are also people who prefer to use the pronouns of their own choice.

Always state your pronouns first in conversation. Ask the person about their pronouns and never assume their gender based on gender expression.

There is a tomboy flag. It was created in 2017 by an unknown artist to represent tomboy lifestyle. The flag features seven stripes with colors representing the following: 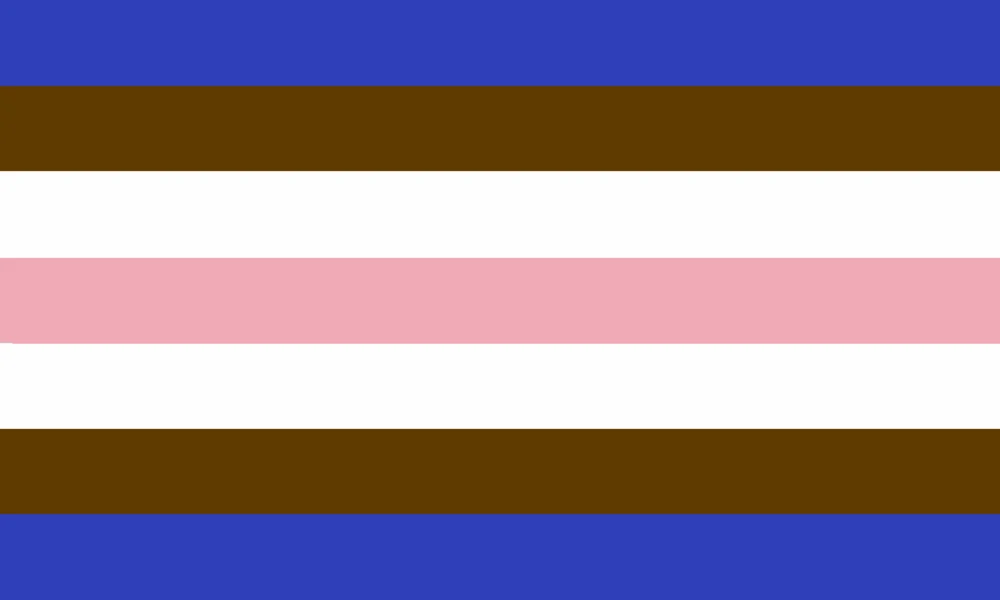 There is also an alternate version of the tomboy flag featuring orange and purple gradients to represent femininity and masculinity respectively. 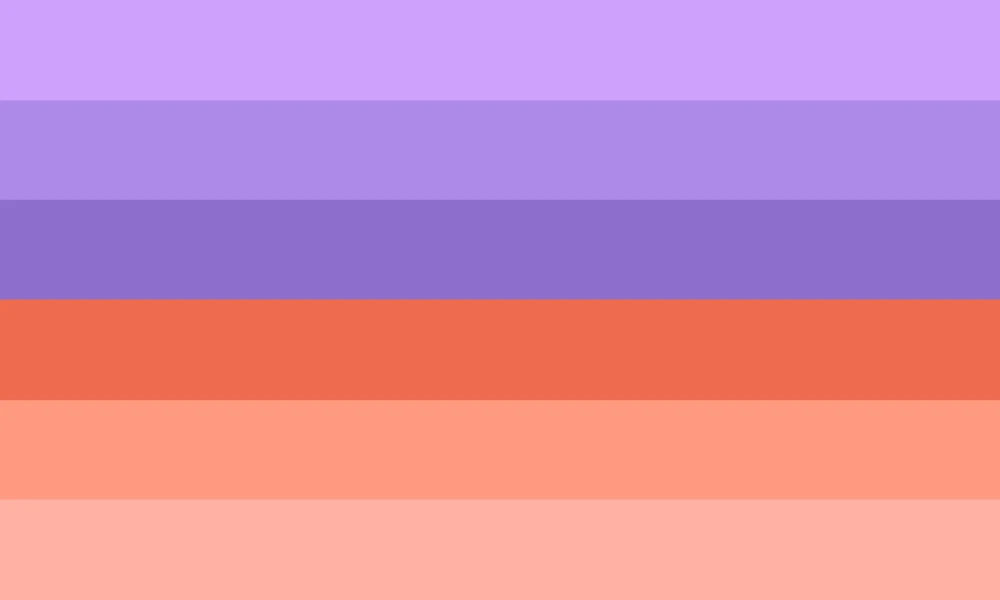 How to Know if You are a Tomboy?

There really is no test to take on whether you are a tomboy or not. Granted, there are many available online that have a similar outline. A tomboy is generally a woman or a female-identifying person who expresses themselves in a traditionally masculine way through clothing, mannerisms, and attitude. They tend to have a lifestyle that involves sports and outdoor activities.

You may prefer to express your gender as as a tomboy if you:

Tomboy style may be described as comfortable, sensible, sporty as well as relaxed. Think baggy or loose-fitting tops combined with skinny jeans. Sometimes baggy clothes like tracksuits or loose-fitting jeans will be a part of the wardrobe. Majority of the clothes are in neutral shades like black, gray, white, maroon as well as dark blue.

Many rock a great pair of sneakers with a hoodie and jeans as their go-to swag. A few wardrobe staples are:

Hair is also an important way to express yourself as a tomboy. Most tomboy girls have short or medium hair, but some also have long tresses they keep tied up. Styling is not that important as long as it does not take too much effort.

Tomboy women often do not wear makeup but some experiment with neutral shades and concealer. There is no right or wrong when it comes to putting on make-up if you are a tomboy.

Challenges Being a Tomboy

From its first use to this day the term tomboy has gender expectations and boundaries wrapped into it. To some, it is a term they feel comfortable with to express their identity, to others it is the expression that feels best during their journey to self-discovery.

There are many challenges associated with being a tomboy in a culture that focuses so much on the gender binary.

Tomboys typically struggle with people assuming their gender identity based on their expression. A friendly reminder to everyone - never assume someone’s gender! If you are uncertain - politely ask the person.

Some straight women tomboys struggle with people’s assumptions of their sexuality. Again, a word of advice from us to everyone: please never assume someone’s sexuality based on the person’s gender expression.

Often tomboy girls feel added pressure to adhere to the norms and standards of society. There are many tomboys that enjoy bending the rules and testing the waters of masculinity and femininity. Sometimes they enjoy dressing up, but face added attention and unwanted judgment from people which may cause struggles with mental health.

Julia Sotska
Julia Sotska is a former Senior PR Manager at Taimi. She hails from Toronto, Canada where she studied Communications and Journalism Broadcasting. Julia is an experienced journalist, TV producer, editor and communications manager. Her work has been featured in prominent publications in Canada, the United States, Australia, the United Kingdom, and more. Julia is passionate about LGBTQ+ and disability rights, mental health, wellness, and parenthood.
What do you think?
👍 Upvote - 11 😝 Taimi - 0 😍 Love - 0 😯 Surprised - 1 😢 Sad - 0
Get Taimi App for Free