Sapiosexual - What is it? What does it mean?

Sapiosexuality is the sexual attraction to intelligence and brainpower. The word describes the sexual identity of those who are sexually attracted to a person’s mind, i.e., intelligence is the determining factor in how attractive they find others.

But a sapiosexual person isn’t just sexually attracted to bright and intellectual people; knowledge and wisdom are their main points of attraction. Some sapiosexuals may find themselves unable to find sexually attractive someone who lacks these characteristics.

A sapiosexual person can have any sexual orientation, meaning that this label does not define the gender(s) that attracts them. Regardless of their sexuality (homosexual, pansexual, heterosexual, etc.), as long as someone is attracted to intelligence, they can call themselves sapiosexual.

Is sapiosexuality an orientation in itself?

Yes and No. It depends on each person and how they choose to use the sapiosexual label. While some may use sapiosexuality to describe that they find people attractive based on their intellect and brains, regardless of gender, others label themselves as sapiosexual but still have specific gender preferences.

Is sapiosexuality a fetish?

It can be, yes. Those who find highly intelligent people overwhelmingly arousing, rather than just romantically and/or sexually attractive, may consider sapiosexuality their fetish.

However, not all sapiosexual people would agree with placing sapiosexuality in the fetish category and would rather call it a sexual identity. After all, intelligence can bring other forms of attraction, not just sexual.

Not at all. Similarities may bring people closer, but differences are exciting as well. Although studies are still scarce in this matter, nothing indicates that sapiosexuals are more prone to dating other sapiosexuals.

Is sapiosexuality a toxic/discriminatory label?

As not all people are capable of leading an intellectual conversation, one could argue that sapiosexuals are elitist and discriminatory. There are also different types of intelligence, some of them even sitting outside conventional criteria.

Each sapiosexual individual is different, and the motives behind their choice to adopt this label also vary, but many argue that sapiosexuality is about empathy and consonance in a relationship, not intellectual superiority.

If I want my partner to be smart, does that make me sapiosexual?

Not necessarily. As it is a positive trait, many people may find intelligence attractive, but that doesn’t consequently make them sapiosexual. Sapiosexuality actually means taking that attraction to a much higher level.

Most people have general standards that attract them, from personality traits to physical attributes. Sapiosexual people, on the other hand, focus intensely on intellect and connect with smart people with much more fervor.

Are sapiosexual people only attracted to intelligent people?

Opinions seem to vary, but sexologist Shamyra Howard defends that just because someone is sapiosexual, it doesn’t mean they’re incapable of being sexually attracted to someone in consequence of other attributes related to personality or physique.

The wording was born from the combination of the Latin words Sapien (meaning rational, wise) and sexualis (meaning sexual). The Merriam-Webster dictionary defines it as follows:

of, relating to, or characterized by sexual or romantic attraction to highly intelligent people

Sapiosexual may be a relatively new word, but sapiosexuality certainly isn’t a novelty. Perhaps with the empowerment of the LGBTQ+ community, new terminology emerged to categorize different, already existent sexual identities, paving the way for the appearance of the sapiosexual concept.

The human intellect is complex and vast, which means that being attracted to intelligence isn’t an objective definition at all. According to psychologist Howard Gardener, there are nine different intelligence categories. Brainpower can be of an emotional, logical, or even artistic nature.

An intelligent conversation doesn’t necessarily have to be about mathematics or how the universe works; it can be about philosophy, language, or even music. If someone has extreme control over their body and excels at dancing or kickboxing, they can be considered brilliant.

Sapiosexuality is less about being interested in conventionally intelligent people and more about what kind of smartness interests you and attracts you sexually. While some prefer to talk nerdy, others may describe being extremely attracted to naturally gifted people.

The common ground for sapiosexuals is possibly the role physical appearance plays in someone’s attractiveness. While for many, attraction is based on a combination of looks and personality, the sapiosexual person focuses exclusively or almost exclusively on intellectual attributes.

Although each person is different, some sapiosexuals may look for relationships where their partner focuses on their mental capabilities and is less interested in how they look. That’s possibly the true essence of sapiosexuality - the triumph of mental abilities over the shallow depths of conventional beauty.

How do I know if I’m Sapiosexual?

To be a sapiosexual person, one does not need to have any specific sexual orientation, which means that it’s an open classification. If physical appearance has little to no meaning to you, keep reading - this might be the right label for you.

On a first date, you may prefer a quiet spot to have a long conversation and accurately measure your date’s intelligence. If you’re talking to someone online, you probably paid more attention to their bio and interests rather than their profile pictures. You may have noticed if they write correctly or if grammar isn’t their forté.

You’re capable of judging someone’s physical attractiveness based on your own standards of beauty or even according to conventional standards, but when it comes to a sexual or romantic partner, it just doesn’t matter much to you. On the subject of sex, it’s very little about the body and very much about intellectual stimulation.

When getting to know someone, it’s not exactly their face or their style that leaves the first impression. Love at first sight doesn’t mean anything to you because you need to hear what goes on in their mind to understand if there’s an attraction or not.

It might take you longer to develop attraction towards others than it does for most of the people you know. Since looks don’t do it for you, you need to get really acquainted with the person’s personality to understand whether or not they’d be a potential partner.

When you notice depth, knowledge, ability, or a big intellectual spark in someone’s head, you’re suddenly attracted. Other factors, such as gender or age, may also be defining in the equation, but it’s almost like they’re just the tip of the iceberg.

If you relate to some of these statements to a certain extent, that doesn’t automatically mean you’re sapiosexual. It’s not just about being more attracted to the mind than the body; it’s about having your sexuality depend almost completely on the person’s mental abilities.

There’s a big difference between valuing intelligence in a partner and being sapiosexual, but only you can truly say where you stand in the matter. If you feel like brainpower and intellect really determine your sexual identity, then you might identify as sapiosexual.

For sapiosexual folks, a conversation does more wonders than a look or a touch ever could - in a romantic, sexual, emotional, and even spiritual sense. If this doesn’t resonate with you, it doesn’t mean you don’t want your partner to be intelligent; it just means the intellect doesn’t determine your sexuality.

For those still hesitant on calling themselves sapiosexual, sexologist Shamyra Howard suggests posing the following questions:

If your answer to any of these three questions was yes, according to Howard, you would identify as sapiosexual.

Those who are sapiosexual find the capacity to carry a witty, clever conversation to be the most attractive trait in a person.

Wearing perfume or expensive or trendy clothes is often, if not almost always, a subconscious attempt to make up for an uninteresting mind.

Ever wondered what turns on a sapiosexual? Well, smart conversations do.

People who value intellectual intimacy identify as being sapiosexual.

… the continued popularity of sapiosexuality on dating apps shows just how much online dating changes the way we express our relationship needs and desires.

This attraction to intelligence among sapiosexuals is considered to be the primary and most critical criterion in romantic partner selection.

How to Support Someone who is Sapiosexual

As with any sexual orientation or identity, it’s always best not to make assumptions. The best way to show our support, in any scenario, is to, first and foremost, remove the pressure of expectation based on preconceived ideas and focus on openness and dialog.

If you have a friend or someone in your family who claims to identify as sapiosexual, they might take longer to find a romantic or sexual interest than it usually does for you. They may also seem pickier, which can prove tiring if you’re trying to play cupid.

As cliché as it seems, all it takes is patience and understanding. It may be difficult for you to empathize and place yourself in their shoes, as there are a few aspects to being sapiosexual that you might struggle to comprehend. In the world of dating, everyone has their own preferences; just think about sapiosexual people as having more specific and complicated standards.

When introduced to your sapiosexual friend’s date or long-term partner, avoid making comments about their looks or other superficial attributes. As these things are of very little importance to sapiosexual people, your friend might take those remarks the wrong way, have their feelings hurt, or simply feel misunderstood. Instead, try to engage in observations more related to their personality.

When it comes to a partner, it’s a whole other story. A relationship between someone who is sapiosexual and someone who isn’t doesn’t have to be a recipe for disaster, but an extra effort will be required.

What turns on your partner during sex will probably be very different from what turns you on, but that’s normal, even with people who aren’t sapiosexual. As long as your partner guides you through what they like and you make an effort to comply, life won’t be that hard for you in the bedroom.

If you compliment their looks, it’s possible they’ll have a weird reaction, as some sapiosexuals have almost no regard for how superficially beautiful they seem to others. They might also not compliment your appearance very often, which may hurt your feelings. Just keep in mind that they don’t do so out of thinking of you negatively; they just focus on your mental abilities.

In turn, don’t try to mirror the way they perceive attractiveness, as it may prove to be toxic to you and to your partner as well. Accept the differences in your relationship and stay true to yourself and your own preferences. Remember that just because your partner values intelligence almost exclusively, this doesn’t mean you have to. 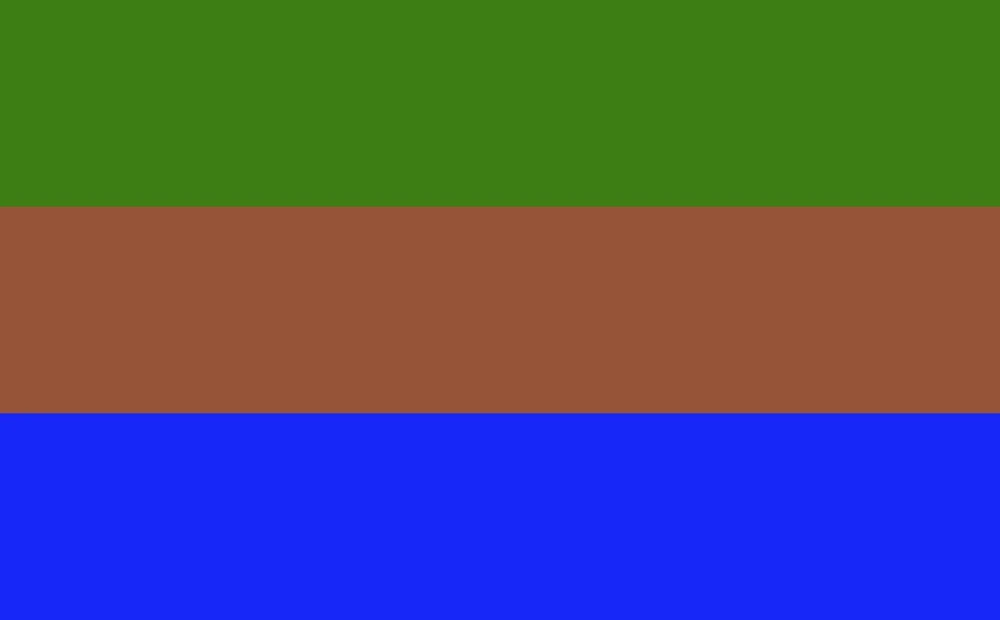 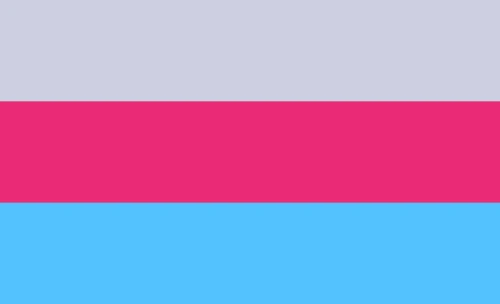 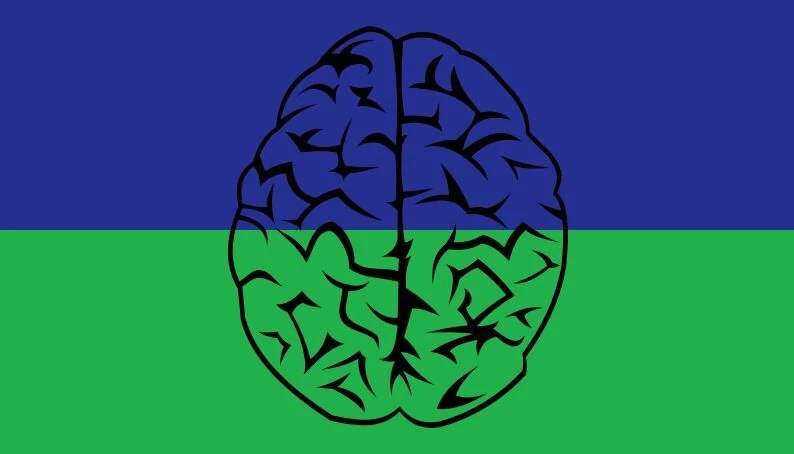 On The Green Couch

Juliana Teixeira
Juliana is a 25-year old lawyer and translator born in Porto, Portugal. Since 2019, she's been involved with many projects related to the Taimi app, from localization and business development to customer support and external communications.
What do you think?
👍 Upvote - 0 😝 Taimi - 0 😍 Love - 1 😯 Surprised - 0 😢 Sad - 0
Get Taimi App for Free