Pansexual - What is it? What does it mean? 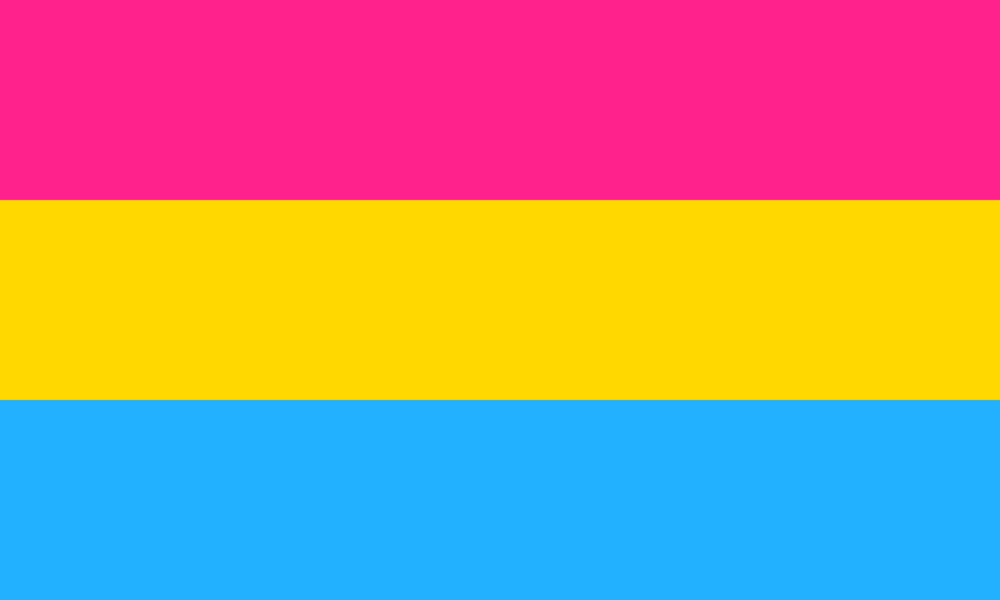 Pansexual means that a person experiences sexual or romantic attraction to people regardless of their gender identity. People who identify as pansexual may be attracted to any gender on the sexuality and gender spectrum.

Pansexual people are attracted to people of multiple genders. Some describe this sexual orientation as gender blind because gender is not a factor in pansexual individuals' sexual attraction to people. Pansexual people may be of any gender identity.

Some define pansexuality as a sexuality which is an umbrella term for sexual attraction to more than one gender. There are people in the bisexual community that believe it falls under the bisexuality umbrella. Pansexual is considered more inclusive than the term bisexual since pansexual people are attracted to people outside the gender binary.

The word pansexual means all sexualities. The prefix pan- comes from the Greek word meaning all or every. Other words that describe similar sexuality are omnisexual and polysexual. They do not mean the same thing as pansexual but can be used to refer to pansexuals.

“of, relating to, or characterized by a sexual or romantic attraction that is not limited to people of a particular gender identity or sexual orientation”.

It is important to note that pansexual people are attracted to people of all genders and sexualities. This means they are not “attracted to everything” so paraphilias are out of the question here. The term pansexual describes consensual sexual behavior between adults.

Pansexuality has a long history as a term. Merriam-Webster says the hybrid word pansexualism dates back to 1914. The word pansexual was translated to German as pansexualismus in Freud's work Group Psychology and the Analysis of the Ego. Some say Freud actually coined the term.

Pansexual became a common term to describe attraction in the 70s. It means that pansexuals were quite an active part of the LGBTQ+ communities movement for equal rights. The term emerged as a description for sexual identity in the 80s.

Pansexuality eventually solidified itself as sexual identity in the late nighties to include trans and nonbinary folks. Today young people identify more often as pansexual. An international holiday marking Pansexual and Panromantic Awareness day is on May 24. The goal is to raise awareness and celebrate the diverse identities.

Pansexuality is frequently compared to other identities. Among them are omnisexuality, bisexuality, polysexuality, and more. Pansexual and omnisexual people tend to use the words to talk about their orientation interchangeably. Some may choose to identify as both while others only prefer to use one.

There are times pansexual is used interchangeably with the term bisexual. Though typically people who are bisexual have sex with two genders. That said, a pansexual person may say their sexual orientation falls under the bisexuality umbrella.

There are individuals who identify as bisexual and feel that their partner's gender, biological sex, and sexual orientation are not the determining factors in a bisexual relationship.

The difference is that many prefer the term pansexuality because they say it is a much more inclusive term to describe sexual identity. Bisexual and pansexual are often used as synonyms but pansexuality is its own sexuality in its own right.

Some bisexual people dispute the notion of being solely attracted or only having sex with two genders. Bisexuality also stretches beyond the attraction to the binary sex. The term bisexual may also be defined as attraction to multiple genders. Many individuals that identify as bisexual also claim to be attracted to people regardless of gender or sex.

A bisexual umbrella may be used to describe a wide variety of sexual identities including but not limited to bisexual, pansexual, queer, genderfluid, omnisexual, polysexual, and more. According to Bisexual Resource Center whom Taimi works with during Bisexual Health Month which aims to provide medical advice and raise awareness of health issues bisexual people face:

Some people assume bisexuality is not inclusive enough and is limited to the attraction of people either of the same gender or the opposite gender.

Several peer-reviewed studies published in recent years compared bisexual and pansexual identities. In a 2019 medically reviewed study based in New Zealand researchers found that young people identify as bisexual much less than pansexual. According to that same study, pansexual people also reported higher levels of distress than other identities. People who identify as pansexual were a much more diverse group including many different genders as well as transgender and nonbinary people.

In another medically reviewed study pansexual identity resonated more with non-heterosexual women and people who identified as genderfluid, nonbinary, and transgender. Some scholars argue that pansexuality is a much better umbrella term than bisexuality. The argument is that pansexuality offers more overlap and extends much farther outside the gender binary.

These terms are often used as synonyms. Most people tend to use them at the same time. The standard definition of pansexual states that a pansexual person is not limited in choice to biological sex, gender, identity whereas an omnisexual person prefers to date diverse people regardless of their gender identity but noticing it.

No wonder so many people tend to confuse the two terms. Both pansexual and omnisexual mean all sexualities but in different languages. Pan prefix means all in Greek, Omni means all in Latin.

The key difference between the two is that pansexuality is the attraction to people regardless of their gender. Think about it as a pansexual person can date cisgender men, cisgender women, transgender men, transgender women, non-binary people, agender people without paying much attention to their partner's identity. An omnisexual person will be attracted to a cis man, cis woman, trans man, trans woman, non-binary person, agender person but know very well what identity their partner is though not caring much about it.

Polysexual people are not necessarily attracted to all genders. They like more than one, perhaps even more than two or three but definitely not all as implied by being pansexual. A partner’s gender is a factor when it comes to the attraction polysexual people experience.

Pansexuality is the ability to be attracted to people of all genders. Demisexuality focuses on the emotional bond to someone regardless of gender. Hence the attraction they may feel towards the person is unrelated to their identity.

Demisexual people only feel sexually attracted to someone when they have an emotional bond with the person. They can be easily attracted to two or more genders but have to have strong emotional ties with the person first. Demisexuals can identify as bisexual, straight, gay, pansexual, or any other gender on the spectrum. Demisexual people do not feel primary attraction rather they feel secondary attraction after establishing a strong emotional bond with a person.

Pansexuality includes a variety of genders. Cisgender, transgender, nonbinary, and other genders may all identify as having a pansexual orientation. Pansexuals may use many different pronouns like gendered pronouns she/her or he/him as well as neutral pronouns like they/them.

Pansexual people may also use the pronouns of their choice like xe/xem or ze/zir or ee/eem and many other ones out there.

So, it is always best to share your pronouns in conversation. Always use inclusive language and ask for the person’s pronouns. Please remember to never assume someone’s pronouns based on their style and expression.

The pansexual flag is frequently seen at Pride events around the world. It was created in 2010. The flag has three distinct colors. These colors are pink, yellow and blue.

The meaning is debated to this day with some choosing to use alternate pansexual flags to showcase their pansexual pride. 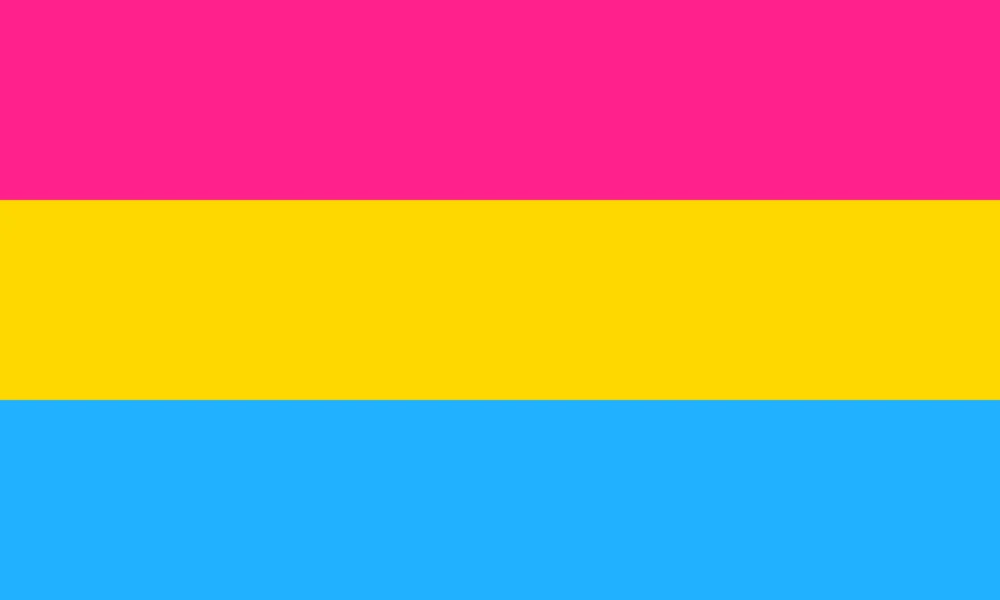 A very common symbol that may be sometimes used to represent pansexuality is the letter P with an arrow and crossed tail.

The symbol is sometimes used together with a pansexual flag to showcase pansexual pride. 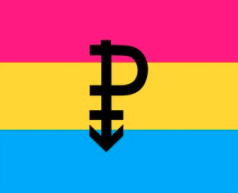 How to Know if You are Pansexual?

If you feel the term pansexual fits you well and is the best way to describe your sexuality then feel free to use it! Only you can tell yourself what identity feels right.

Putting a label to your identity and orientation can often be a very positive experience. Identifying as pansexual may help you find a community of the same people who support and share your ideas and goals. But labeling your identity should not come under any pressure or cause mental distress. Rest assured that you do not have to stamp a label on yourself just because you can see beyond the sex assigned at birth.

Your pansexuality is valid regardless of you stating it to the world or not. You may choose to keep the info private and that is absolutely fine. If you think you are pansexual, start by asking yourself a few questions to determine whether pansexual is the correct label for you.

Identities can shift and change. One person can have multiple sexual identities so do not feel limited to just one term. You can identify as pansexual but also include other identities that feel right for you.

Some people view being pansexual as being open to loving all genders. Others say this leads to a stereotype that pansexual people are promiscuous and cannot secure long-term relationships.

Pansexuality is yours to claim if you feel that gender does not play a role in your attraction to people. To you, forming relationships with people has nothing to do with their gender. You do not care about their identity. Being pansexual does not equal being polyamorous. The potential of being attracted to people of any gender does not influence whether a person has multiple partners or not.

Pansexual people sometimes can be in straight-passing relationships. Their sexuality may be overlooked or even dismissed by others because of their partner’s cisgender and heterosexual identity. Pansexuals in these types of relationships may face mental health struggles due to their identity being unrecognized. Always keep in mind your pansexual identity is valid no matter what anyone else says.

It is very important to remember that there is no need to come out to your family and friends as pansexual if you do not feel comfortable doing so. Coming out as a pansexual person has to come at the time and place when you feel is best for you to share the news of your identity with your loved ones.

In some cases, coming out may help with aggression and frustrations in relationships. Coming out can have positive long-term effects on people’s mental and physical health. If you do choose to come out make sure you keep your and your partner’s safety a priority. Be careful not to out yourself or your partner unwillingly.

If you feel like you want to do your part and show support for pansexual people you can start by doing the following:

There are also many organizations working with LGBTQ+ youth that focus on pansexuality. Some celebrities that recently came out as pansexual also have charities that they actively support. You can join the many communities under the hashtag on social media websites like Twitter and Reddit. You may also search for your local community groups that focus on working with people who are pansexual.

Your support can go a long way in terms of breaking the myths and misconceptions associated with pansexuality.

An alternate version of the flag:

Another alternate version of the flag: 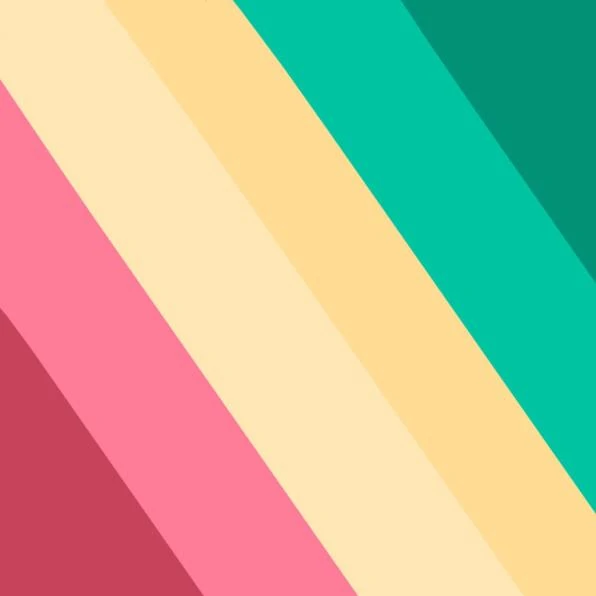 Another alternate version of pansexual flag

Julia Sotska
Julia Sotska is a former Senior PR Manager at Taimi. She hails from Toronto, Canada where she studied Communications and Journalism Broadcasting. Julia is an experienced journalist, TV producer, editor and communications manager. Her work has been featured in prominent publications in Canada, the United States, Australia, the United Kingdom, and more. Julia is passionate about LGBTQ+ and disability rights, mental health, wellness, and parenthood.
What do you think?
👍 Upvote - 0 😝 Taimi - 0 😍 Love - 3 😯 Surprised - 0 😢 Sad - 1
Get Taimi App for Free