Questioning - What is it? What does it mean? 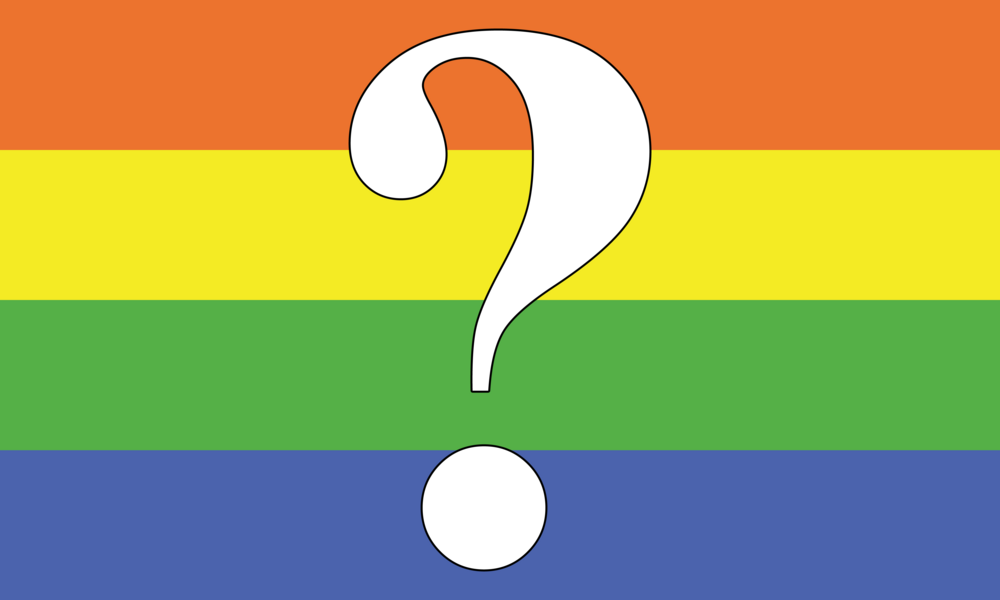 Questioning sexuality typically refers to a process of learning and exploring one’s sexual orientation. The questioning process may also include discovering a person's sexual identities, romantic attraction, gender, or expression in addition to sexual orientations.

Questioning is not limited to a certain gender or age or time in a person’s life. The idea of finding a true sense of self, a label that fits  one's sexual attraction and orientation can take a great deal of time. For some people questioning revolves around the gender binary, discovering their true gender as opposed to the one assigned at birth.

Questioning can be a process of exploration for people who believe they are LGBT+. The letter Q is sometimes referred to as questioning in the acronym LGBTQ+.

The terminology around sexuality and gender has certainly evolved in recent years. Sexual minorities are no longer afraid to wave their pride flags. People who are sexually attracted to either the same sex or the opposite sex or more than one gender do not have to fit into society's boxes.

Those who are questioning their identity, sexual orientation as well as romantic orientation may use a variety of different labels. Some of these identities may be bicurious, androcurios, gynecurios and so on.

Many young people go through a questioning stage. That said, questioning can happen at any point in time during a person’s lifetime. Some people form romantic relationships and firmly believe they are straight for years prior to starting to question their heterosexual orientation.

Questioning individuals may explore their genders, sexualities, attractions, feelings. It is important no note that those who may identify as male, female, nonbinary, transgender, intersex people may end up on a self discovery journey.

People's sexual development and how they experience sexual attraction have nothing to do with gender roles in society. Discovering one's true self does not equal being bisexual, lesbian or gay. It also does not immediately put a person on the asexual spectrum. For example, there are some people that question both their sexual orientation as well as their identity.

There are many labels that people can relate to and apply to describe their sexual identity and/or genders. Some people find a certain label fits them better than other people. Research shows that people may seek labels to refer to themselves throughout life. Sexuality can and often does shift over time. No matter what your sexual identity and/or gender is at the moment it is valid and should not be questioned by anyone but yourself.

During teenage years many people construct their identity and question their gender, sexual or romantic attraction, and so on. This is why it is extremely important to support LBGTQ+ youth since they are more likely to face discrimination, bullying, and harassment.

People who are in the process of questioning can be cisgender, transgender, or nonbinary. This means that individuals of different genders may identify with many terms and use a variety of different pronouns from gender-specific like she/her and he/him to gender-neutral ones like they/them.

We hope that by now you know not to assume people’s gender based on their sexual orientation, presentation or expression. Always ask about the pronouns a person prefers using and share yours in conversation. 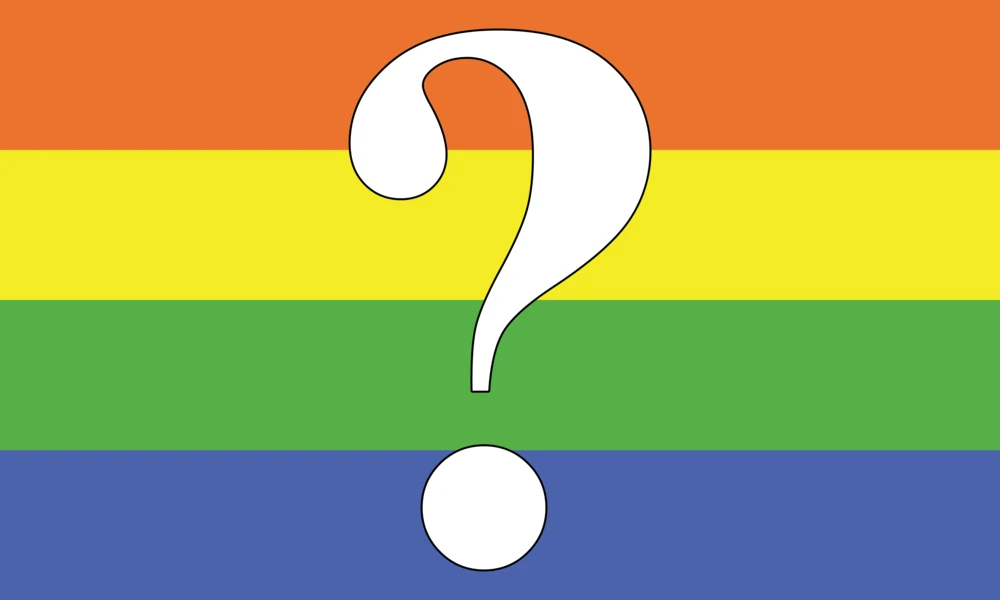 The questioning symbol has no specific meaning. It looks like a question mark with a male symbol on one end and a female on the other. 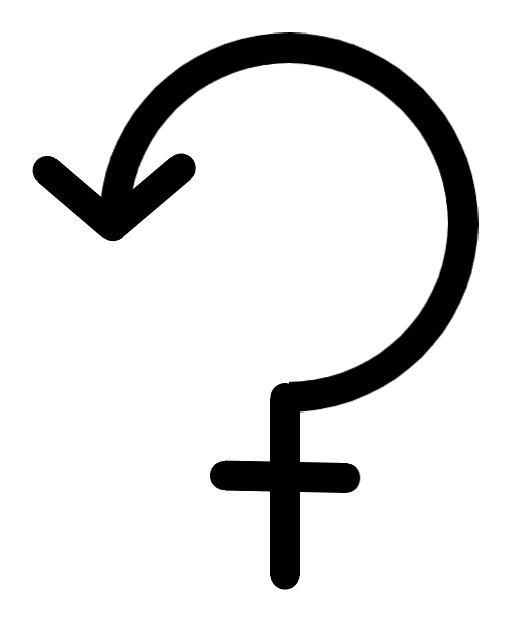 How to Know if You are Questioning?

Questioning is an umbrella term. So, it includes  is an individual and very personal journey. It is a process that a person goes through on their own terms. Some people are quite comfortable discussing sex while others are not. There are folks who question only for a short period of time while others take their whole lives to discover themselves.

This is not an overnight decision. For many, it takes time to figure out who they truly are. If you are questioning whether you are gay, lesbian, bisexual or pansexual person - know that you are not alone! Your experiences are valid and there is a great and supportive community of people out there.

Always remember that understanding yourself may take longer than expected.  It can happen at any age and does not have to limit you to anything.

So, please do not assume that questioning your sexuality only has to happen during adolescence. Identity and sexual orientation are fluid so exploring them can happen at any time. Many people do not start questioning their sexuality and/or gender identity until later in life. Sex research suggests that many bisexual women in heteronormative societies identify as heterosexual women for the fear of being judged. That said, there are many studies that show people’s shift in attractions and gender identities between the ages of 18-75.

That said, people discover themselves later in life. Unfortunately, many adults have been forced to live in heteronormative societies in the past where exploring one’s sexuality and identity was taboo. People were subjected to conversion therapies and other gruesome tactics just to fit societal norms. So, experiences of older people who are questioning their sexuality and identity are just as valid as those of their younger counterparts. Studies show that people who lived in heteronormative and non-queer friendly environments often delay questioning or exploring their sexual and romantic attraction as well as gender identity. Also, individuals who did not have enough positive and accurate information about LGBTQ+ community are more anxious about questioning themselves.

How to Support Someone Who is Questioning?

If you would like to support someone who is questioning their gender, sexual, and/or romantic attraction you may start by doing some of the following:

Remember to never judge someone or assume their sexuality based on your thoughts and feelings. Their identity is theirs to discover, so be a helping hand, an avid listener, and an ally. 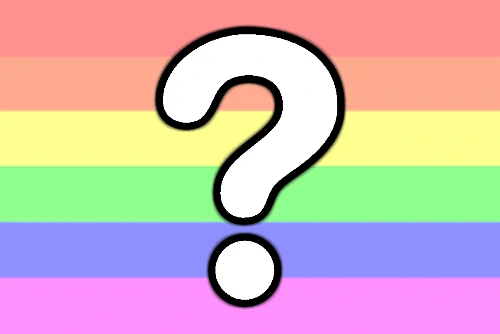 An alternate version of the questioning flag by Swock 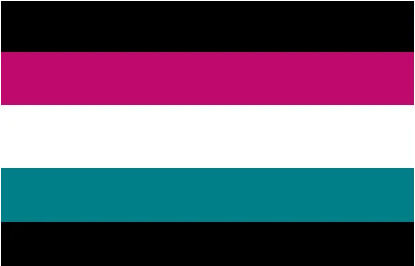 Another version of the questioning flag by protego-et-servio 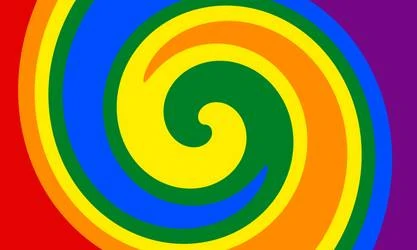 An alternate version is available online

Another questioning flag variant by Enbygsrd 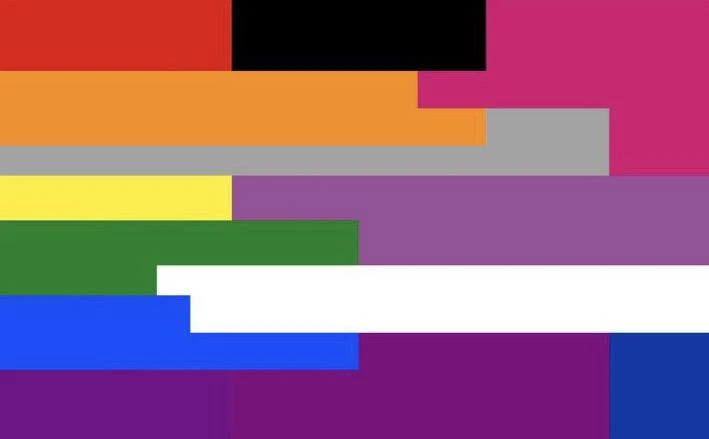 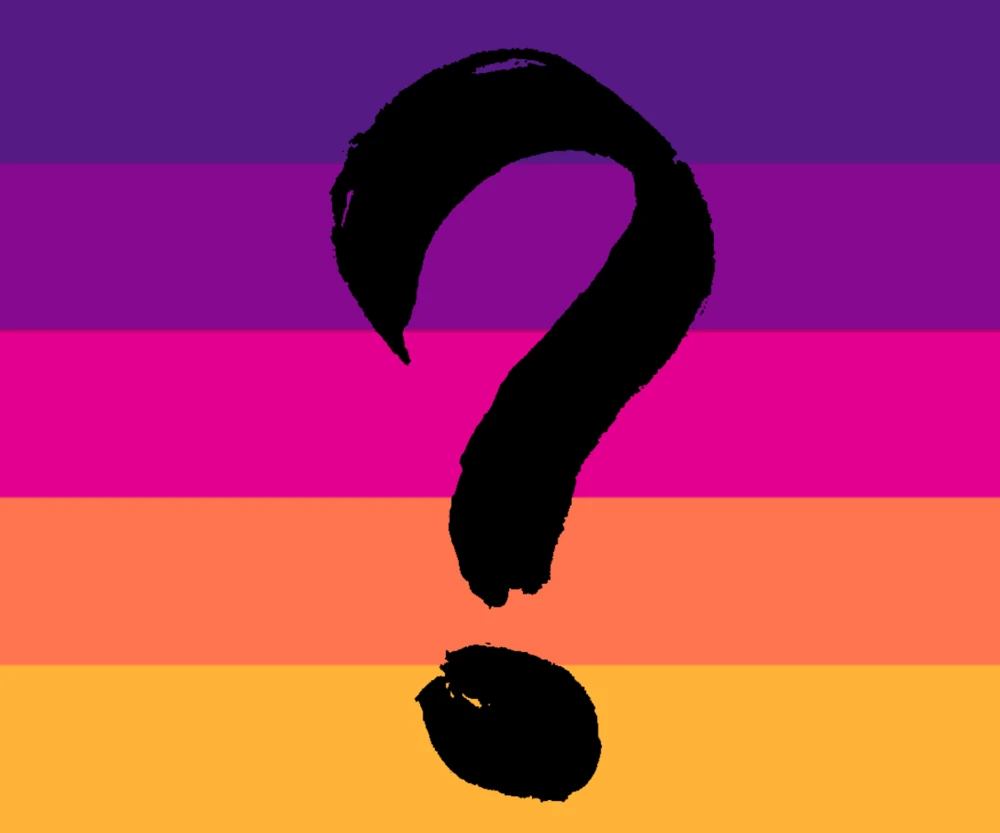 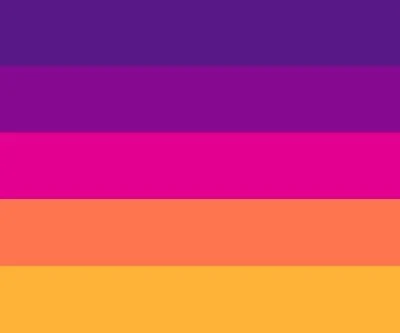 A version without the question mark