Pangender - What is it? What does it mean? 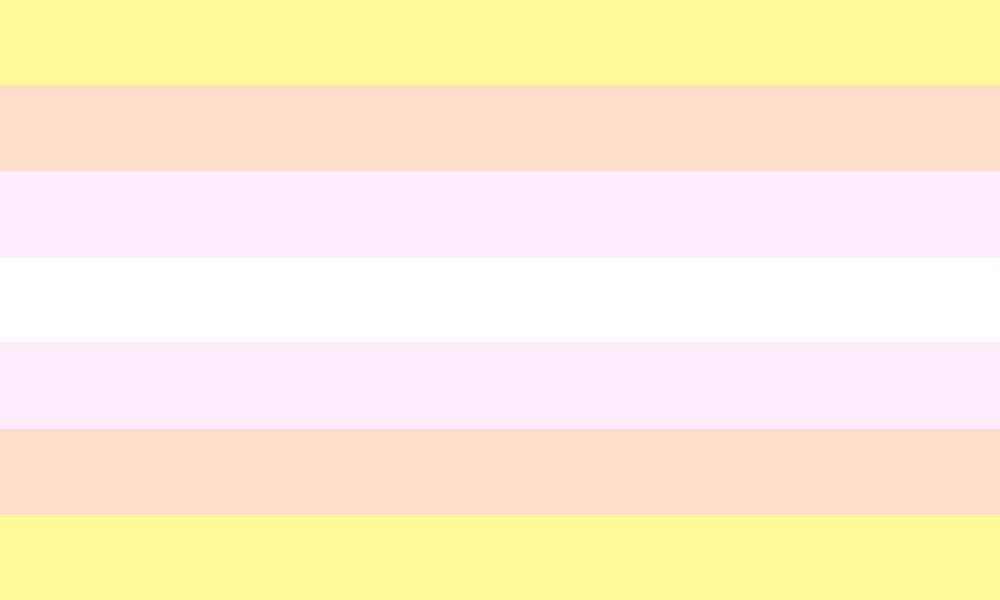 Pangender is a gender identity with space for multiple genders. A pangender individual most often identifies as either a wide variety of genders - fixed or fluid - or as just one that encompasses a variety of labels. As such, the gende(s) of someone who identifies this way may fluctuate wildly at different times. Alternatively, the term can define someone who relates to all these genders simultaneously. The term includes genders across the spectrum.

The term that falls under the non-binary Pangender falls under the non-binary genders umbrella, more specifically under the multigender umbrella (literally: having multiple genders). The term is most commonly used as a way of describing one orientation in particular, or as an encompassing identity, under which various other identities can be grouped, coupled, or linked. There is not one single exact "definition" of the term, as there can be some variance between how different people interpret the term. Katie Lasson, a sexologist for Peaches and Scream, says pangender people are comfortable with different kinds of labels, whereas the UrbanDictionary defines  it as a gender identity referring to a "diverse multiplicity of genders in the same individual that can infinitely extend."

Much like in the word 'pansexual,' pangender comes from the Ancient Greek word "pan," meaning "everything," "all," or "entirety." As such, the literal definition is something along the lines of "all the genders" or "an everything-gender."

There are several terms closely related to pangender, either because they are similar in scope or meaning, or because the terms often get confused. Below, we outline some of the most common synonyms, false friends, and commonly-associated terms.

Polygender is a non-binary identity in which a person feels that they have more than a single gender identity, potentially but necessarily at the same time. The majority of genders falling under this umbrella are not related to female-male genders, although this is not always the case. This means that all pangender individuals are polygender, but not vice versa.

Omnigender comes from the Latin word "omnes/omnia," which has essentially the same meaning as the Ancient Greek "pan." As such, omnigender is often treated as being a synonym, with the most notable exception that there are also those who, instead, identify omnigender as relating to almost all gender

Maxigender is an alternative term with the same meaning, except it has a specific emphasis on the fact that one person cannot relate to all existing gender identities as they are limited in their choice of culture-specific, neurotype-specific, or other life experience-specific genders. Instead, maxigender people are those whose gender is related to as many identities as possible with their life experience, as to not appropriate any culture.

It should be noted that people who do use the word pangender are not insensitive to culture or other life experience per se.

As mentioned above, there is a shared Ancient Greek root with pansexual. However, other than this, and the fact that, as a result, both terms relate to a sense of "everything" or "all," the two terms are very different: pansexual is a sexual orientation, relating to a person's gender preference (or rather, lack thereof) for sexual activities, whereas a pangender person uses this term only to talk about their own gender(s).

The first mention of the term pangender dates back to 1992. The term was first used in the preface to The Flock, a novel by Lynn Wilson about living with a (dissociative) identity disorder. The book talks about gender-nonconformity. Since then, and partially due to its simple etymology and easy-to-understand definition, the term has become more broadly used over time with different people assigning different definitions of the term, which contributes to the unclarity surrounding its exact definition today. In the broadest sense, this term has, at times, been used to describe any gender that is not female and male, although this definition is not current anymore.

Since the 2010s, the definition of the term has become more uniform, with the term being officially embraced by the wider LGBT community.

The pangender flag was proposed by Cari Rez Lobo at Pangendering in 2015. The flag consists - from top to bottom - of a stripe of yellow, a stripe of a very light red color, a stripe of a light violet pink color, and white, after which it mirrors. 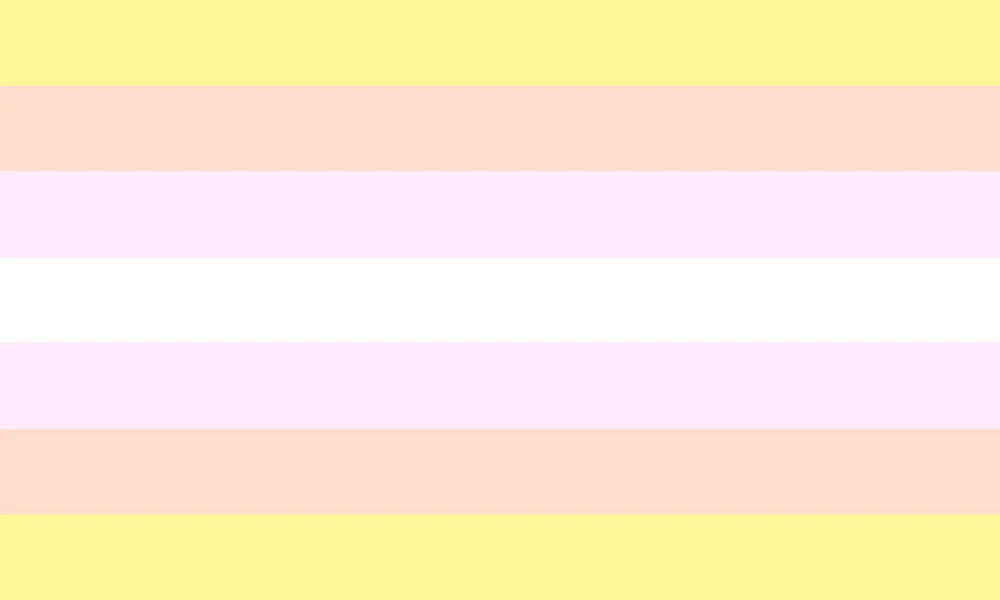 All colors of the flag are very light and bright, because the white color represents broad inclusion; white light has all the different colors in it, much like how pangender has all the genders in it. The yellow represents all genders not related to female and male, the light red color stands for the transition to the genders associated with the male and female binary, and the violet refers to the transition to and combination of female and male.

Finding the correct pronoun can be a very sensitive topic to anyone, but in particular to a pangender person. Much like a transgender person, someone who feels comfortable with the pangender label has actively defined their own gender(s), and respecting this is important to them, with the ways in which you refer to them being the main examples of how you can make sure to be respectful to one's preferences. As such, always ask a person what their relevant pronouns are and respect them.

To figure out whether you are pangender, ask yourself these three questions:

If you answered yes to all of these questions, this may be a strong sign that you could be pangender. Search for others who identify as pangender and talk about your shared life experiences to find out more!

How to support someone who is Pangender

Here are some tips on how to support your pangender friends or family members: 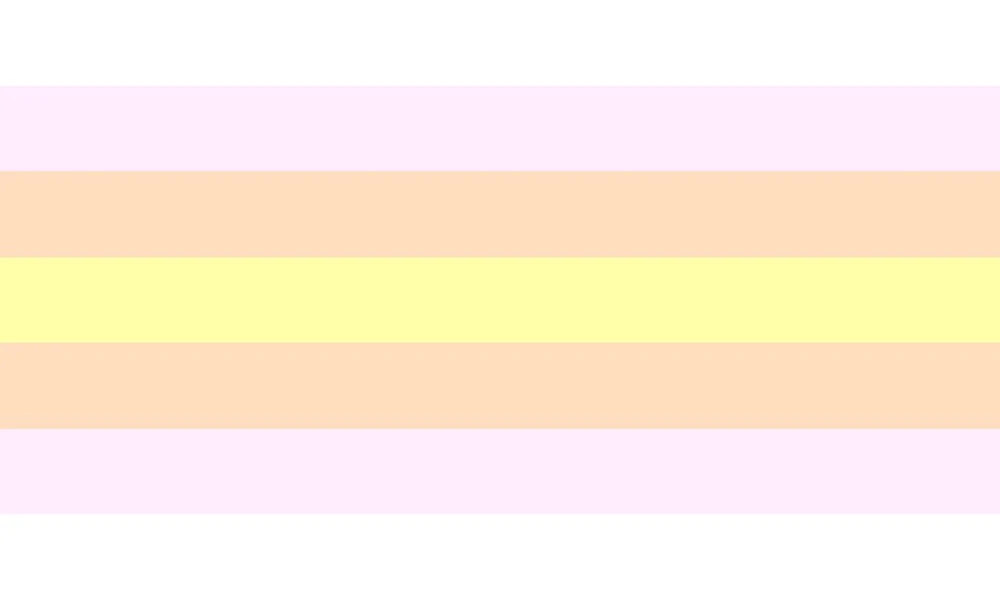 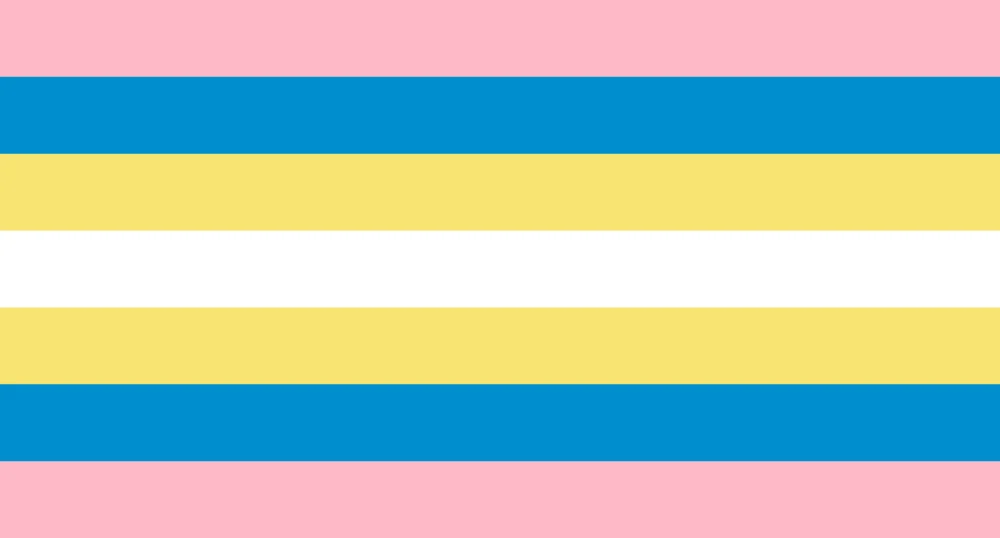 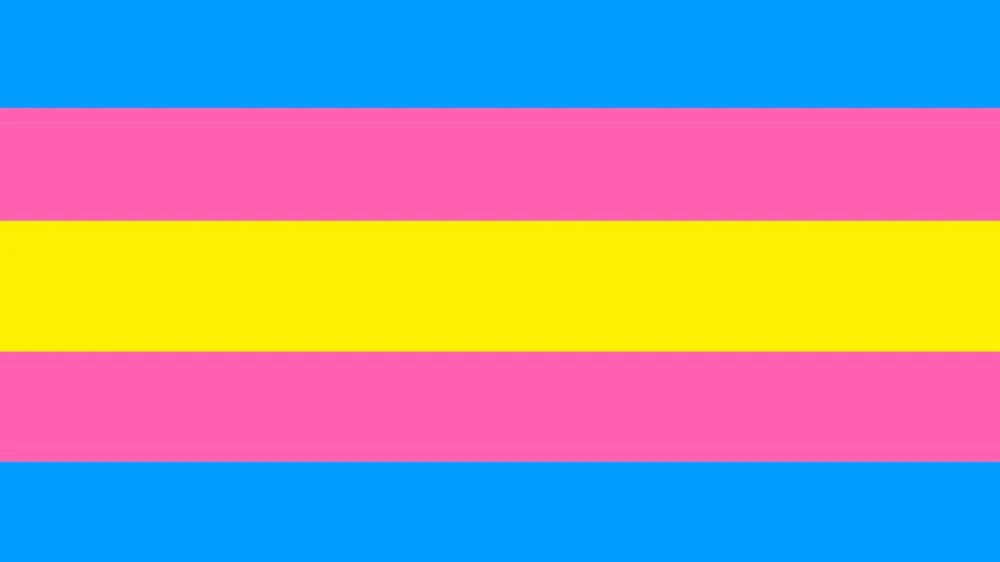 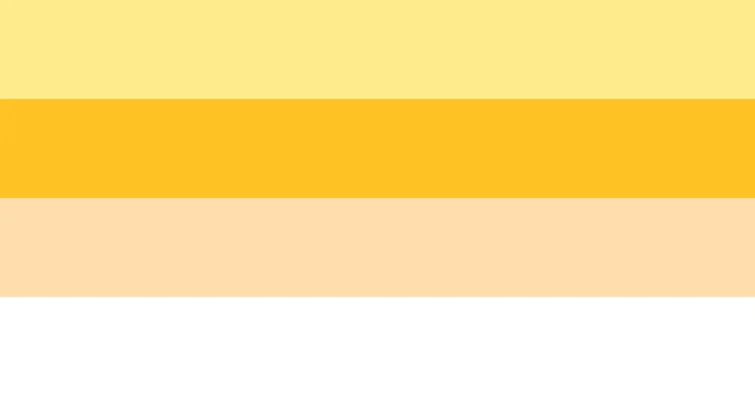