Demiromantic - What is it? What does it mean? 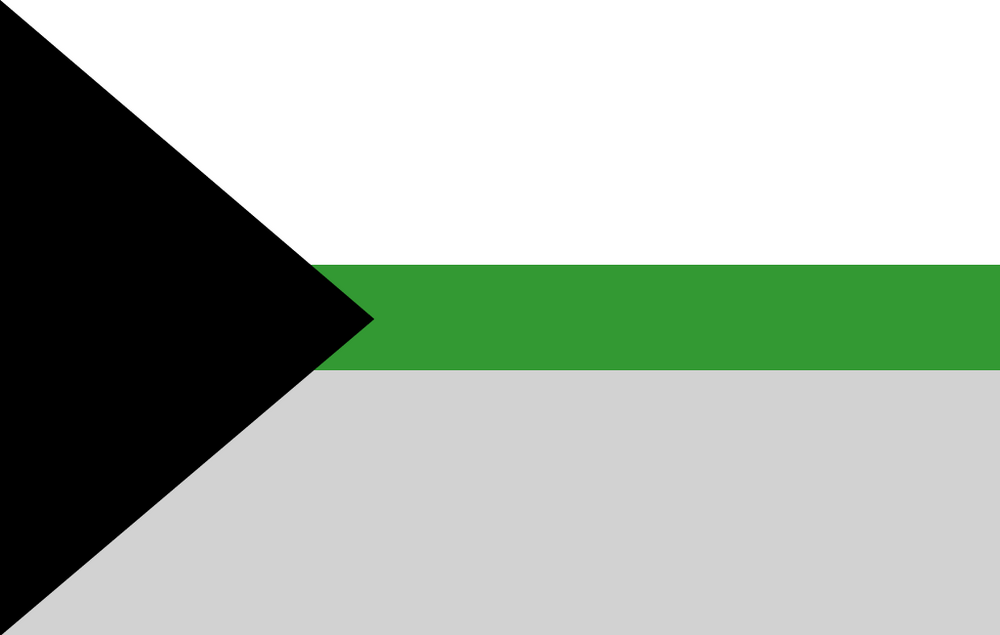 The bond or connection may be different for each demiromantic individual. Some experience it through sexual feelings, others solely through romantic, there are some that will develop sexual and romantic attraction.

The term demiromantic is an adjective. According to a Word Sense dictionary the word stands for:

“Romantically attracted to people only after forming deep emotional bonds”

Demiromantic folks are on the asexual/aromantic spectrum. This means that they only feel romantic attraction to anyone only in certain situations. For demiromantics, developing a deep emotional connection is a must in order to be attracted to a potential partner.

That said, an emotional connection does not mean that a person will fall in love with them. Demiromantic persons can enjoy the idea of romance with their crushes, but the difference is that their crushes are not strangers. They object of demiromantic desires is typically a person from their life with whom they have formed a connection with.

Demiromantic as an Orientation

It is very important to highlight the fact that the definition of demiromantic does not include the stereotypical romantic attractions to friends, sexual partners, or other people. It is not like a light switch that goes off to start liking someone.

The term basically excludes the possibility of a relationship unless there is a formed close emotional bond between future partners first. For example, a demiromantic person will only be able to feel romantic attraction to anyone if there is an already formed and established relationship.

Demiromantic people may enjoy sex with new partners but they will not have a romantic feeling towards them.

The word demiromantic goes back to 2008. According to several online resources, the Asexual Visibility and Education Network or AVEN coined a similar term demisexual at around the same time.

Demi in Latin means divided in half. Since demiromantic is somewhere between aromantic and romantic the term resonated for many people who are on the spectrum.

One of the most common terms demiromantic gets confused with is demisexual. It is indeed possible for someone to be both demisexual as well as demiromantic.

Demiromantic individuals can and often do experience sexual attraction to other people. They can only experience romantic feelings for people they have a deep bond with. That bond or connection may take months or even years to build.

Demiromantic flag typically features four colors. They are white, grey, green, and black. The most common flag for demiromantic people is based on the aromantic pride flag.

The meaning of the colors is up for debate, but many describe the thick white stripe as sexuality, agender identity as well as being outside the male-female binary. The grey strip stands for grey aromanticism as well as the asexuality spectrum, the black for sexuality, and the green represents demiromanticism as a whole. 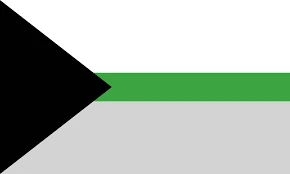 There is an alternate flag version featuring a yellow stripe. The flag is very similar in design to the most commonly used demiromantic flag. 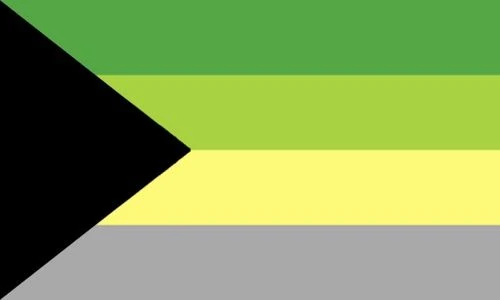 Another version that can be found online is a flag that features five horizontal stripes. Its colors remain green, grey, white, and black. They describe the same ideals as the most commonly used demiromantic flag. 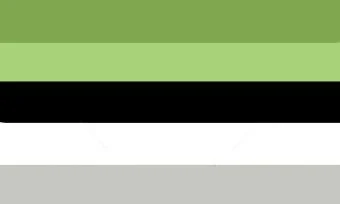 There is a symbol representing demiromantic orientation. It is not necessarily representative of all demiromantic people. The symbol is a black and white heart that is somewhat similar to the symbol for demisexual people. They use a circle with a black part to symbolize their sexual orientation. 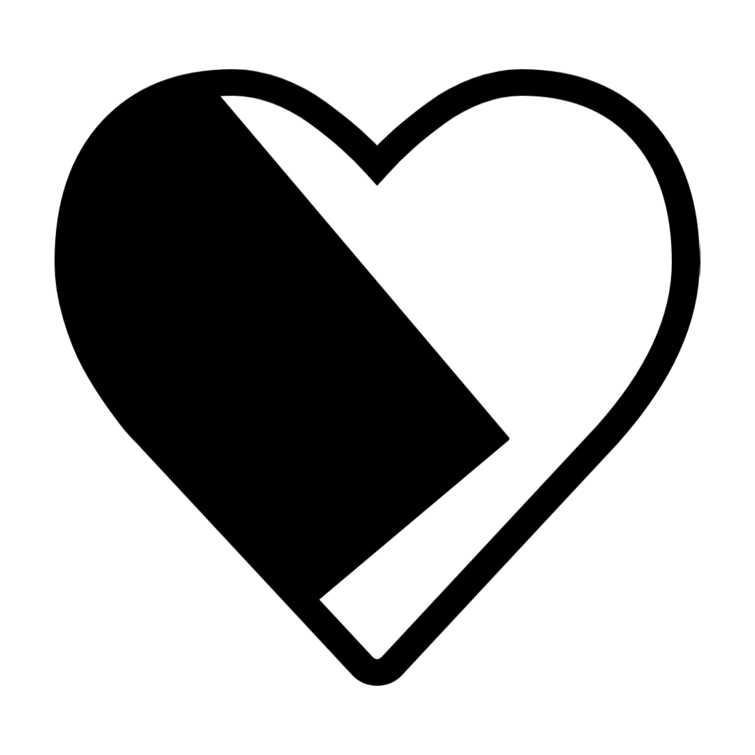 Demiromantic people can be of many different genders and any sexual orientation. They may use gendered pronouns like he/him or she/her. Some demiromantics may use they/them or pronouns that are gender neutral like xe/xem or ze/zir. It is always important to use inclusive language. Share your pronouns first and ask a person about their preferred pronouns. Never assume someone’s gender based on their romantic or sexual orientation or gender expression.

How to Know If You Are Demiromantic?

There is no right or wrong way to be a demiromantic individual. Some people realize fairly early on that they are demiromantic, others take years to understand the intricacies of their romantic attraction to people.

A demiromantic often likes physical affection. So, if you enjoy cuddling, hugging, touching, even having sex with someone you may still be demiromantic if you do not feel romantically attracted to the person without truly getting to know them first.

Demiromantic people feel attraction only in particular situations. Think about the people you tend to be attracted to.

If you’ve answered yes to these questions, you may be a demiromantic. Some demiromantics take a long time to trust people, so they may appear cold and untrusting early in relationships.

Remember that coming out as a demiromantic person is your decision. It should not be forced upon by anyone. If you want to share the news about your romantic orientation with friends, family, coworkers, or colleagues please make sure to do it in a safe way.

Being demiromantic is different for every demiromantic person out there. Some experience romantic attraction earlier than others. There are many demiromantic folks that enjoy going out and dating.

Many demiromantics only date people they have a certain emotional relationship with like close friends. Some avoid romantic relationships altogether because they are unable to experience attraction in traditional forms. There are those that do not talk about their desire for the fear of rejection.

This does not mean that demiromantic people cannot form relationships. In fact, there are many who have meaningful and long-lasting relationships. The important thing to keep in mind is to seek relationships that are fulfilling, healthy and happy.

Being demiromantic may seem like something new and unfamiliar. It is important to educate yourself as well as others on demiromanticism.

You can start by doing some of the following to showcase your support for demiromantic folks:

There are many demiromantic flag designs available on the internet. Among them are these alternate versions: 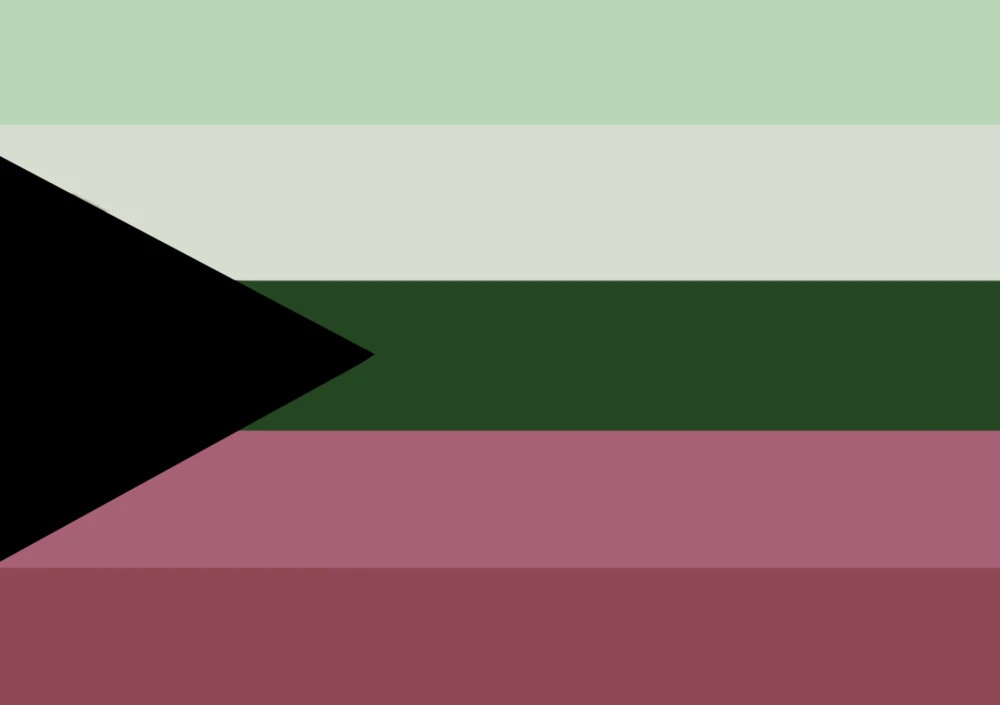 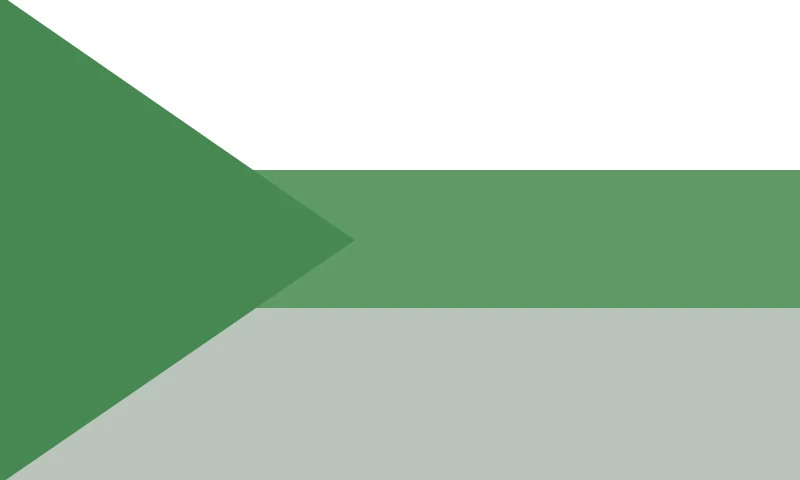 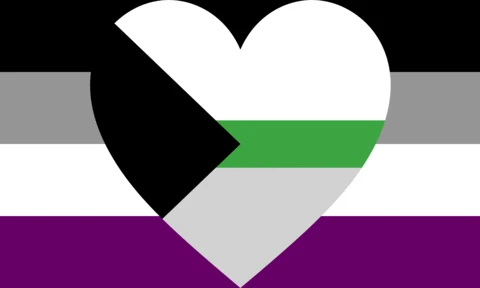 Julia Sotska
Julia Sotska is a former Senior PR Manager at Taimi. She hails from Toronto, Canada where she studied Communications and Journalism Broadcasting. Julia is an experienced journalist, TV producer, editor and communications manager. Her work has been featured in prominent publications in Canada, the United States, Australia, the United Kingdom, and more. Julia is passionate about LGBTQ+ and disability rights, mental health, wellness, and parenthood.
What do you think?
👍 Upvote - 8 😝 Taimi - 0 😍 Love - 2 😯 Surprised - 0 😢 Sad - 0
Get Taimi App for Free