AFAB - What is it? What does it mean? 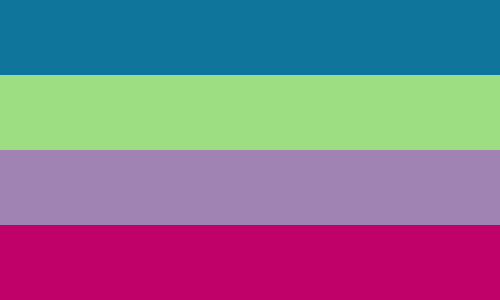 AFAB is a commonly used acronym in the dictionary to describe the assigned gender to individuals with external characteristics that correspond with the female sex. The definition of AFAB stands for Assigned Female At Birth. The term AFAB does not refer to or match an individual's gender identity but can be applied when talking about the gender assigned at the birth of a transgender person as well as nonbinary people.

The term AFAB can sometimes be used interchangeably with the term DFAB referring to Designated Female At Birth.  The definitions often are used when referring to someone who is a trans man.

The term AFAB stands for assigned sex at birth. The meaning of the words is usually described in a medical dictionary. It is often referred to by medical professionals when discussing issues transgender and people face without assuming their current expression or identity.

There is no official AFAB flag in the LGBTQ+ community, but according to pride color schemes on Tumblr, there are a couple of accepted versions. In 2015, a Tumbler user posted a flag featuring blue and red stripes to represent cisgender and trans individuals. The green and purple stripes represent AFAB people who identify as other than cis or trans. 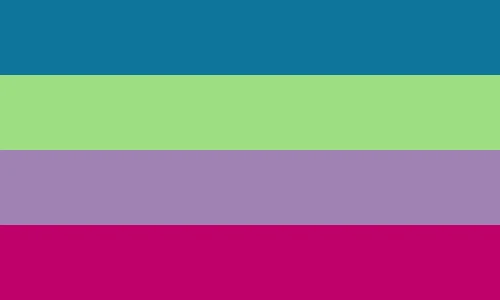 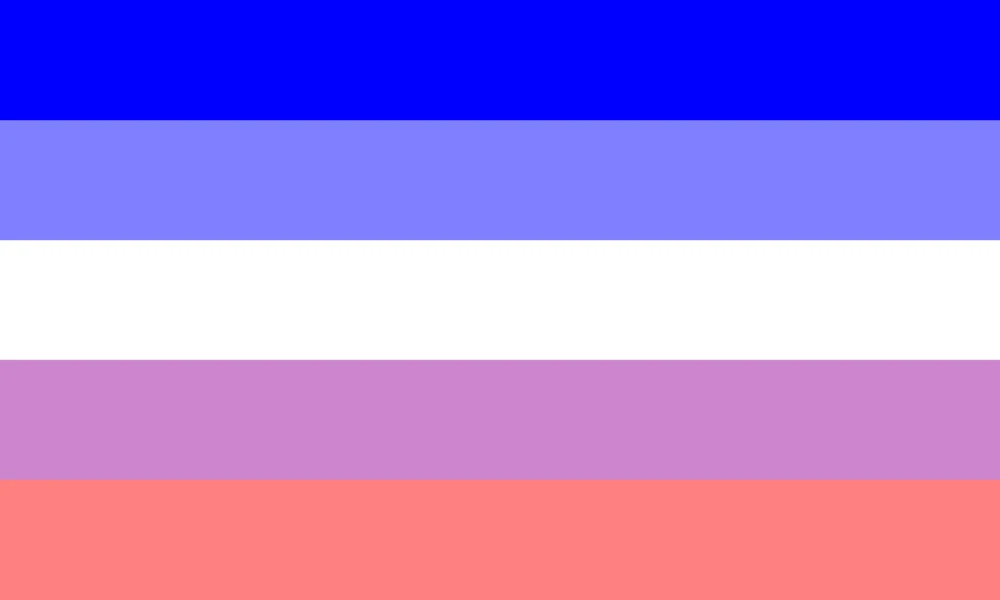 In another version, a flag featuring darker color schemes was posted to represent AFAB persons, but its meaning remains to be disclosed. 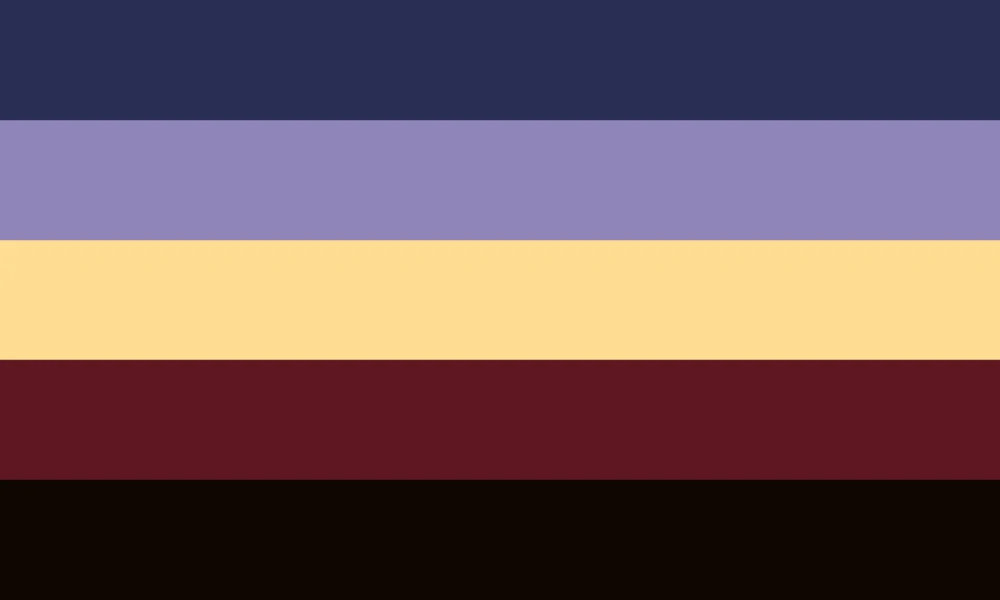 Whether a person is AFAB is not necessarily a terminology that is applied to refer to many trans people in their daily lives. Sometimes, definitions like AFAB or DFAB are only used to make people feel comfortable describing their sex assigned at birth.

AFAB people can be trans and cisgender. Gender identity is complex and is all about how the person feels on the inside. Sometimes people’s identities differ from their gender assigned at birth. This is why the term AFAB is used to describe individuals born with female characteristics.

Assigning gender commonly means living in the gender binary. Typically, the meaning of assigned female at birth or AFAB is first disclosed during the reveal of a person's gender during a prenatal screening. Whether the person will be AFAB is shown on an ultrasound. In cases where prenatal screening for a person's gender is unavailable, doctors will examine the infant during birth and assign its sex based on anatomical appearance. The doctor will then match the external sexual traits of a person with a female or male assigned gender at birth.

For example, a doctor, nurse, or midwife will proclaim the infant's sex solely based on the visual assessment of their sexual organs. So, a child that has a vulva will be typically AFAB or assigned female at birth, and a baby with a penis will be assigned male at birth or AMAB.

Unless they were mistakenly AFAB or assigned female at birth which sometimes happens when it comes to Intersex people who are born with a variation of sex characteristics.

According to the United Nations Office of the High Commissioner, they are people who have both internal and external sex characteristics that do not fit the typical binary options of male or female bodies. Many intersex persons were mistakenly assigned female or assigned male at birth.

Interesting Fact: AFAB individuals are typically raised as cisgender women, but they can have a great variety of identities. Trans AFAB person is typically referred to as a trans man, but they can also be bigender, non-binary, gender-fluid people.

If you are uncertain about the pronouns AFAB person chooses to use, please share yours during the introduction in order to make the conversation more comfortable.

Sex assignment is nothing new, in fact, ancient Roman law referred to a person’s sex as male, female, or hermaphrodite (which is now definitely an outdated term). Since then the medical field has evolved tremendously but people still describe their children based on binary definitions.

Despite the centuries that have passed medical staff continues referring to many trans people and nonbinary people based on either assigned male at birth or AFAB which means assigned female at birth traits. Science now has a better clinical understanding of biological factors beyond the assigned at birth gender.

Biological sex is given to us by medical professionals. This means for years, doctors were designing whether an infant is AFAB or AMAB. The assignment is based on what a person observes about the child’s body. It is not about how the person ultimately is.

Surgery of intersex infants is not the only controversy associated with the medical professional’s treatment of AFAB or assigned male at birth individuals. There have also been many discussions about reproductive rights as well as mental health issues in AFAB adolescents.

Over the years many individuals were subjected to sex reassignment surgery without their knowledge or consent. Until recently, children born with both sexual characteristics underwent an invasive procedure that typically assigned them either as AFAB or AMAB.

Interesting fact: German-born Christiane Völling took up the case against a surgeon and won. She was raised as a boy and forced to live her life as a male. By the time Christiane found out that she had female reproductive organs at birth, it was too late. Her uterus and ovaries were removed by the doctors without her knowledge or consent.

Recently the notion of assigning sex at birth is constantly challenged, but there are still at least 13 United Nations member states that criminalize transgender men and women. So, legal recognition of transgender people is an important step towards equality.

According to a report by ILGA, there are now several nations that legally recognize many gender identities.

In addition to Brazil, Chile, and Costa Rica in Latin America, Columbia and Uruguay have made significant progress for LGBTQ+ and nonbinary people. Argentina which was the first country in South America to recognize gender identity allows for a multiplicity of markers on documentation.

In Canada which has introduced markers in ten out of its thirteen provinces and territories, there is now an option to remove the gender markers altogether for people who were assigned gender identities different from who they identify as.

Interesting Fact: The United States passports did not have a sex marker up until 1976. The International Civil Aviation Authority developed standardized passport regulations in 1980.

Julia Sotska
Julia Sotska is a former Senior PR Manager at Taimi. She hails from Toronto, Canada where she studied Communications and Journalism Broadcasting. Julia is an experienced journalist, TV producer, editor and communications manager. Her work has been featured in prominent publications in Canada, the United States, Australia, the United Kingdom, and more. Julia is passionate about LGBTQ+ and disability rights, mental health, wellness, and parenthood.
What do you think?
👍 Upvote - 3 😝 Taimi - 0 😍 Love - 0 😯 Surprised - 0 😢 Sad - 1
Get Taimi App for Free