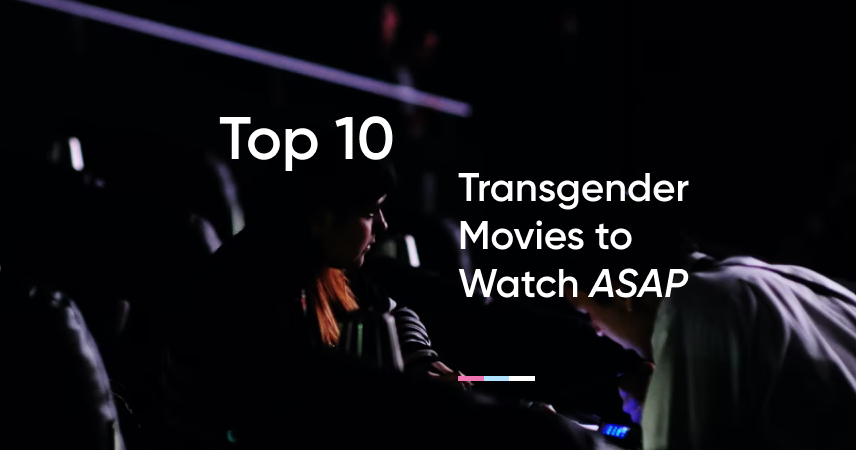 The amazing films on this list reflect a part of the progress in bringing stories about trans people to the masses. These are must-see transgender movies  to stream or download today.

The Story of a Transgender Woman: A Fantastic Woman 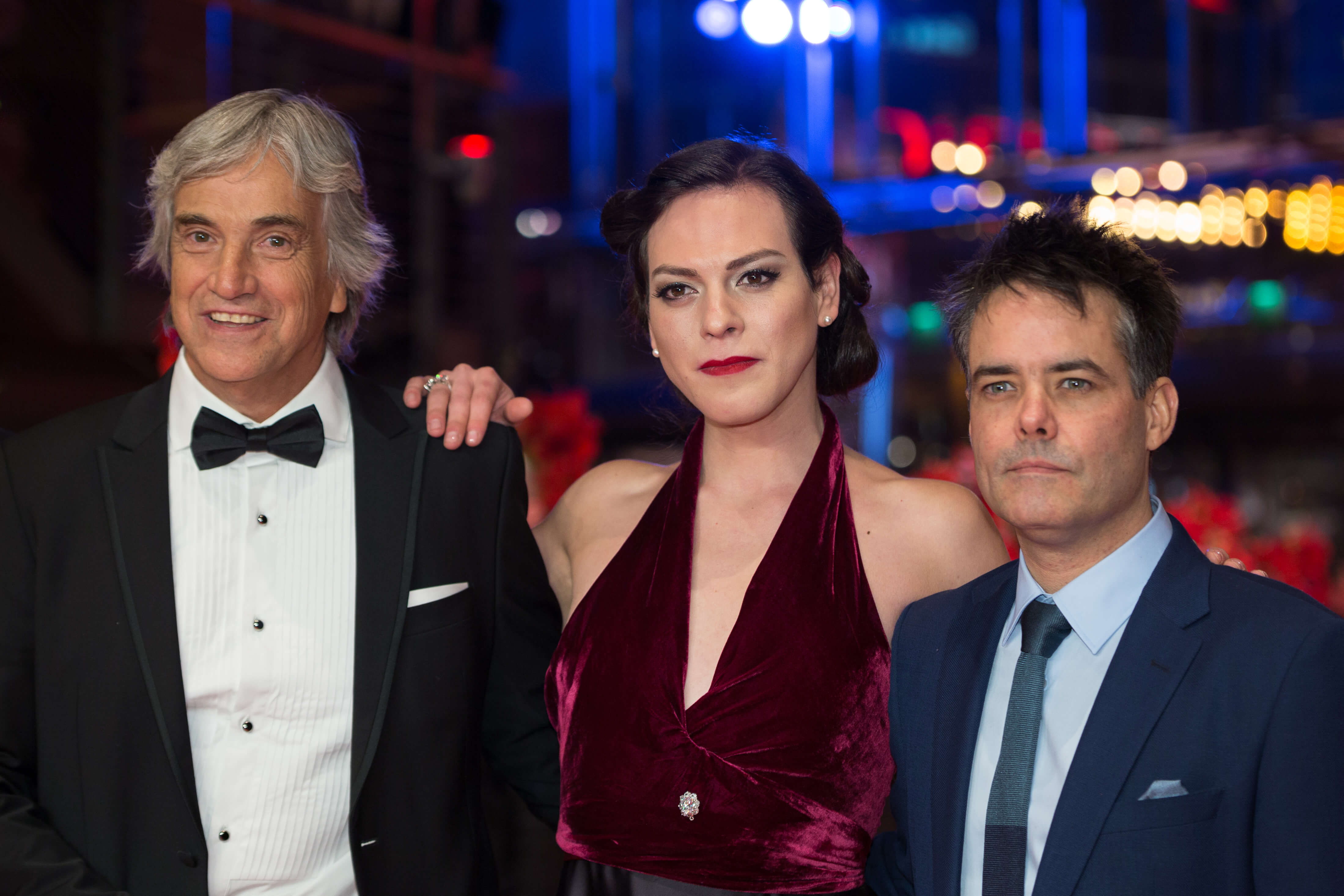 Opening up this wonder list of movies is a Chilean drama about a trans character that is truly worth watching.

The heart breaking story of trans women's lives. The picture explores the life of Marina who loses a very loving partner. The fact that the main character, one of the trans women who is singer and waitress is stuck to deal with her dead partner’s homophobic and transphobic family is tough to ignore.

The sublime acting won "A Fantastic Woman" critical acclaim and awards, among them an Oscar for the best foreign language film. This is the first Academy Award winning picture with a storyline about the trans community played by Daniella Vega, who is a vocal voice for Latinx trans people. "A Fantastic Woman" is truly a fantastic movie!

The Danish Girl: A Pioneer of Trans Women 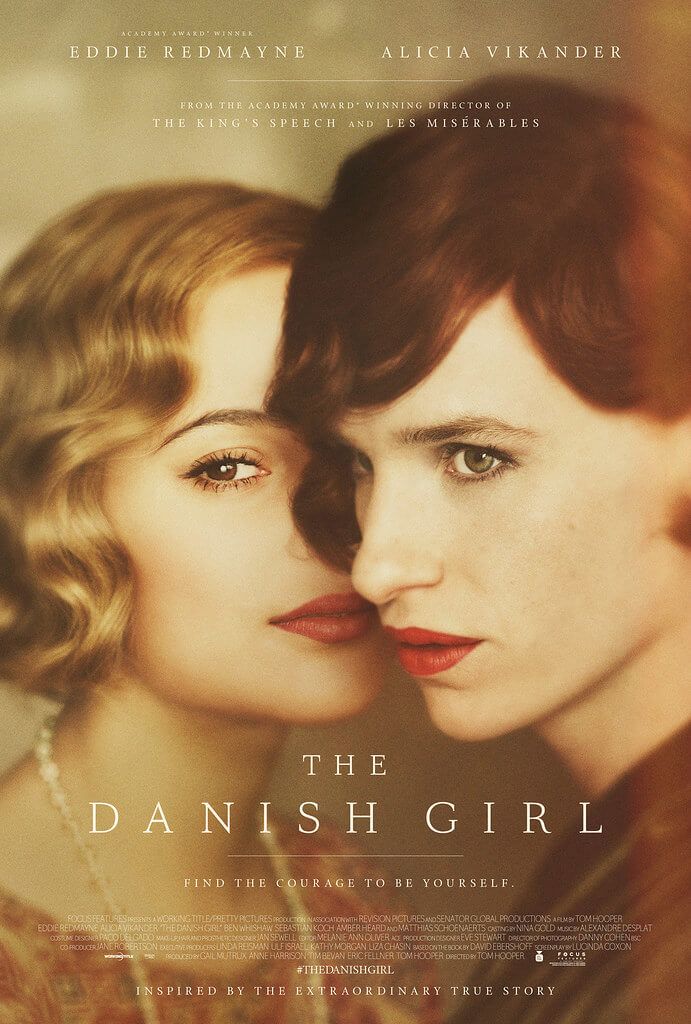 This visual stunner is actually somewhat based on a true story. The reason it is only somewhat, the movie grossly exaggerates the real life story that took place. Transgender dating was a whole lot different back in the day. Great costumes, scenery and love make this a beautifully written masterpiece, but trans people notice issues cis viewers do not.

"The Danish Girl" portrays the relationship evolution between Gerda Wegener and her partner Lili Elbe, who was assigned male at birth and decides to undergo a sex change operation. Wegener married Elbe prior to her transition.

The plot only highlights the issues of the past, it does not go in too deep to explore the problems of transgender women at the beginning of twentieth century. The beautiful film recounts the pioneering journey to transgender surgery.

"The Danish Girl" is important, but it has a lot more room for improvement. Some of the weakness include:

Despite the above, trans characters need to be a part of feature films so young transgender man and woman watching them on screen will understand they are an important part of society.

This Belgian French film focuses on a young child named Ludovic “Ludo” coming to terms with their sexuality and transness.  Set in a quiet community, "Ma Vie En Rose" explores the problems associated with growing up transgender. Some of the trans subjects explored are family relationships, friendship, love.

A very brave narrative showcasing the desire to be yourself and open up to your best friend. The views of society on transgender community, and a child that simply wants to live their life as an authentic self. The film’s title translates to “My Life in Pink”, but there are shades of darkness in it too.

Without giving it away, there is a scene where a mother is quite violent towards the child that she loves no matter what. A hard scene to watch, but a reality for so many out there. The main characters are also faced with job issues, even a move to a new neighborhood, all too familiar for many transgender people throughout the world.

The French language film won a Golden Globe for the best foreign language film in 1998. It does not focus on the society as whole, but rather a personal journey of Ludovic and his family.

Some call this classic a predecessor to the hit television series "Pose". The movie takes place in 1980's NYC.

It portrays transgender characters, the ball culture for all its glitz and glamour, vogue dancing battles, drag queens, shiny outfits, amazing makeup, but don’t forget the hard-core drama associated with it.

"Paris is Burning" explores the tough issues LGBTQ+ people of color faced and continue to face in America. The classic tackles racism, homophobia, transphobia and so much more. It certainly is a moving picture that will spark plenty of emotion regardless of your identity.

This movie is about human connections. After the horrible death of her son in a road accident, the main character Manuela seeks to find his father, who was a transsexual woman. The picture often talks about gender challenges women face in a society. It also stars a great cast of actors that is surely going to be a pleasure to watch.

The Adventures of Priscilla Queen of the Desert: An Australian Cabaret

Want to watch something fun with your best friend? This one is definitely for you. A light-hearted Australian movie that helped bring LGBTQ+ problems to a wide audience. Premiering more than twenty five years ago, "The Adventures of Priscilla Queen of the Desert '' focuses on the road-trip of a drag queen and her friends. They take a journey across Australia in a tour bus bearing the name "Priscilla Queen of the Desert''.

This is a movie about adventure, fun, friendship, and a bit of not fitting in society's boxes. Great scenery, strong performance and addressing prejudice with poise and laughter.

A ground breaking comedy about transgender sex worker problems. Shot on the streets of Los Angeles, California with an iPhone. "Tangerine" captures the stories with so much heart, it is a true delight to watch. Not to mention the humor in it. She's funny, that is how to describe both Mya Taylor and Kiki Rodriguez.

The plot circles around two women who go on a revenge hunt for a man who did them wrong. An easy light hearted adventure with a bit of satire when it comes to portrayal of queer lives in film.

This German film is a drama with a hint of comedy. Romeos plotline focuses on the relationship between two young men. One of them is a trans man, the other is a cisgender male. The movie explores the gay relationship, transition issues, and attraction that develops between the two.

The film raises important questions about gender, sexual orientation, societal perception, trans men and so much more. A must see for a more diverse look on LGBTQ+ issues in Europe.

Transamerica: Facing The Past

Someone assigned female at birth playing a someone who was assigned male is not ideal, but Hollywood today is a lot different from fifteen years ago, it is much more responsive to trans issues. Felicity Huffman plays a parent that finds out she as a child from a relationship prior to her transition.

"Transamerica" talks about identity, family, personal journey and struggles of a parent with a new teenage son. The movie that explores the relationship between a parent and the child that she is just learning about is by far a film to stream tonight.

I'm of the belief that LGBTQ Actors SHOULD Play LGBTQ characters in Shows & Movies Over Cis Actors! A perfect examples of this are The Brilliant Boy Meets Girl movie from 2014 & Same Named TV show starring the fantastic @rebeccaroot1969! #Pride2021 pic.twitter.com/BlSEeZqVn8

A romantic comedy about a transgender woman looking for the one. The moving picture stars Michelle Hendley as Ricky. Hendley documented her very public transition on social media and is known for bringing trans issues to the forefront.

Transgender chat for Michelle Hendley’s character is no place to find love, she is set in her ways on meeting the partner of her dreams in real life. The film takes place in a Kentucky town, where meeting someone is just a bit harder than New York City, the place the main character Ricky dreams of so much.

"Boy Meets Girl" is full of raw emotions that somehow open up in a humorous way. It is a great piece for a light-hearted, easy-going evening.

One of the best known films. Boys Don’t Cry is a classic, despite the many issues in the movie, the work of art remains a groundbreaker when it comes to highlighting the violence against transgender people.

It is based on a true account of story of Brandon Teena, a young man who was brutally sexually abused and murdered in 1993 by people who discovered his gender identity.

Teena who was in a relationship with a cis woman in a small town Nebraska faced gruesome violence that found him just because of who he was.

Hilary Swank - a cisgender woman playing a man is one of the issues when it comes to casting the role of Brandon in "Boys Don't Cry", but Swank’s heart-wrenching performance makes you somewhat forget her gender identity.  In fact, Swank won an Academy Award for best actress in a drama.

"Boys Don't Cry" is by far one of the hardest to watch. A beautiful yet tragic work with a devastating ending. It highlights the problems many trans people continue to face around the world to this day.

In the past few years, trans people have been taking control of the narrative in Hollywood. Ensuring African-American, Trans voices are reflected in film will help people live without fear in our hostile society. There are even supernatural trans storylines that are being brought onto the big screen. Transgender, non-binary, gender non-conforming people are becoming  regulars on TV shows and take center stage in Hollywood pictures. It is a sure sign that things are moving in the right direction.