Things To Know About A Platonic Relationship 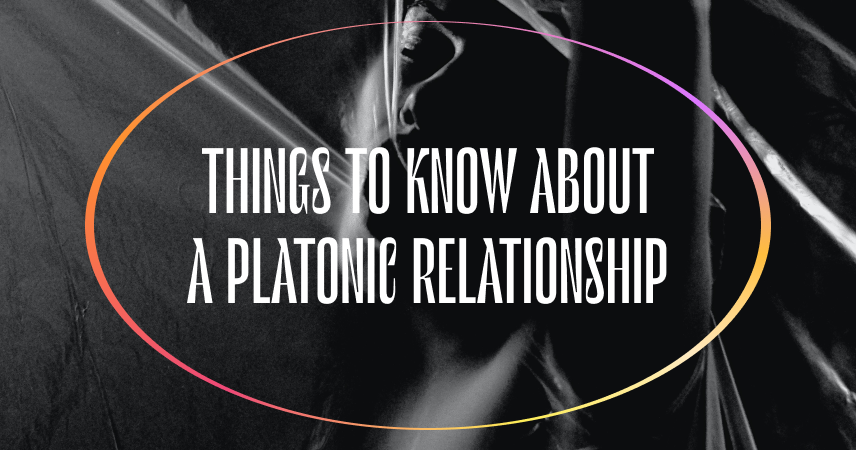 Platonic relationships typically refer to sharing a close bond with someone but not having sexual or romantic relationships with them. In other words, it refers to having strong feelings between platonic partners without romantic or sexual desire. So, let's explore what it means and find the answers to all your platonic dating-related questions.

The Origins of Platonic Love

The platonic love concept originates from ancient times. The philosopher by the name of Plato believed this type of love between two people could bring them much closer. Plato called this deep connection a divine ideal. Even though today's modern definition of platonic dating has a stark difference and is closer to the idea of people being friends rather than love interests, the term continues to reference Plato.

The term can apply to people who are heterosexual and dating, but it can also apply to queer folks as well as those exploring bisexual dating opportunities. Platonic love does not limit people in terms of their sexual identity, sexual attraction to the opposite sex, gender orientation, sexual orientation, and/or romantic attraction.

Platonic dating is different from romantic or sexual physical contact. It is not the best friends with benefits scenario. There are several ways to distinguish it from other relationships. Some of them are:

Platonic dating and relationships are often similar to friendships. That said, many people see a key difference. Those who practice platonic dating view their bond as something much deeper. Folks in platonic relationships may appreciate each other differently. There are things about the one person they may even find attractive. They may even have interests in romantic relationships but rarely experience physical attraction to act on their feelings.

Can It Turn Into a Romantic Relationship?

Platonic relationships share a common theme. They are all about a strong and close bond between two (or more) people. Platonic relationships can be tremendously helpful to one's mental and physical well-being. They may help build a strong and supportive network outside family and friends. That said, they can turn into romantic ones if both people experience sexual or romantic attraction.

By definition, a platonic relationship means no sexual or romantic intimacy between the people involved. However, if you develop feelings for your platonic friend and they reciprocate, who's to say you are not allowed to date.

People love each other in a multitude of different ways, and platonic relationships are no exception here. It may be much easier to start a romantic relationship because of the close bond, acceptance, and understanding you already share.

These are just some of the ways to help you meet new people with whom you can form great bonds. They do not guarantee the fact that you will foster a platonic relationship with them. Platonic relationships are not always easy to start. Once you establish a strong bond with the person, it is crucial to nurture your connection and help strengthen it as much as possible. So be supportive of your friends and help them grow.

The Pros and Cons

Your friend can be the emotional support system you need to help you decrease stress levels that often lead to health issues like high blood pressure, anxiety, depression, decreased immunity, and so on. In addition to being an emotional support system, a platonic lover can provide validation, allyship, a helping hand, and be an active listener. According to a recent study on friendships - having a strong support system outside immediate family and romantic partners can help the person recover much faster from a traumatic event in their life.

Being able to let go of your platonic relationship is also important to maintaining healthy relationships in the long run. So, if your platonic partner is creating added stress, saying hurtful things, or manipulating you - time to move on and find someone new to connect with, regardless of how painful it may seem at first.

Just like in any relationship, it is important to know your boundaries when you date someone. Platonic relationships have to have some rules in order to work for both of you in today's world. Some of these boundaries may include:

It is always best to have a real conversation about your expectations when it comes to friendship and relationships. Platonic partnerships can lead to romantic ones, but it is always better to talk your intentions over to avoid potential heartbreak.

Platonic relationships are not the same as friendship or unrequited love. The main difference is that two people in platonic relationships are not interested in romantic connections. They share common interests, enjoy each other's company, and love spending time together. Their strictly platonic bond may be with the same sex or not. It often stretches beyond attraction. That said, platonic lovers may end up a couple if both of them choose to at one point in time.

People love each other in a variety of different ways. Platonic is just one of the many options out there. Establishing clear boundaries, being honest and open with each other, and chatting about your expectations may help you have the platonic relationship of your dreams. When we love someone, we want the best for them. So, maintaining your platonic relationship with a friend is always the best route to take to maintain your friendship and relationship.