It’s as old as human history. Older generations have certain values, principles, and lifestyles. And the next generation rejects many of those in favor of more “progressive” ideas about what is acceptable and appropriate. 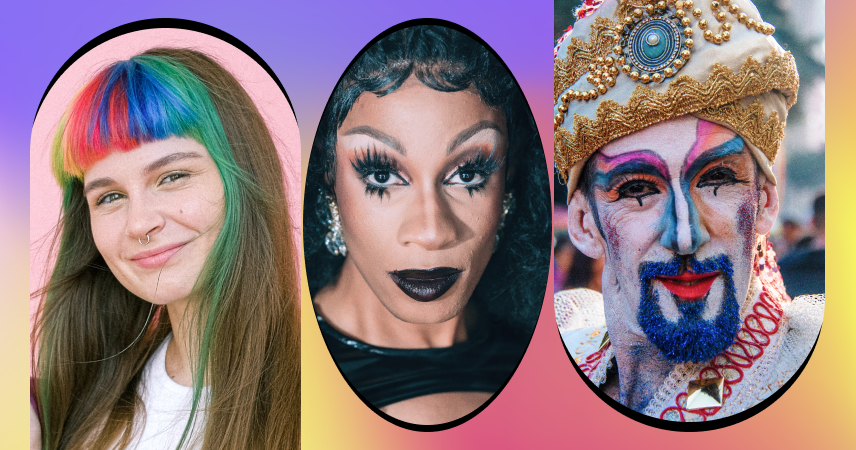 This inevitably causes conflict. The LGBTQ+ community is no different. One of the obvious issues between the generations is the openness of PDA during Pride events, especially public nudity and sex.

The Differences Between the Generations – They are Significant

Think about the older generations’ (baby boomers and Generation X) lives as members of the LGBTQ+ community vs. the lives of Millennials and Gen Zer’s. They were just so very different.

Living in Secret vs. Living in the Open

Older generations regularly hid their queerness from family, friends, and the public for fear of condemnation, threats, and even prison time. In fact, it wasn’t until 2003 that the last of the sodomy laws in the U.S. were thrown out by a Supreme Court decision. Millennials and Gen Zer’s don’t have that worry, and they have a huge community of fellow queers to support them.

If fear of being assaulted or jailed wasn’t enough, older folx also had to worry about contracting HIV/AIDS with no cure in sight. They unknowingly infected others, hid their illness from family and friends, and often died alone. Today’s queer community has access to medical breakthroughs that prevent its spread. They can now love who they want and even have multiple partners.

Prejudice and Discrimination in the Workplace

Yes, this still happens. But consider that older generations could be and were often fired if they were discovered. Today, we have laws and court decisions that make this illegal. Does it still go on? Yes, but far less frequently. And many large corporations openly support the LGBTQ+ community. A recent spate of laws regarding transgenders in schools, in sports, and in public bathrooms has taken LGBTQ+ progress backward, of course, so the fight goes on.

Ability to Make Connections with One Another

Yesterday’s generations, especially baby boomers, did not have access to the Internet and even if they did, social media was in its infancy. What a totally different LGBTQ+ world today. Not just social media, but chat rooms, and dating websites have opened up multiple ways for queer folx to connect and find relationships.

So, we see older generations who have been used to keeping their queerness private, as well as what goes on in their bedrooms. And they believe that is as it should be. And that is how PDA becomes a generational issue.

Anyone who has attended a Pride celebration is well aware of the openness with which pride-goers address their sexuality. Partial or full nudity is no big deal. Sex occurs on beaches, in parks, on floats, at public parties, etc.

Imagine now a baby boomer and even older Gen X community members attending such a celebration for the first time. Imagine their shock at these displays and activities.

Lots of skin is exposed at Pride – butts, boobs, and even dicks and va-jayjays. Older community members are simply not okay with all of this, and they do make their voices heard.

Open and Public Sex Acts of All Kinds

Sex occurs in lots of public places during Pride, probably because Gen Zer’s have no problem with observing it or engaging in it themselves. And all kinds of sexual acts will be occurring. A generation that has lived its entire life being wholly private about their LGBTQ+ sex life cannot help but be at least a bit upset by this.

If these groups were prevalent in those long-ago years (and they probably were), they were completely hidden and not a part of the LGBTQ+ community of that time. To have them now included in the community is frowned upon by lots of older members, who see their activities as outside the “norm.”

So, What is the Solution?

Generation gaps are universal, and the LGBTQ+ community is no exception. For now, it is important to keep the conversations among the generations alive and to ensure the older generations still feel welcomed and valued. After all, many of them moved through some very hard years and were early activists for LGBTQ rights. But over time, the old does give way to the new, and the same thing will happen here. Everything evolves.