’Tis the season to be jolly…this usually means a welcome holiday break for many of us, however this year it also means an end to a very turbulent and uncertain 2020. 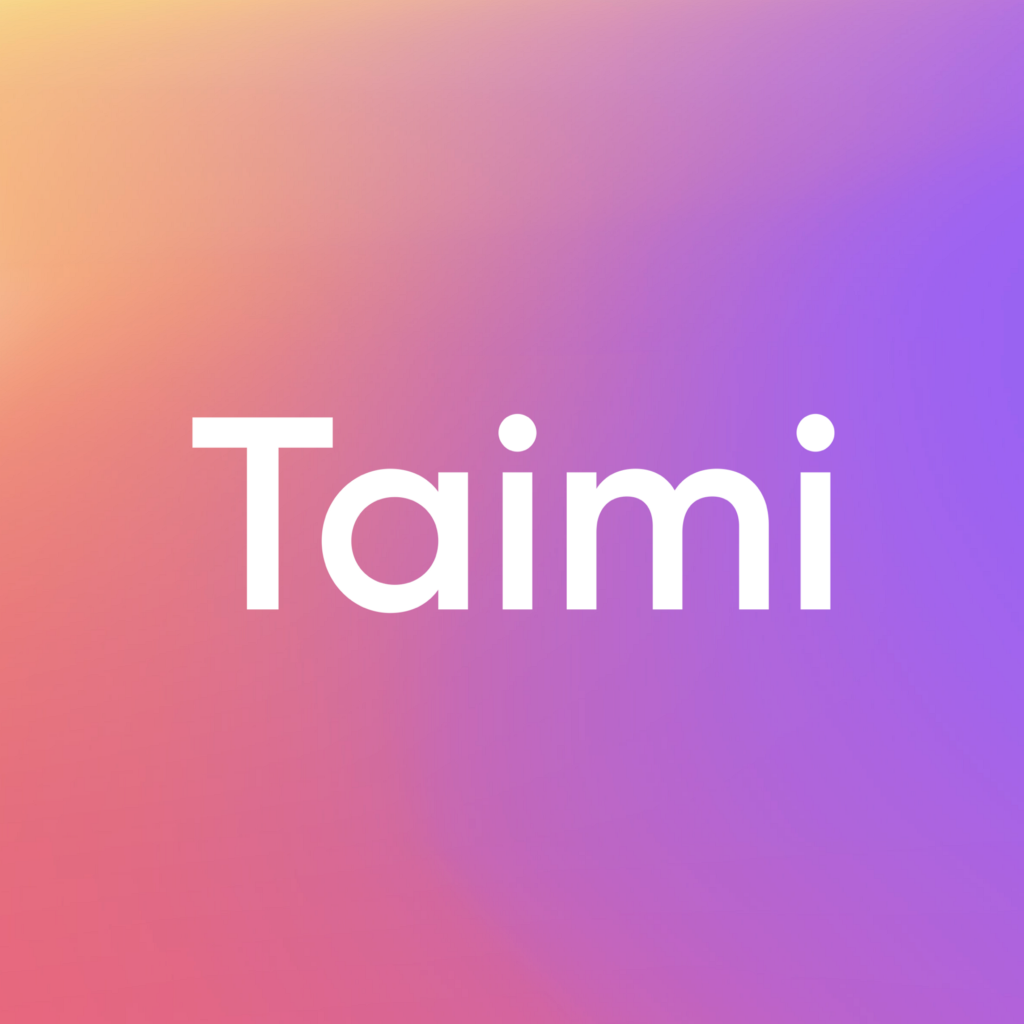 As we approach 2021, Taimi wants to reflect on all the things the passing year gave us (in addition to the pandemic, quarantines and lockdowns).

So, we are taking a look back at the year that was. Despite the coronavirus outbreak throughout the world, Taimi was able to secure great partnerships, focus on amazing features and launch events that helped strengthen LGBTQ+ community.

Taimi kicked off 2020 with a bang. The world’s largest LGBTQ+ platform that features a social network and dating app was profiled in one of the biggest LGBTQ+ publications in the world. Gay Times showcased Taimi in a comprehensive editorial which was printed in its 2020 magazine.

February, the month that is famed for love, saw mentions and features of Taimi in many prominent LGBTQ+ publications around the globe. Opening the season of interviews was Taimi’s Head of Business Development — Helen Virt. Her interview on all things Taimi was published in a print version of DIVA Magazine.

Helen who is one of the leaders at Taimi is proud to be a very outspoken and strong female voice. So, it is no wonder that she was quoted in many articles like the L-Mag in Germany which is one of the top publications for lesbian and bisexual women in the German-speaking countries. Taimi’s ongoing work with influencers was also profiled in the Outline. World-renowned Attitude magazine published an overview of Taimi and what the product stands for. Also in February, Taimi sponsored a RuPaul Season 12 Watch Party in New York City.

With the coronavirus spreading throughout the world, the focus slowly began to shift towards health. In March, Taimi could not ignore that March was selected as bisexual health awareness. The LGBTQ+ platform partnered up with Bisexual Resource Center to promote and raise awareness in order to help bisexual people get better healthcare services. Taimi also started to warn its users about the ongoing COVID-19 outbreak with feature articles on safety, breaking down the COVID-19 myths, CDC and WHO recommendations and many other pandemic-related stories.

The coronavirus’ impact was felt throughout the planet. Taimi, an innovator in the field of video calling began to focus on implementing new and exciting features to help users stay in touch. In April the app broke one of its records by reaching 5 Million users. This was just the beginning of exponential growth for Taimi! The LGBTQ+ platform’s success did not go unnoticed. Taimi’s founder and COO were interviewed and featured in a print version of Garçon Magazine in France. Helen returned to the spotlight with a feature interview in Tagg Magazine talking about love, Taimi, and all things related to connecting people. Taimi’s global expansion couldn’t go unnoticed. Revista Macho published a long review of the product in Spanish and G-Mag wrote about Taimi in Turkish.

In April, Taimi launched a gorgeous ad campaign created by “They Agency”. The ads focused on ‘coming out’ and battling the stigma surrounding it. Global media reacted, among them were Attitude, Gay Times, France’s Tetu Magazine, and more.

Taimi’s founder Alex Pasykov also started writing a blog for Forbes magazine. In his piece he wrote about user-driven products, and the importance of direct input from Taimi’s users.

As the Pride season was approaching, and the pandemic was raging, countries began to cancel events scheduled for the summer. Taimi began to seek opportunities to showcase Pride from the comfort of one’s home. At the end of April, Taimi partnered with Gayborhood for an online Pride event.

Taimi’s ongoing commitment to bettering the lives of LGBTQ+ people was the focus of Gayish Podcast episode aptly named Camming.

Taimi’s numbers continued to climb steadily throughout the coronavirus pandemic, people stayed at home and basic human connection was still a priority despite the lockdowns. In the spring, the platform released new fascinating data on how much the COVID-19 outbreak impacted Taimi.

In May, Taimi offered a few tips on dating and relationships, the guide was published in Attitude Magazine. Since, Prides were cancelled throughout the globe, Taimi’s focus remained on its users. The ongoing dedication to Taimi’s followers and friends in the times of COVID-19 pandemic was part of a feature article quoting Taimi’s COO Jake Vygnan in the Las Vegas Review. Taimi was also mentioned as the go-to app for Pride Season in Spanish-speaking press. Gay Times also published an extensive editorial on how Taimi was helping people stay connected during the pandemic.

Taimi’s mission to end homophobia, biphobia and transphobia does not end with its partnerships. Taimi is dedicated to raising awareness and spreading the word on the importance of stepping up, speaking out and fighting for equality. This is why in July, Taimi began rolling out campaigns on its social media pages to encourage “straight” allies to join forces and speak up. Dating News selected Taimi as one of the most-talked about products of 2020 publishing an in-depth look at the platform.

The COVID-19 lockdowns certainly made an impact on how people choose to date online. The year saw a boom in specialized products and Taimi was no exception. The LGBTQ+ platform continued to grow and develop new features to cater to its audience. Alex Pasykov, the founder of Taimi was interviewed by Which-50, a digital content senior executive leadership platform based in Sydney, Australia.

September was a breakthrough month for Taimi. The LGBTQ+ platform kicked off Taimi Talks, one of the most-talked about events in the LGBTQ+ world. The unprecedented Taimi Talks event gathered LGBTQ+ celebrities from all walks of life. Athletes, actors, models, influencers took part in the inaugural Taimi Talks. Among them were RuPaul’s Drag Race Legend — Alyssa Edwards, Outspoken activist Blair Imami, Transgender athlete Chris Mosier, and many more

Returning to the roots of Taimi’s mission, Alex Pasykov issued an open letter urging allies to speak out against injustice. His outcry was actively shared on social media and picked up by top LGBTQ+ media outlets like the Advocate, Pink News, Attitude, etc.

Taimi also partnered up with Pride Podcast to raise awareness about COVID-19 and AIDS.

Just in time for Halloween, Taimi joined forces with World of Wonder for Bring Back My Ghouls: RuPaul’s Drag Race for 2020 Halloween Special.

Being one of the biggest players on the dating scene, Taimi was featured in an article on Sex Tech Guide. Helen Virt’s comments on dating, relationships, and what the future holds resonated with many of Taimi’s users. The platform’s social network aspect caught on and began to grow exponentially. Jake Vygnan, Taimi’s COO gave a lengthy interview to Dating Advice in November on the growth and remodeling of Taimi. Speaking of which, the LGBTQ+ platform underwent its first major rebranding in the same month.

One of the highlights of 2020 for Taimi, was the award Alex Pasykov received for his ongoing commitment to better the lives of LGBTQ+ people throughout the world. Alex was recognized by Gay Times Magazine. He got the coveted Community Entrepreneurship award as part of Gay Times Honours 2020. Pasykov also grazed the cover of Gay Times Magazine and gave an in-depth interview outlining the mission and goals of Taimi.

Summing up the year was an event Taimi is very proud of — the Winter Gala organized by Transgender District and House of Tulip featured appearances by Indya Moore, Tess Holiday, Ts Madison, Raquel Willis, Trace Lysette, and many more prominent LGBTQ+ and ally icons.

2020 ends on a high note for Taimi, but the world is still experiencing the effects of the pandemic. As we approach 2021, we want to make sure that all of us reflect on the importance of being socially responsible, staying connected and chatting with one-another while practicing good hygiene, social distancing and self-isolation. In the new year, look out for more social networking features, new updates on streaming and video capabilities, and exciting ways to be involved in the fun world that is Taimi.

On behalf of all of Taimi staff — we wish you a very Happy and Prosperous New Year!

Taimi’s 2020 Year In Review was originally published in Taimi News & Updates on Medium, where people are continuing the conversation by highlighting and responding to this story.