Signs A Woman Is Attracted To Another Woman

Today, we're experiencing higher levels of acceptance towards same-sex attractions. Thanks to this, many women feel comfortable expressing their romantic feelings towards other women. Still, this is not universal. 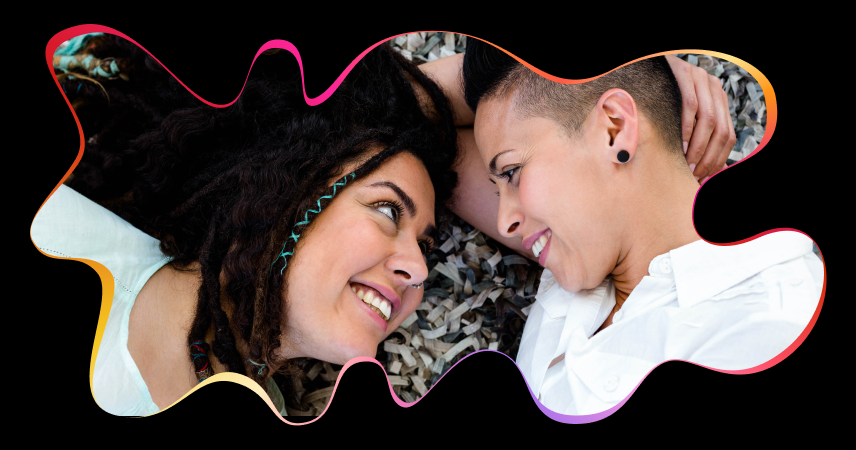 As with all types of attraction, there is still the possibility of being rejected or even ridiculed. Additionally, a woman who opens up about her feelings for a female friend might have additional reasons to feel vulnerable or fearful. So, they may not come out with it, especially if they aren't sure of the other woman's orientation. Because of this, it's important to learn the signs a woman is attracted to another woman.

3 Types of Attraction to Other Women

First, what do we mean when we say "she's attracted to you"? That depends. Three types of attraction can happen, often in combination with one another. These don't simply show that a woman is attracted, but also the kind of connection she is likely to pursue.

Physical Attraction to Other Women

Emotional or Spiritual Attraction to Other Women

This is an attraction to another woman's personality traits. These include her kindness, confidence, sense of humor, and empathy. When women are attracted to these characteristics in another woman, they may experience deeper interest in them.

Mental Attraction to Other Women

So, what's left? Mental attraction is the draw a woman feels to another woman's wit, intelligence, and communication style. It can also be an attraction to shared interests.

Why Does the Type of Attraction Matter?

There's nothing wrong with feeling any type of attraction. It's simply a good idea to notice these things and be honest about them.

Subtle And Not so Subtle Signs She's Attracted

Sometimes, a woman makes it quite obvious she is attracted to another woman. She just can't help herself. Other gals are a bit more reserved. You have to read into her body language and other behaviors. If you are attracted to a woman and want to know if she also shares feelings for you, here are some signs to look out for.

This one can be a bit confusing because it can go to two extremes. Sometimes, when a woman likes another woman she becomes extremely shy. Her voice softens, her demeanor is quiet, and she stumbles over her words if she speaks at all.

At the other end of the spectrum are women who become effusive and bubbly. You know she is interested because she talks non-stop. Some women tend towards fawning at this stage. Be patient, because all of this talking can be a sign of nerves. When a girl likes you, she may babble a bit to make a connection.

Eye contact is one more thing for the mixed signals category. Sometimes a woman will show she likes you by making regular, almost intense eye contact. She stares deeply into your eyes when she talks to you, the same way that you might read about in romance novels.

Other women are barely able to maintain eye contact at all. They look down or past you. She's not ignoring you. She's giving a signal that being around you brings out nerves and giddiness.

Here's a cool trick. Get together in a group with the woman you think may be interested in spending time with you. Wait until someone says something funny. Watch the other woman. Does she check you out to see your reaction? If yes, you can bet that woman likes you. If she stares at someone else, she might be interested in them.

She Comes Out to You

First, please do not assume that a person who comes out to you is interested in a sexual or romantic relationship. By all means, don't ruin their moment or destroy their trust by assuming they have feelings for you.

That said, if a woman wants to make it clear that she's bisexual or gay, she may be telling you that for a reason. She may want to know if you are gay as well and if you might be interested in her. Go slow, keep an eye on her body language, and see if the conversation turns towards romantic relationships.

She Shares Her Interests With You

In many ways, the women you know aren't much different from your male friends. It isn't as if the signs of attraction are different between men and women, or between straight and LGBTQ+ people. For example, we all use body language to show attraction.

Here's a great example: when people like you, they will want to spend time with you. This is true for most women as well as straight men. To do that, they often gauge your interest in shared activities. So, if she talks about how she is interested in remodeling houses or sailing, she wants to know if you would be interested in hanging out sometime. If you feel the same, and want to spend time with her by all means, talk about your interests too!

She Jokes Around With You

Sharing a sense of humor or joking around is a good sign that a girl wants to pursue something beyond a standard friendship. When talk turns into humor, that is an important part of getting to know someone. If you share a sense of humor, there is a good chance you are compatible with this person. Two women who find the same things to be funny are often surprisingly in sync when it comes to their sexuality.

She Always Has a Reason to Text or Message You

Have you just met another woman who has dived right into your DMs? Does she hit you up on Facetime? If she is looking for reasons to talk to you one on one, you can bet her interest levels are very high. There is a good chance she is attracted to you. Try to get her on video so you can check out her body language. Remember that people don't speak on the phone the way they used to. So, many signs of interest are going to involve your phone or computer.

There is absolutely no way to write an article about the signal a woman is attracted to you or any other woman without mentioning the beautiful and often confusing dynamic of female friends. These relationships can move from casual pals to best friends to mild crush to all-out romance and back again in short order. This is a very unique dynamic that you tend to only see in women who love other girls.

On one hand, it is beautiful when lesbians can remain closely bonded to one another regardless of their relationship status. On the other, it can be difficult for a woman who is attracted to a friend to properly interpret the signs she may be getting. Sometimes best friend affection and I want to have sex with you affection can look similar to one another.

Sending Clear Signs to Another Woman

You like another woman. You also know how frustrating it is to be unsure of how someone else feels. So, you want to be direct, but maybe not too direct. Meaning you may not be up to telling the other person that you are interested in dating her. But, you do want to make it clear that you wouldn't be opposed to a relationship. So, now what do you do?

You could start with a little age-old activity that we like to call flirting. Yes, it sounds crazy, but hear us out. Flirting is a fun way to gauge interest in someone who is gay or bisexual. You can play it off as joking around or teasing if you need to, and that flirting can lead to some fun. It may even spark a relationship. Sit close to her. Play with her hair. Touch her knee. Smile. Touch her when you brush past her. Just don't be gropey or icky. Nobody gets a free pass for that behavior. It isn't just guys who need to better understand consent.

Are you too shy for flirting? Try paying her a sweet but casual compliment. She'll make her feelings known in many cases. She may blush, smile, or compliment you in return. Keep her talking. Compliments make for an excellent ice breaker when you are trying to get to know another woman.

Finally, never dismiss the value of making eye contact. Yes, it can be awkward. However, it is just one of those universal signs a woman is really into another girl. If you spend more than a fleeting moment staring into the other's eyes, there is something there.

Now you know the signs a woman is interested in a sexual relationship or a bit of romance. Hopefully, you can use these tips to avoid confusion. It's awkward enough for anyone to flirt., and figure out the signs of romantic interest from another woman. It's even more confusing when you are also trying to gauge the signs of sexual orientation of another woman.. Nobody wants to pursue another decidedly straight woman. That would be seriously awkward.

Whatever you do, always be kind and compassionate. It's always difficult for another woman to put themselves out there romantically. Don't make them regret sharing the signs of their romantic attraction to you. Instead, let them down gently if you aren't interested in going any further.