The Good And Bad Of Ignoring Someone

He messaged me, but I'm just gonna leave him on read. After the way they acted last night, they can expect the silent treatment from me. If she calls me again, I'm ignoring it. 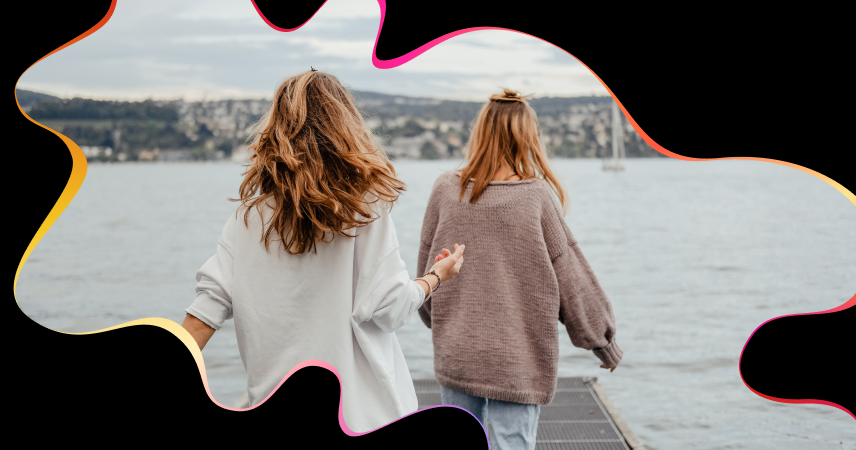 Almost all of us have tried ignoring someone. In addition to being the person ignoring others, we have also been the ones receiving the silent treatment. In fact, it's simply part of the way we interact with others. Sometimes not saying anything can communicate quite a bit. It can also cause emotional trauma and destroy trust. It can take away someone's sense of safety in a relationship, and do a real number on their self-worth.

Why is Ignoring Someone Common?

There are so many reasons that people choose to ignore someone over other options. Some of it may be due to our reliance on electronic communication. It's much easier to give someone the silent treatment by ignoring texts, messages, and emails than it is when they are talking to you in person.

That's not the only reason that ignoring someone is so common. You may choose to ignore someone because you are so overwhelmed with anger, disappointment, or frustration that silence is your only way to remain in control of your emotions. It's also common to ignore someone after they have hurt your feelings. You may even choose ignoring someone because you don't want to show that you have feelings for them.

Have you ever given someone the silent treatment because you were afraid of conflict? That's pretty common as well. Some people push every button, and it's good to be self-aware enough to stay calm and not engage.

It's one thing to choose to ignore someone you don't feel inclined to deal with or even to keep your mouth shut for a short period of time to avoid hurting a person you love. Just be aware that using the silent treatment in relationships can truly cause emotional damage. This can be made even worse if the person you care about has been in emotionally abusive situations.

Your silent treatment can make them doubt their own value, assume the worst about your relationship, and generally go into a self-esteem spiral. Even after you start talking to them again, they may feel as if your love is conditional. That's a lot of harm.

So, what can you do if you need some space and time before you are ready to talk to someone you love? The best way is to communicate your needs and intentions so your partner realizes that things will be okay once you are feeling better about the situation and gain some perspective.

Start by prioritizing open communication in your relationship. Then, if things get to the point that you need to stop engaging, Make it about you, not them. Let them know you need some time to shut down and focus on your emotions, that you love them, and can pick up communication again. Finally, give them the power to step away and take care of their own emotional needs as well

Is Ignoring Someone Psychological Manipulation?

The short answer is that yes, the silent treatment can absolutely be a form of manipulation. People use it to hurt and control partners. They may even use this as a way to get someone to act a certain way. For example, if you ignore someone they may go out of their way to fawn over you in an effort to get you to stop giving them the silent treatment.

Manipulative people often use ignoring people as a form of control. When they refuse to communicate with their partner, it makes them feel so awful and desperate for any form of validation. This can make them do things they would normally not consent to in order to

Ignoring somebody can also make them feel very off balance. Sometimes this is done to cause them to lose confidence when dating or otherwise at the beginning of a romantic relationship. For example, someone might tell you they had an amazing time with you, then ignore your messages and calls for a week. Often, this is done to make you worry that you've done something wrong. So, when they finally do reach out, you are so happy the silent treatment is over, you simply forget about the pain they caused you.

How to Deal With a Person Ignoring You

This depends on the nature of your relationship, why they may be choosing not to communicate with you, and what you want the outcome to be. You should also keep the following things in mind:

Now, consider the circumstances. Does your partner go quiet as a way to punish or control you? That's abusive, and a way to wield power over you. It may be a good idea to speak with a professional who can help you navigate how you want to move forward.

If you don't believe your partner ignores you to intentionally hurt or control you, that's a good sign. However, it still doesn't mean that nothing is the matter. The behavior still causes pain, and it's a maladaptive way of dealing with problems in any relationship. It can help to get to the bottom of things and find a resolution so both of you feel free to express yourselves.

Does Everybody Feel Safe Being Honest?

Let's be honest. Sometimes the person who ignores you isn't the only person who needs to learn how to communicate better. Is it possible that your partner chooses to ignore in order to avoid conflict, or because they fear your reaction when they are honest? Remember that it isn't fair to expect someone to be open and honest, and then blindside them with ugly or unsupportive reactions.

Are Conflicts Resolved in a Healthy Way?

How do you resolve conflicts in your relationship? If one person in the relationship feels as if they are always the only one to compromise or apologize they might choose the silent treatment. After all, if nothing ever ends in their favor, why wouldn't they simply clam up and avoid any toxic conversation. Ultimately the consequences are the same.

Which Topics Lead to Communication Distance

What do money, sex, housework, and extended family all have in common? These tend to be hot button issues. People often say things in these conversations that really hit below the bait. That doesn't feel good. Worse, these conversations can be exhausting, and lead to no clear resolution. It's no wonder that people often need room to process without communicating for a while.

Are There Good Points to Ignoring People?

You are free to ignore whoever you want, but is it ever the right course of action to take? In some cases, this could be the best possibility. Here are some reasons why.

Here's some free advice! You don't need to respond to every remark or comment. Not everybody is deserving of rental space in your head, or your engagement. If somebody is toxic, acting in bad faith, or disingenuous, there's nothing to gain by engaging them. When you give them the silent treatment, you show respect for your own time and energy.

This is a great technique for dealing with online trolls and harassers though. There can be consequences if you use this technique on friends or people you have close relationships with. Then again, those people shouldn't treat you this way in the first place!

Some couples thrive on constant conversation and engagement. Others require some space and distance from time to time. Attempting to maintain communication at all times can feel stifling. Here, this is less giving the silent treatment, and more giving one another space and freedom.

It Helps You Gauge Someone's Interest

It can be difficult to gauge someone's interest in you sometimes. This is true especially when you are dating online, or your relationship is really new. If you message someone every day and are constantly in their inbox, you are telling them everything about your interest. But, you aren't necessarily motivating them to share how they feel. You have given them all of the knowledge and all of the power. Meanwhile, you have no idea if they are interested in you or just playing around.

Life is too short to stunt your own happiness by trying to play psychology tricks. For the most part, ignoring people is unhealthy. So, let's talk about some alternatives.

Admit You Are Struggling to Communicate

Be truthful. Is this a "you" problem? There is no shame in acknowledging that you are having trouble communicating, or that you could use some space. Just be forthcoming, and let the other person know.

This may not even be some emotionally charged thing. You may simply be busy. In any case, just say so!

Rather than ignoring someone, simply act like an adult! Talk about your issues, and work towards fixing them. Sometimes, you just have to have a difficult conversation. You will be perfectly fine. When you are done talking, chances are things will be better. If nothing else, you will have a sense of clarity, and that is also a good thing. So, what are you waiting for? Inbox the other person, and let them know that it's time to talk.

The fact that you can't communicate with someone could be a sign that it isn't working out. Maybe you are simply avoiding the inevitable. Ultimately, that isn't fair for them or you. It is time to have a word with them and call it quits. Trust us, you will feel relieved the moment you do this. Life is too short to ignore someone when you should just be breaking things off.

For the most part, it is much better to talk things out and ignore someone. At best, the silent treatment just delays helpful interactions that may actually fix your relationships. At worst, you could be genuinely causing someone trauma. This can honestly be a form of emotional abuse. The exceptions are taking temporary breaks to gain perspective and cool down, or in new relationships where you seem to be doing all of the talking. Similarly, it is okay to put someone who is harassing you or simply toxic on ignore.