Families make a big deal about wedding anniversary milestones – 20, 25, 50 years. There are parties, trips, social media posts, and lots of gifts and cards. And it’s good to do these things. 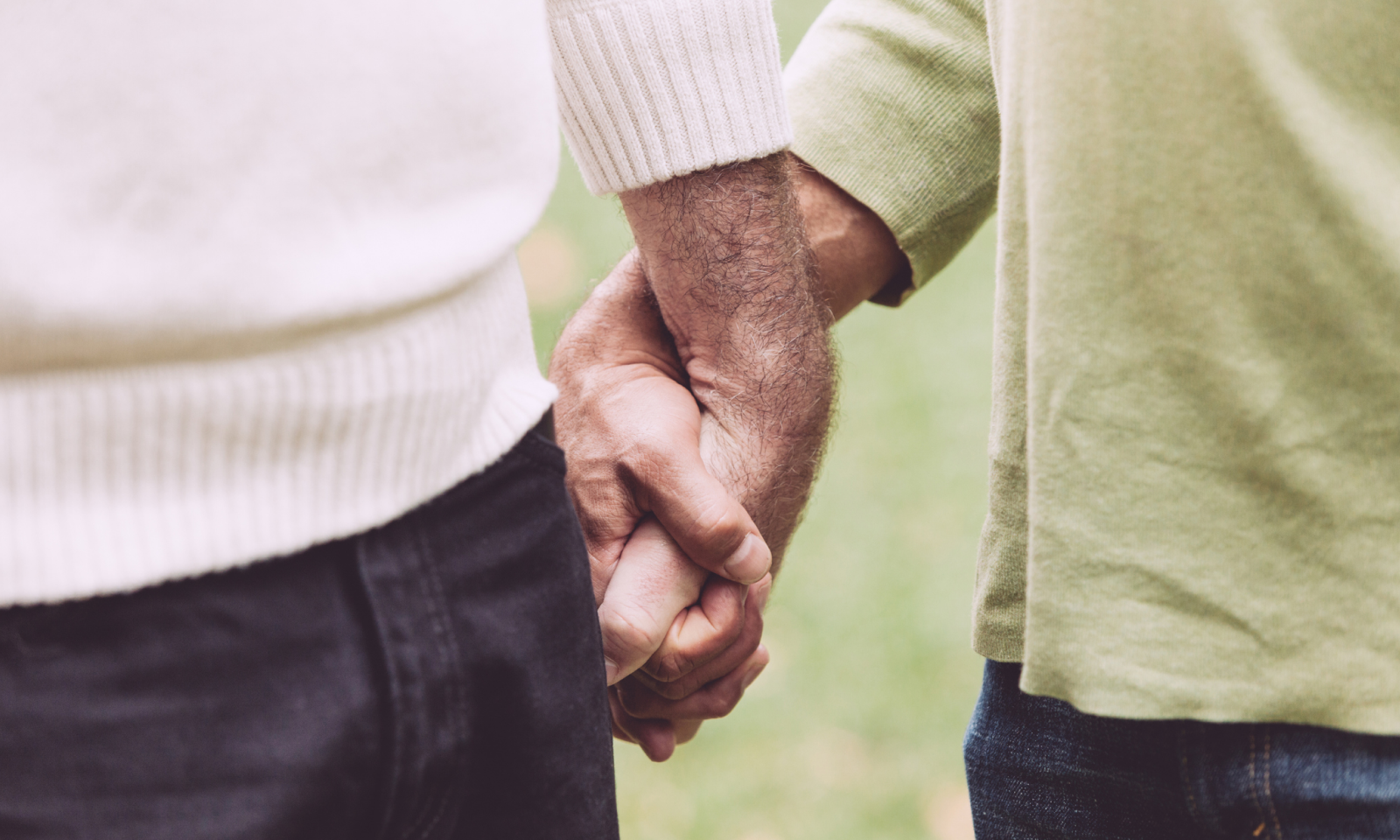 But how are anniversaries for gay couples celebrated? Probably the same way, but the circle of family and friends may be smaller or less vocal. Are they any less important? No. But the majority heterosexual society does not often see these milestones, nor do they want to really recognize them. In fact, they are the believers of lots of misinformation about gay couples.

One of the most common pieces of misinformation is the myth that gay relationships are all about lust, not love and commitment.

Are there short-term relationships based upon lust? Yes, there are. But they are just as common among heterosexual couples as they are with the gay community. So, let’s agree that lust and genuine love exist in all lifestyles. And given the divorce rate in the U.S. today, it is obvious that long-term love and commitment have not been the basis for many marriages.

While celebrities don’t always represent the larger society, they can serve as examples and models to others within their sphere of influence.

So here are five important examples of gay couples who are famous but whose partnerships/marriages are based on much more than lust.

Star Trek is a classical part of American culture and George Takei as Sulu is a classic treasure too. Here is a man who has endured internment camps as a child, who struggled with his sexual identity, and who bravely took the step to pronounce his gayness to his fans and to society.

Takei took up running while still in the closet. He trained for marathons. And Brad Altman did the same. This was back in the 80s. They became involved but in secret for 18 years. In 2005 Takei came out and he and Altman married in 2008. Fast forward to 2022. Given the 18 years they were in a monogamous partnership, plus the years since their marriage, this couple has lasted a full 32 years. The secret to their longevity? As Takei put it during an interview, “We are truly a team – me as the actor, writer, activist, and Brad as the manager, scheduler, and all-around essential guy…And we love being able to share our lives and our livelihood.”

As a musical genius, Elton John achieved great fame in the 80s and 90s. He also endured alcohol and drug addiction, as well as bulimia. He was a mess. He got sober in 1993, and, as most recovered addicts, knew he had to find a new social life. He had already come out as gay, and the whole world knew his sexuality.

John decided to have a dinner party in his home to further his efforts to find a new social life. A friend of his brought Canadian filmmaker David Furnish along, and the attraction was immediate, according to both of them.

In 2005, John proposed to Furnish. And they entered into a civil partnership which is all the UK allowed at that time. In 2014, they officially married, as soon as it was legal. Over the years, they have become parents to two boys born of a surrogate.

John and Furnish have been together for 22 years. In a 2016 interview, John spoke of the lasting love he and Furnish have. In his previous relationships, his lovers were much younger, they didn’t have jobs, and he showered them with gifts, trips, and such. In his new sober life, he met a man who had a career and didn’t need him for anything. They were independent and fell in love with no ulterior motives.

He once said that one of the things they do religiously is send a card to each other every Saturday, no matter where they are.

16 years after getting together, DeGeneres and De Rossi are still going strong. DeGeneres’s celebrity history is well known – first in a sitcom and then on her own daily show. She came out in 1997 on that sitcom and then on an Oprah Winfrey show. She openly dated other women after that. De Rossi was an actress, climbing in her career, finally landing a coveted role on “Ally McBeal.” Along the way, she married a man, knowing that she was really not attracted to men. She had other issues too – bulimia being the major one – until her brother stepped in and she changed her lifestyle. She didn’t come out as openly gay until after she met DeGeneres and they felt a strong connection. Both were dating other women at the time. Ultimately, they hooked up and got married in 2008. Their marriage has survived a lot, most recently the troubles Ellen had, being accused of creating a toxic work environment. Portia publicly stood by Ellen throughout. What keeps them together? Obviously, they are in love for the long haul. DeGeneres once told People Magazine: “Portia and I constantly say to each other, ‘We are so lucky.’ Sometimes it’s lying in bed at night before I go to sleep, and I just say thank you to whatever, whoever is out there.”

Both men are celebrities on their own – Harris an actor, producer, and writer; Burtka an actor and professional chef. They met in 2004 but didn’t begin to date right away. Burtka had to end a long-distance relationship he was in, and Harris had not come out publicly. They began to date casually at first, and then things got serious. By 2006, when Harris came out, they had been heavily involved for a while already. By 2010, they were parents of fraternal twins, and they married in Italy in 2014. Elton John performed. Today, they are well settled in with their kids and dog, in Harlem, NYC. After 16 years of togetherness, their marriage is strong, something Harris attributes to communication, too much communication sometimes, he says.

For over 20 years, Rachel Maddow and Susan Mikula have been together. Their chance meeting was almost comical. Maddow was taking odd jobs while working on her doctorate and got a yard work gig in 1999. She knocked on the door of the homeowner and it was Susan Mikula, a successful photographer. That chance meeting set off a relationship that was almost love at first sight, according to Maddow. Both were casually dating other women, but soon it was a strong monogamous relationship that has lasted all this time. Over this time, Maddow came to be a major player at MSNBC, ultimately getting her own show and becoming one of the top-rated news anchors on channel news networks. Mikula continued with her own career.

Both women are relatively private about their personal life together, but viewers of Maddow’s show were given some insight when Susan got COVID and was seriously ill. Maddow took some leave for quarantine and talked about it quite emotionally on her show. In one episode, she said that Susan was her whole universe and the one thing that she would kill or die for. This after 20+ years.

They share what all long-time couples share. It should be no surprise. Being gay and involved in a same-sex relationship or marriage doesn’t really factor into the longevity of the partnership. What does matter is that they are in love, that their love is nurtured and kept alive, that they work through issues and problems as they arise, and they are willing to put the needs of their partner before their own when necessary. Sound familiar? It should. It’s what professional psychologists and marriage therapists all know and state.