In the Closet Meaning - And We're Not Talking Clothes

Psychologists say every person has four layers of being. The top layer is our public persona - what the whole world may see; the second layer is what we share with acquaintances and many peers/co-workers; the third layer is reserved for close friends and family. But that fourth layer is what we reveal to no one - the secrets we keep to ourselves. And that is where the phrase "in the closet" came from. Early use of this term began in England, with the phrase "skeletons in the closet" - things about someone's past that they never want to be known by anyone else. Since then, the phrase has come to refer to anything a person is hiding from others, often out of shame or fear. 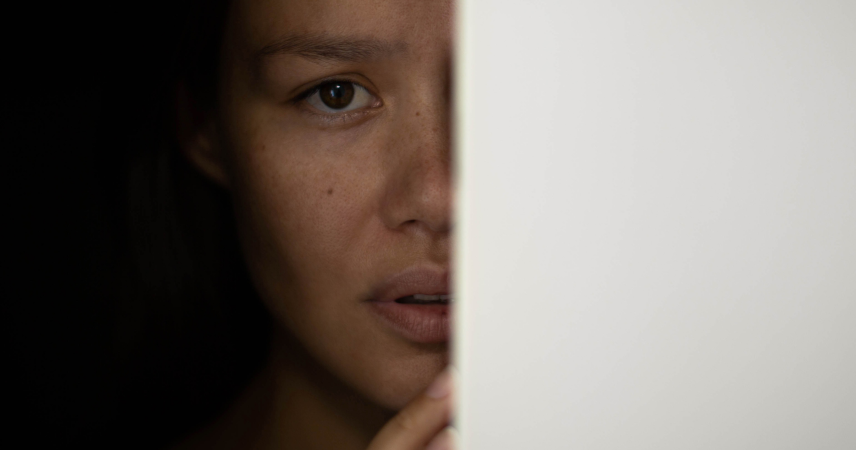 For the LGBTQ+ community, being in the closet means hiding sexual orientation or gender identity from individuals or groups of people - family members, fellow students, co-workers, and more.  And for those who remain closeted, it often means leading a double life, with all of the negative mental health issues and emotional anxiety that comes with that. It's not pretty.

Why LGBT People Choose to Stay in the Closet

Even with the far more open and accepting attitudes of society toward the LGBTQ community, and even laws that reflect a sense of that acceptance, all is not perfect for the closeted person. Laws do not necessarily reflect society as a whole, and discrimination remains. Consider these issues that the LGBTQ+ community still faces.

Sometimes this is subtle; sometimes it's quite open. Yes, it's against many laws to discriminate against people for their sexual orientation, but it still happens, even as a matter of public policy. The most famous example is The Trump Administration’s Transgender Military Ban - American Oversight, banning transgenders from military service. If Trump could engage in such public workplace discrimination, then others in private industries believe they have the right to do the same. While business owners may not have policies against non-traditional sexuality, they can still decide to make life very uncomfortable for those who are open about their gay life, their sexual orientation, or their gender identity. No one wants to be miserable on the job.

Personal Life Can Be Damaged

Others have concerns or fear in their personal lives and so decide to remain closeted. Typical problems are worry about family support or straight friends who may not want relationships with gay, transgender, or bisexual people. Other issues may be a relationship with groups or organizations that accept only heterosexual identity, such as a church, sports teams, or school clubs. Announcing a sexual identity other than heterosexual can result in rejection.

Still others with a non-traditional gender identity worry about the current political climate. A recent report from the Southern Poverty Law Center (SLPC) had this to say: "Groups that vilify the LGBTQ community, represented the fastest-growing sector among hate groups in 2019." This report goes on to say that the increase is the result of a growing number of conservative politicians in public office who are openly making anti-LBGTQ statements and accepting support even from groups that promote hate crimes. Many of the anti-gay groups have religious affiliations and even typify gay men as child predators. And hospitals affiliated with conservative religious organizations may treat their gay patients differently, and this becomes an issue of fully equal access to health care. In this environment, it is no surprise that a closeted person may choose to remain where he is.

LGBT people also choose to remain in the closet for career reasons. Doctors, lawyers, accountants, and other self-employed career professionals fear that openly revealing their sexual orientation may mean rejection by those clients who disapprove of homosexuality, non-traditional sexual orientation, or gender identity that is objectionable. This can mean loss of business for such a person and will certainly hit them in the pocketbook.

Lesbian gay women, gay men, bisexuals, transgenders, and any other person with a non-traditional sex life belong to a minority group anywhere in the world. Minorities of any type are subject to unequal treatment, but the LGBTQ community perhaps suffers from more hate and scorn than most others. This can cause a host of mental health issues, such as depression, stress, and even self-hate. It is also important to remember that there is a higher percentage of drug abuse and other risky behaviors within the LGBTQ community than within other minority groups. This is especially true when members do not have a support system.

Two psychiatrists, Jack Drescher and Matthew Fadus recently wrote an article on what they call "minority stress" of SGM (sexual and gender minorities) that goes beyond common stressors of most minority groups. Here are the points these authors make:

To quote these two authors and the clinical studies they summarize, "Chronic stress among LGBTQ individuals can lead to increased risk of substance use disorders, depression, anxiety, suicide, and self-harm among other mental health issues."

Closeted gay, lesbian, bisexual, and trans who remain that way suffer from all of the above stressors but with the additional burden of hiding their true identity and the constant fear of being "outed." Life is spent trying to look and identify as a heterosexual person in their social and physical environments and then "sneaking" into secret and sometimes unsafe environments where they can "live" a life they really want and need. And according to the psychiatrists above, this dual life can be disastrous. 30% of homeless young people are LGBTQ, and the suicide rate among gay, lesbian, bisexual, trans, and queer men and women is twice that of those who identify as heterosexuals and lead sexually "normal" lives.

Coming Out of the Closet Has Different Meanings

"The true ugliness of the closet is its subtlety. It eats away at your soul bit by bit and you don't even realize it. If you never deal with it or come to terms with it, then ultimately the closet will destroy you."   This quote from writer Gar McVey-Russell in his book, Sin Against the Race pretty much says it all. Although a piece of fiction, it is one of the most basic books that deal with the identity concerns and struggles of the LGBTQ community.

If you are struggling with important aspects of your self-awareness or if you are self-aware but in the closet, then you should know that there are steps or levels of coming out. You don't have to do this all at once to everyone, in every environment, and within every relationship you now have.

You don't owe anyone an explanation about your personal life. Your sexual identity, behavior, and openness are totally up to you. And so is coming out of the closet in the phases you choose.

In recent years, formerly closeted celebrities and athletes have made very public announcements about their homosexuality. These include such people as:

What's Next for You?

The goal of this discussion was two-fold: 1. to speak to our readers about the ups and downs of coming out and the risks of both coming out and staying in the closet, and 2. to show that coming out can and probably should be something you do in steps. Let's recap.

The Ups of Coming Out

The biggest "up" is the emotional relief you will feel once you are no longer "living a lie." But in addition, once you have decided to pursue your sexual preferences, you will be able to "hook up" with others like you, at least in a digital environment, until you find those others within your geographic setting. Universities, and even some high schools, now have LGBTQ organizations that provide support within a healthy social setting.

The Downs of Coming Out

You may lose people who cannot accept who you are. This may include family members, relatives, and friends you have held close. It hurts.

If you take away one best piece of advice, let it be this. Coming out of the closet is a process, not a one-shot deal. It's one thing for a celebrity to come out to the world via a television interview or Twitter. It's another thing for you. Elton John, for example, had his musical genius and many other gay celebrities who applauded and celebrated his coming out. You might not have that luxury. Find the process that is most comfortable for you, be flexible as you follow that process, and, above all, take all of the support that is offered.