It’s back in full force. Two years ago, BFI Flare was canceled due to COVID, and last year it could only be accessed online. And that was nothing like being there in person with others and being able to spontaneously react and discuss in the presence of others. 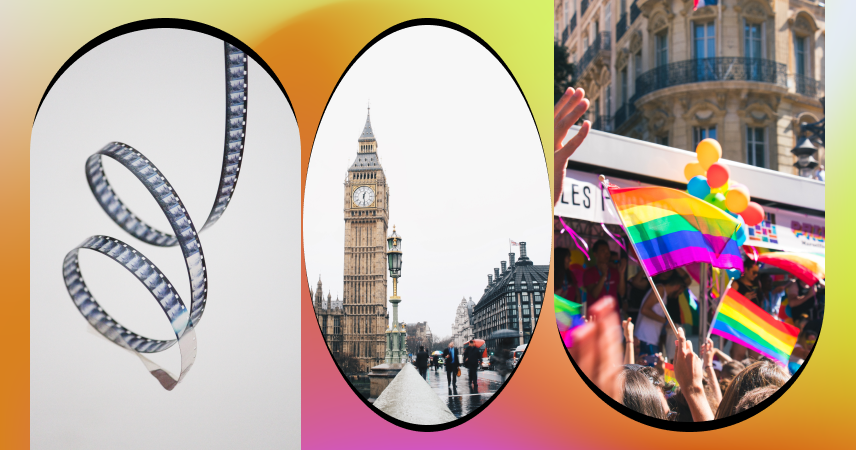 Just What is BFI Flare?

For those who are not aware, BFI Flare is the largest LGBTQIA+ film festival in Europe. This year, it is scheduled from the 16th through the 27th of March, and excitement is building as people all over Europe make their plans to attend.

A bit of history here

The British Film Institute (BFI) has been around for a long time, at Southbank, and remains a center of the film festival industry worldwide. The first BFI Flare was held here in 1986, under the title, “Gay’s Own Pictures,” featuring films created by members of the LGBTQ community. The name was changed to the “London Lesbian and Gay Film festival” in 1988, and finally BFI Flare in 2014

Initially, the festival lasted two weeks but has now been shortened to ten days.

None of this is exciting news for you. It’s just a bit of trivia. What is exciting is this: toward the end of February, the lineup of films is released, and these should be more interesting. And just a note here: you can access the entire festival and the films online.

There are three categories of films - Hearts, Minds, and Bodies – and there is a wide array of films to choose from to view in each one. A few of the highlighted films include:

An additional category for the ’22 festival is “Freedom,” and there are five films featured in this category.

For a full listing of all films, check out the official BFI website. They include dramas, comedy, and documentaries in all of the categories.

Not to worry. You can download the BFI Player on the official website and sign up for the films you want to see. Prices vary based on the number you choose. There is also a full brochure for a minimal price, so you can read the film summaries to make those choices. Pick your films, have a small gathering of friends at your home, and enjoy a great evening. Another note here: English subtitles are available for all foreign films.

No one is out to make a ton of money here. Ticket prices are really reasonable so that anyone who wants to participate can. Still, it’s a great way to support the amazing talent of film artists.

Every year, festival organizers choose one film for the opening and one for the closing.

Opening Film: “Girl Picture”: This is a “coming-of-age” drama featuring three young women who explore their sexuality. It won the World Cinema Dramatic Audience Award at Sundance. It’s in Finnish but with English subtitles.

Closing Film: “Tramps”: Here is a great documentary about young people who have thrown off the grunge look of the “punk” 70’s for a new “look” – These are fashionistas on the streets of London who came to be known as the “New Romantics.” Their clothing style is non-gender but always elaborate and interwoven with music, film, and performance. Director Kevin Hegge does a great job of featuring some of the lesser-known New Romantics.

Again, to access all of these other special events, get on the website and explore. There is even a large after-party at the end of the 10 days – it will be fun both in-person and online.

You don’t know what you are missing. There are a huge number of film festivals all over the world (many in the U.S.) that feature LBGTQ+ producers and/or queer subject matter. You don’t have to limit yourself to BFI Flare. Just Google LGBTQ film festivals 2022, and you will have your pick! If you’ve never experienced an LGBTQ festival, now is the time.