Voidpunk - What is it? What does it mean? 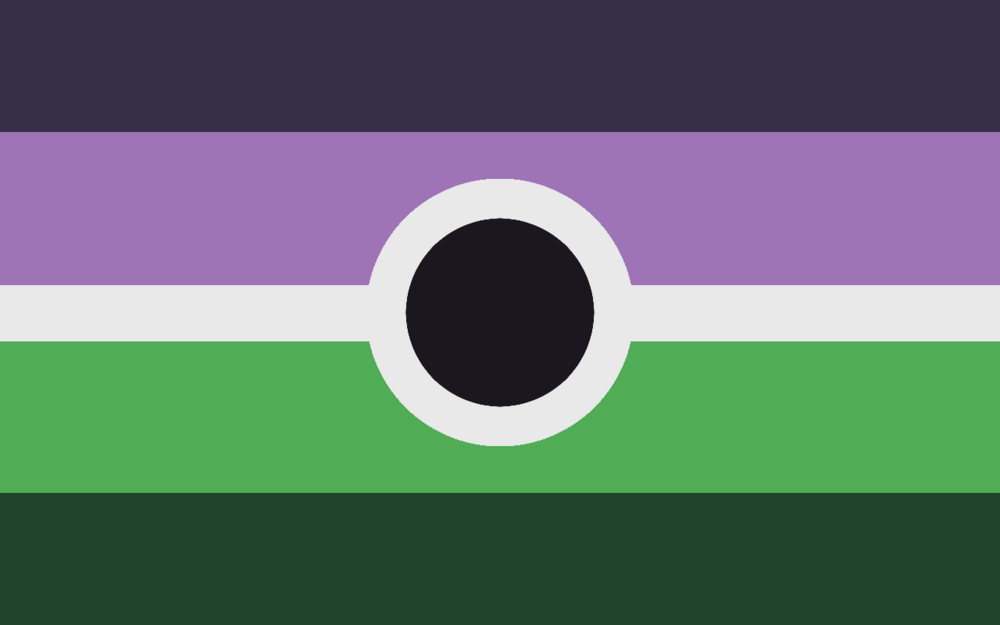 Voidpunk is a subculture within the LGBT community, specifically among certain dehumanized or marginalized groups, who feel rejected from society's standards for humanity, and aim to reclaim their dehumanization. The embrace of one's non-human identity is at the center here, and there is a strong link to resistance against oppressors.

Voidpunk is a contraction of 'void-' after the English term for "emptiness" or "lack of something (meaningful)" and the suffix "-punk," a popular suffix known from examples such as steampunk, cyberpunk, or dieselpunk.

Like other forms of punk, voidpunk has a very clear aesthetic associated with it. People who identify this way often display these aesthetics in a prominent way, either in real life or in digital spaces like social media or a site. This is also a method for groups belonging to the subculture to find each other or share information anonymously.

The aesthetic can be recognised by the distinct colour scheme associated with it. These colours consist of primarily black and white, with cool tones of purple, green, and blue. Note that other colours can be added in as well, as per the individual's preferences.

It is also very common to create and relate to a so-called "voidsona," which is essentially an original character who functions as an avatar for individuals. These voidsonas often convey information on how individuals feel disconnected from or shunned by society, and may include themes of rejection of normality and/or embracing their new environment, and may also include elements of revenge against one's oppressors.

Some individuals may share their experiences using music. A short list of songs associated with this identity can be found below. Click a link to discover more.

While the idea of embracing your dehumanisation or the behaviour of bigoted individuals within society is as old as humanity itself, the precise term was created in 2018, with the concept being identified by Tumblr user Arotaro on February 18 and the name being coined some time later by Tumblr user Milkchocolateowl on September 2. Since then, the community has grown exponentially, and various sub-groups of individuals who bond over their similar experiences of being treated as subhuman now exist.

The community may include anyone who, in general, has experienced dehumanisation. This dehumanisation can take any form, from physical violence or verbal taunts to exclusion or bullying. Examples may include aromantic individuals, nonbinary people, neurodivergent folks, and many more. Because of the wide variety of members, no one generalisation or set of rules can be applied to the entire group of people; instead, various sub-sections of communities each have their own aesthetic, norms, and shared experiences.

The voidpunk flag was created some time after the coining of the term itself, on October 28, 2018. The flag consists of two horizontal stripes of two different shades - one dark, one lighter - of purple at the top of the flag, two horizontal stripes of green at the bottom - also in two shades - with a thin white barrier separating the two, and a black circle in the middle.

The creator of the voidpunk flag is Tumblr user honteuzaikonfu, who also offered an explanation for what the different colours of the flag represent. The two purple stripes at the top of the flag represent asexual individuals, as well as non-binary individuals. The green at the bottom is for aromantic and neurodivergent individuals. The thin white barrier across the middle represents the unity of the many different (sub)communities across the subculture, while the black circle stands for a black hole, symbolizing the void as well as a lack of humanity. For more information, check their Tumblr blog here. 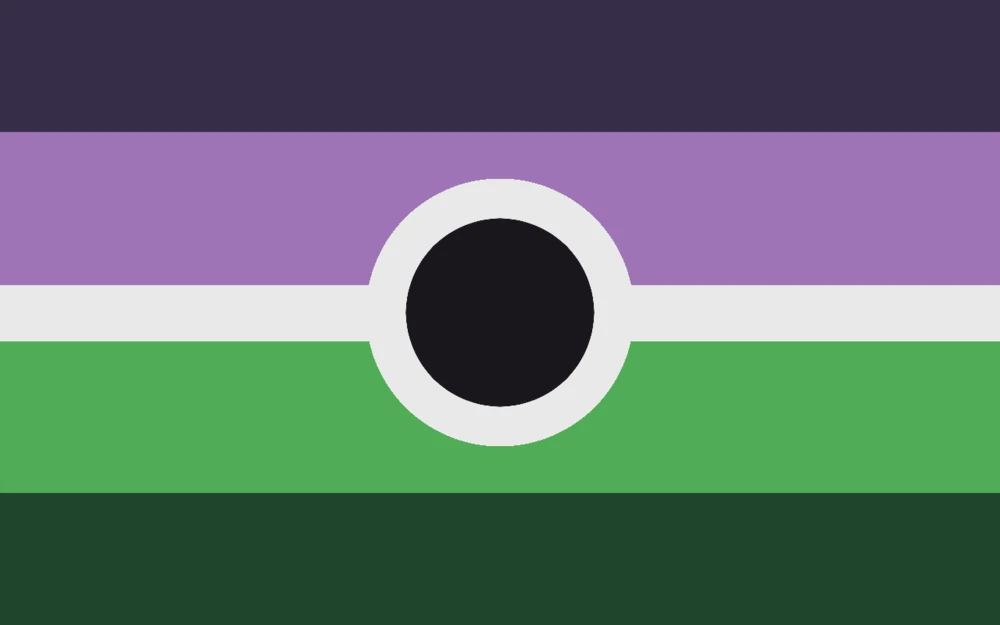 There is no universally-used symbol. Note, however, that groups within the broader community may identify with a particular symbol. For more information, read up on the subsection you are interested in directly.

Since the main common denominator among voidpunk folks is a rejection of societal norms for the dehumanisation that they have experienced, rather than a gender or sexuality, many do not place any particular importance on pronouns as a group. Of course, each person may well still have a preference for which pronouns to be used to refer to them, so keep in mind the same rules that you would apply in any other situation.

The concept is a rather broad one, as anyone who identifies as human but has experienced some form of dehumanisation may count themselves as part of this community. The key question to ask yourself here is whether the above descriptor applies to you: have you experienced this type of dehumanisation, do you want to reclaim your dehumanisation, and/or do you want to make sure that your oppressors do not hold any power over you in general? If you answered yes to any of these questions, it may be worth looking into whether this label is for you, for isntance by visiting a voidpunk site or talking to others about it.

How to support someone who is voidpunk