Uranian - What is it? What does it mean? 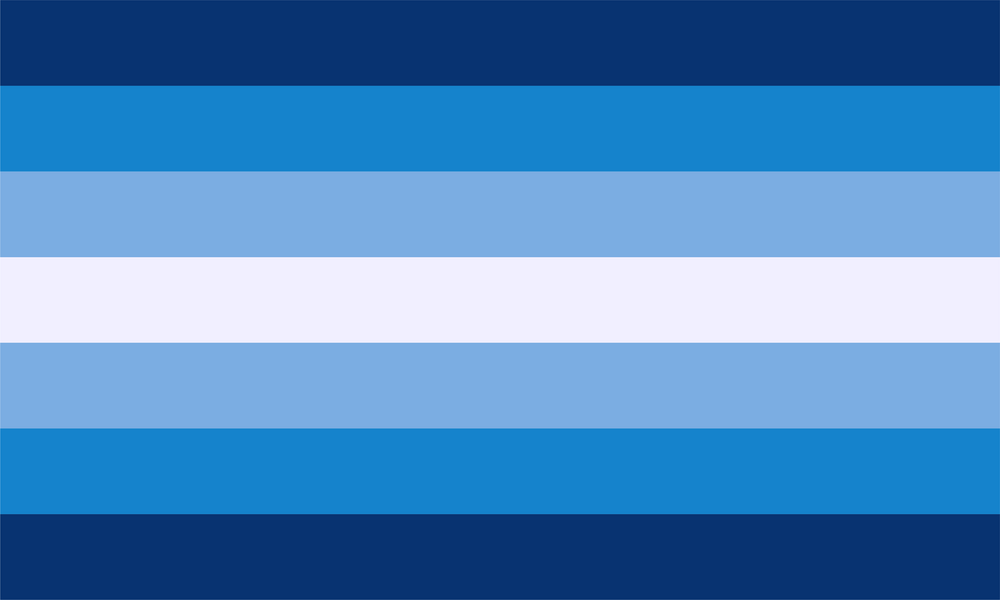 Uranian is a historical term that typically refers to male homosexuality. At the time of its inception, the definition of the term meant male love or feminine men who were attracted to other men.

According to Moscas De Colores Dictionary the word refers to:

“an archaic term urning used to name gay men and is a loan word from the German language Urningtum, created in 1864 by theactivist Karl Heinrich Ulrichs (1825-1895). This neologism of that time referred to the greek goddess Aphrodite Urania that appears in Plato’s Symposium as protective of gay love, and that would be the then so-called third sex.”

That said, in the 21st century, the term uranian has made a resurgence as a term for gay men and men-aligned individuals. It is now among the many terms used to describe gay men like vincian and turian.

The first public use of the term uranian in the world was coined by a German sexologist and activist Karl Heinrich Ulrichs in a series of his five booklets with the title Forschungen über das Rätsel der mannmännlichen Liebe or The Riddle of Man-Manly Love in English language.

Ulrichs developed the term based on the German word urning because the term homosexual did not exist before a pamphlet published anonymously by Karl Maria Kertbeny a year later. The first English adaptation of the term urning in the English language was by John Addington Symonds. That said, most researchers argue Symonds' meaning does not refer to Ulrichs’ work.

Uranian is a term that is also relating to a homosexual emancipation movement of gay male artists and philosophers in the late 19th, early 20th centuries. Among them is Oscar Wilde whose writings now form Uranian poetry. Despite meaning common love between male people, as noted by English language advocates uranian solely meant homosexual men and did not include individuals who were assigned female at birth.

Nowadays, the term has been reclaimed by people who are male, male-aligned, assigned female at birth who are non-binary, gender fluid, trans men, and so on. In 2021 three respondents on the gender census identified themselves as uranian. A Discord server launched for Uranians as well as people interested in early LGBTQ+ history was also published in 2021.

The uranian flag was published somewhere in the mid-2010s by queer activist Valentin Belyaev. Belyaev proposed an alternate gay men’s flag with mirrored blue stripes for homosexuality, as well as, heavenly depiction of uranian love by writers of the Uranian movement. 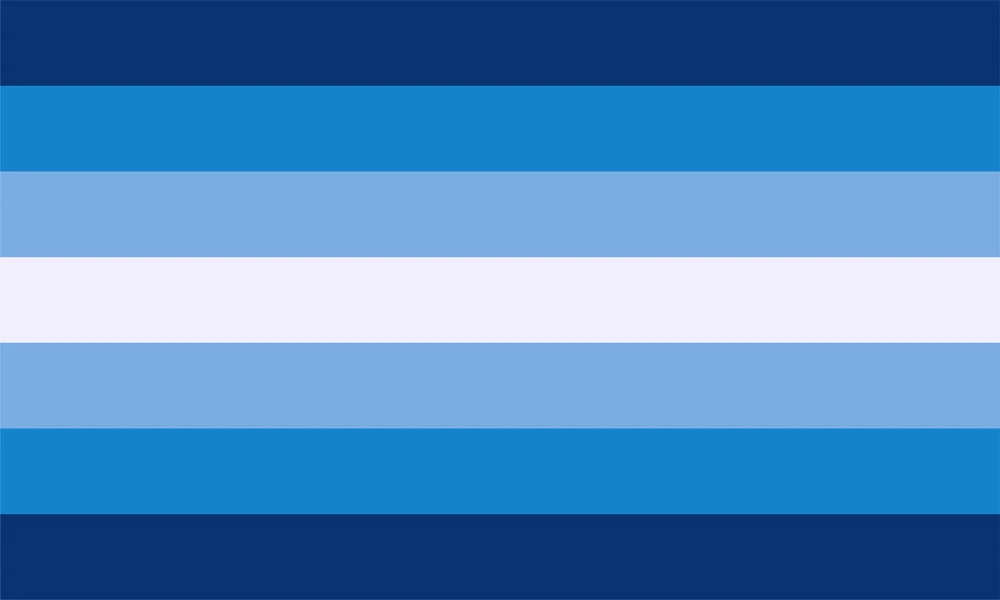 People who identify as uranian are often male, male-aligned, trans male individuals. They may also be non-binary and gender-fluid as well as agender people who are attracted to men.

Uranian people may use a variety of pronouns ranging from he/him to they/them as well as pronouns of their choice like xe/xem, ze/zir, ee/eem, and so on. It is important to state your pronouns in written and oral communication and politely ask the person about their preferred pronouns. Please note that some people may prefer to use their name instead of pronouns. Never assume someone’s pronouns based on their sexual or romantic attraction, orientation, or gender expression.

How to Know if You are Uranian?

In today’s society, there are many labels that people use to put on their identity. Some folks choose to avoid labels altogether. If you feel that uranian best fits you then go ahead and use the term.

You may be uranian if:

There is no set of rules when it comes to being uranian. Some feel the term is archaic and outdated while others believe it is a reclaimed term that fits them best. Either way, if you believe uranian best describes your sexuality then it is the best label for you at the moment.

How to Support Uranian People?

There are several ways to support uranian people or people who may fall under the uranian umbrella. Some individuals will also identify as gay depending on their native language and culture.

Some of the best ways to support uranian individuals are:

This identity is not new, but the reclamation of the terminology is fairly recent. Some people may find it offensive, so never use the term without confirming that it is okay to say first. Remember that if you are an active supporter and listener, you may help someone feel safer to be themselves. Keep an open mind, speak out if you see injustice, prevent harassment and bullying at school or workplace. 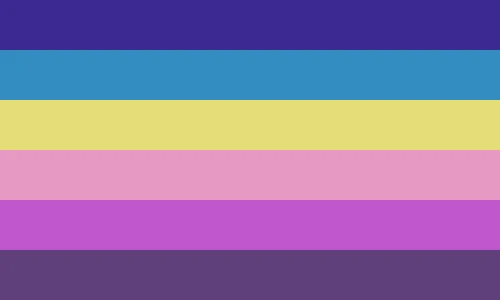 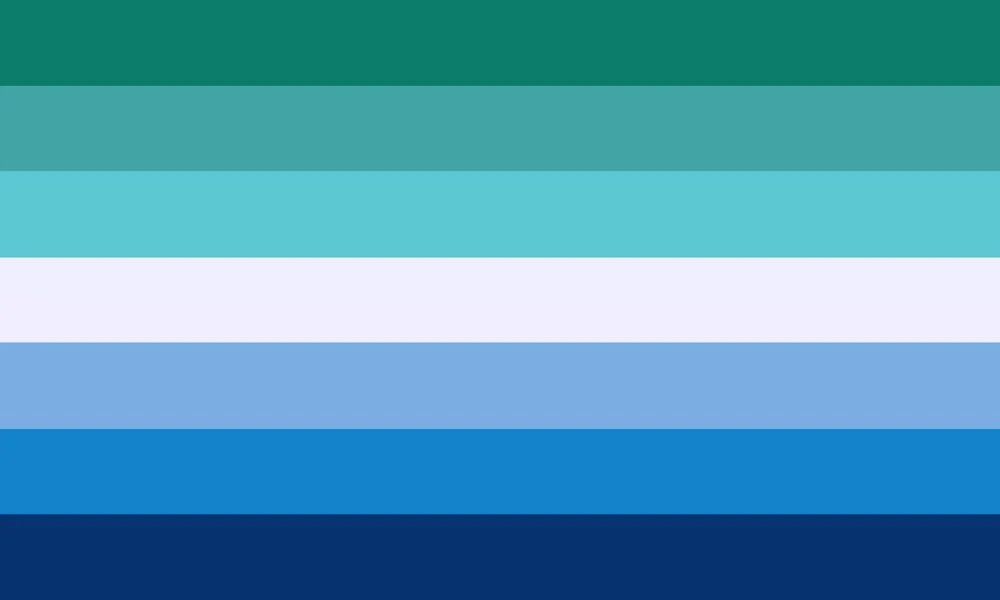 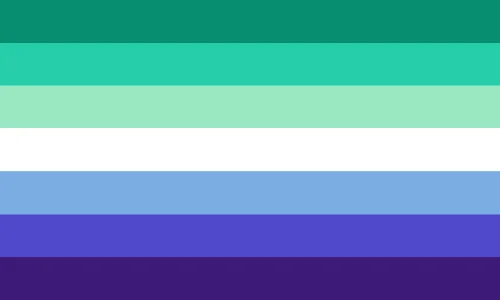 Julia Sotska
Julia Sotska is a former Senior PR Manager at Taimi. She hails from Toronto, Canada where she studied Communications and Journalism Broadcasting. Julia is an experienced journalist, TV producer, editor and communications manager. Her work has been featured in prominent publications in Canada, the United States, Australia, the United Kingdom, and more. Julia is passionate about LGBTQ+ and disability rights, mental health, wellness, and parenthood.
What do you think?
👍 Upvote - 1 😝 Taimi - 0 😍 Love - 0 😯 Surprised - 1 😢 Sad - 1
Get Taimi App for Free