Queerplatonic Relationship - What is it? What does it mean? 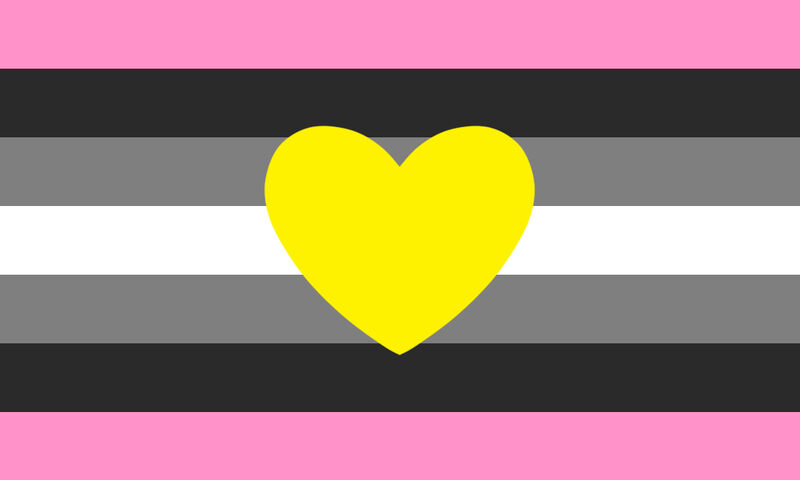 According to WordSense Dictionary, the term queerplatonic is an adjective that combines the words queer and platonic. The best to properly describe queerplatonic couples is they closely resemble romantic partners and friends but do not fit the general idea of a close friendship or romantic relationships with someone.

If referring to a queerplatonic relationship it can be defined as:

“Not romantic or sexual relationships, but sharing a stronger emotional bond than typical in a friendship.”

Since queerplatonic relationships are practiced by partners who are on the asexual and/or aromantic spectrum the words boyfriend/girlfriend or partner or even significant other do not fit queerplatonic partnerships. That’s why the terminology had to evolve and create its own labels for a partner like:

Squish, Plush and Squash: in other words a QPR crush. The terms characterized someone to have an intimate connection with but outside the nature of a traditional intimacy or romance. So a crush who may eventually become a SO but not in a heteronormative way of attraction or feelings.

Zucchini: this term started out as a joke in the a-spec community to refer to partners. It quickly became a label to describe a queerplatonic partner.

The terminology around queerplatonic relationships was first documented in 2010 in an online thread called Kaz’s Scribblings. Since the word queerplatonic originated in late 2010, by the time 2011 rolled around it quickly gained popularity among online users.

It described an aromantic form of a connection with someone that were outside the boxes of friendship and/or romance. In spring 2014 the phrase quasiplatonic relationships was coined for a-spec people who were uncomfortable with using the word queer.

There are several variants of the queerplatonic flag available online. At least four different designs have been proposed with the same color scheme of pink, yellow, and grey.

The most commonly used queerplatonic flag features these colors as well as a large yellow heart in the middle. 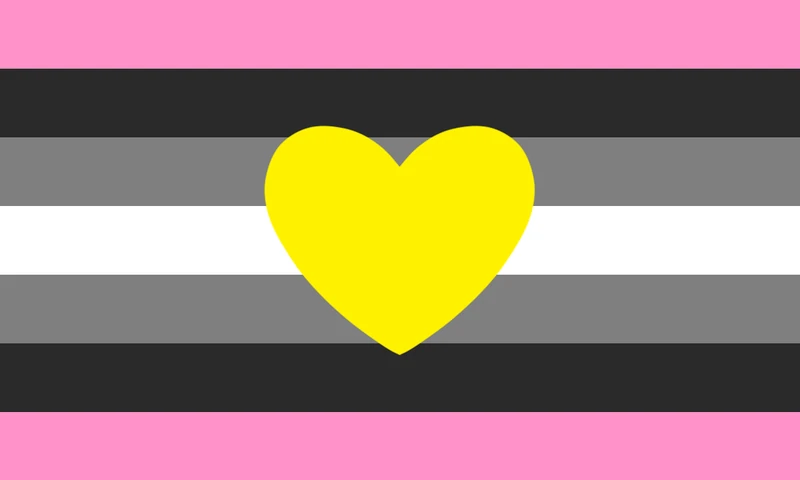 The yellow stands for platonic connections. Pink symbolizes romantic attraction and grey symbolizes everyone on the a-spectrum.

People who experience queerplatonic attraction can be cisgender, transgender, or non-binary. They are most frequently on the asexual and aromantic spectrum but that does not mean they have to be. Their emotionally close relationship with someone does not involve the normal forms associated with desire and attraction.

A person also does not have to identify as asexual, aromantic, genderqueer, gay, or any other level to be in a queerplatonic relationship. That said, people may use a variety of gender-specific like he/him or she/her as well as gender-neutral pronouns like they/them or ze/zir. They may also prefer to not use pronouns at all and ask to use their name instead.

It is important to always share your pronouns and ask a person about their preferred pronouns in conversation. Never assume someone’s pronouns based on their sexual or romantic attraction, orientation, or gender expression.

How to Know if You in a Queerplatonic Relationship?

QPRs are often seen as having a different level of emotional closeness and attraction. Some queerplatonic relationships may resemble a traditional definition of a friendship while others may seem more like a romantic partnership. For example some people live in the same house, create major life activities together or develop a so-called family unit.

There may even be a form of physical affection involved like hand-holding, cuddling, kissing, and even having sex. A queerplatonic partner may express desire to get married.

There is no set of rules when it comes to queerplatonic relationships. For some, it involves physical aspects for others it does not. It all depends on what people find fits them best and makes them happy.

Generally, people in QPRs have a deep commitment to one another. For example, many may be considered exclusive partners. They are devoted to their connection and show commitment to life-planning that may be different from traditional ways of a romantic relationship but fit a queerplatonic relationship.

How to Support Queerplatonic Relationships?

The fact of the matter is to throw expectations out of the door. Whatever you feel or believe a partnership should be is quite frankly your feeling, not the other person’s. So, if you desire to showcase your support for a-spec folks who are in queerplatonic relationships, start by doing the following to support the community:

It is important to note that the expectations in queerplatonic relationships are not the same as in the typical heteronormative ones. People in QPRs experience different models of partnerships and connections. They break the rules and bend the norms to make their relationship work for them.

QPRs can be a committed long-term monogamous relationships or polyamorous relationships if that works for the people that are in it. The most important thing is not to judge, listen and offer a helping hand when asked. Do not give advice if you’re not asked for it.

Remember that if you want to show support for LGBTQ+ people including a-spec individuals you may seek out your local LGBTQ+ organizations who work with specific members of the community. Think about your commitment and involvement in issues and why it matters to you.

Also, if you want to be in a QPR, go ahead! Your relationships are yours to claim and you do not have to fit into a box in order to fulfill societal norms and expectations. 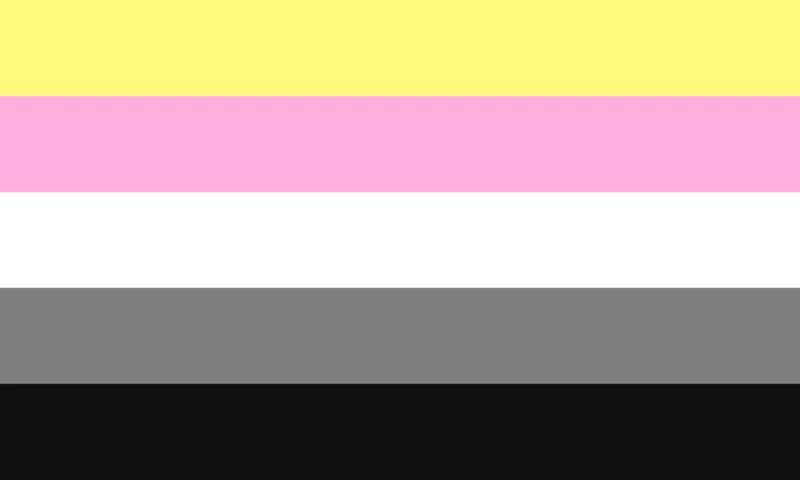 An alternate version of queerplatonic flag

Julia Sotska
Julia Sotska is a former Senior PR Manager at Taimi. She hails from Toronto, Canada where she studied Communications and Journalism Broadcasting. Julia is an experienced journalist, TV producer, editor and communications manager. Her work has been featured in prominent publications in Canada, the United States, Australia, the United Kingdom, and more. Julia is passionate about LGBTQ+ and disability rights, mental health, wellness, and parenthood.
What do you think?
👍 Upvote - 35 😝 Taimi - 0 😍 Love - 23 😯 Surprised - 0 😢 Sad - 5
Get Taimi App for Free