Pink Capitalism - What is it? What does it mean? 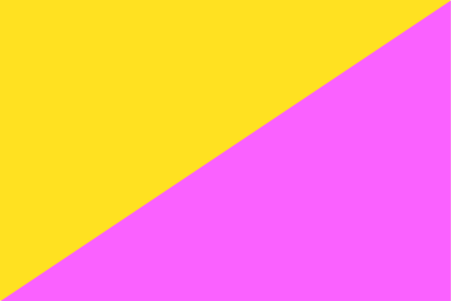 Pink Capitalism is a term that typically refers to the act of corporations trying to create a false feeling of support for the LGBTQ+ community while getting as much financial gain from them as possible especially in June. The term is synonymous with Rainbow Capitalism, Gay Capitalism, and/or Homocapitalism.

Pink Capitalism is the concept of the gay liberation movements, sexual diversity services,  pinkwashing that sees profit coming from consumerism, market and political economy. It is about corporate interests who aim to create a trend despite a history of the oppression of homosexuality.

The term refers to completely unregulated capitalism. It is all about the economic relationship as well as fashion trends that activists argue milk the significant purchasing power of LGBTQ+ folks. One example may be noted as using Rainbow logos during the month of June , ads that target gay people, so on. The theory focuses on the ideology of creation a false sign of assistance for marginalized groups.

It focuses on gaining wealth from lesbian and gay community as well as transgender, bisexual and other people. The best way to describe it as movements in which corporate giants push to promote the empowerment of homosexuality by ads in the media.

Some people argue that rainbow capitalism is a good thing resulting in more acceptance of marginalized groups in the society. However, it doesn’t work for the very definition of capitalism is about accumulating as much wealth as possible with no regard for the social and political implications.

Pinkwashing goes hand-in-hand with economic relationships of pink capitalism. In theory, it is the action many take to showcase their help on the surface while distracting from the violence and oppression LGBTQ+ people face.

Pinkwashing describes marketing and political strategies that are aimed at people, entities, products, and so on through the gay-friendly point of view especially during the month of June which is evident by the number of seemingly progressive ads, posts and merchandise. However, this desire to prove to the society that a firm can fight for human rights often hides a system culture of violence, oppression and discriminatory policies.

Rainbow Capitalism has been parallel to the development of capitalism in the west. That said, LGBTQ+ rights did not get recognition in the United States and Canada up until the 1970s. Even today, there are countless places in the world where being LGBTQ+ is illegal. Therefore, rainbow capitalism may be causing more harm than good.

As far as the rise and earliest mentions of gay capitalism are concerned, they can be traced to the beginning of the 20th century.

At the beginning of the 20th century, LGBTQ+ bars, cabarets, press specifically geared towards the LGBTQ+ people in the United States and Europe start to take roots. It is important to note that members of the LGBTQ+ folks are still publicly persecuted and discriminated against. However, the development of businesses that are for the LGBTQ+ people may be the catalyst in the gay liberation movement of the years to come.

The Stonewall uprising in New York City is the start of the LGBTQ+ liberation movement in the United States and beyond. The ongoing protests and marches increased public visibility and social as well as political integration. The movement kickstarted March and Parade actions in June to bring attention and awareness to the LGBTQ+ people’s struggles and issues.

The 1990s brought a better understanding of the LGBTQ+ people's issues to the masses. Thankfully, the harassment against LGBTQ+ people started to diminish in the United States, Canada, and Europe. Media ads during the month of June specifically targetted LGBTQ+ individuals. This resulted in more financial flow for LGBTQ+ causes. Essentially, the 1990s can be dubbed the beginning of Pink Capitalism in the world. The LGBTQ+ began to spend money, especially during Pride season.

Today, the dynamic of Pink Capitalism can be seen during Pride Month celebrations. Many change their logos to rainbow colors, some sponsor Pride parades, and floats, others change their products to be more LGBTQ+ friendly. However, this is only a temporary phenomenon that does not focus on queer liberation around the globe, anti-discrimination policies, and rules that make it easier for LGBTQ+ to function in a society as a whole.

There is only one version of the Pink Capitalism flag which features pink and yellow colors. It has no known meaning. 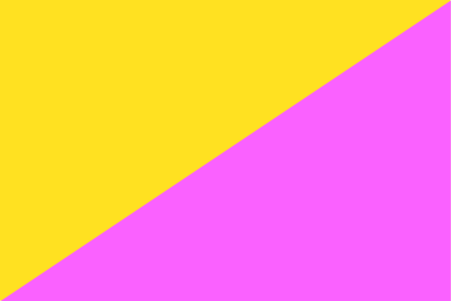 How Does Pink Capitalism Work?

There are pros and cons to Pink Capitalism. Among the many negatives associated with marketing and politics aimed at the LGBTQ+ people, many of the civil and political rights would have not been achieved if queer consumption did not come to the forefront. In a sense, Pink Capitalism brought LGBTQ+ culture to the masses. It opened up a unique world to the wider public. In fact, oftentimes the rainbow logos and things that are specifically targeted at queer people are purchased by heterosexual individuals.

Pink Capitalism or at least the results of it somewhat sped up the achievement of some LGBTQ+ rights like equal marriage or gender identity recognition. Unfortunately, today the LGBTQ+ rights movement is increasingly being exploited for political and economic gain.

What Can You Do?

Since more and more different companies continue to jump on the queer bandwagon, Pink Capitalism is here to stay. Making a profit is the driving force behind many decisions corporate America and Europe make.

The fact that corporations affirm LGBTQ+ rights is a positive thing, on the surface, but considering the history of the liberation movement, it is important to not forget why queer people still need Pride marches around the globe. Some brands are doing better than others, many choose to donate a portion of their sales to LGBTQ+ organizations and charities.

Remember, pinkwashing means that a business publicly shows support for the gay community like changing social media avatars or publishing statements at the start of Pride season, but privately engages in practices that are detrimental to people who identify as LGBTQ+.

Many LGBTQ+ professionals are systematically discriminated against at work.

So, bringing attention to pinkwashing and rainbow capitalism is crucial to prevent workplace bullying against the gay community.

That said if we look back at the political origins of Pride many companies forget why they use the rainbow logo in the first place. So, as a consumer, you can do several things. Ask yourself the following questions:

It may not be easy to get the answers to the above, but at least you will try to get to the core of the intention and think twice about giving your money to a company that only cares about the LGBTQ+ community during the times they can profit from them.

How To Avoid Pink Capitalism

Let’s face it, is there any way to avoid Pink Capitalism? Probably not. You are bound to encounter corporations tooting their own horn during Pride Month about changing logos and website colors, products with rainbow symbols, bars, and clubs offering rainbow-themed cocktails and food. So, can you actually avoid all of it? You can take some of these steps to show your love for the LGBTQ+ community.

If you would like to truly show your progressive support with regard for the LGBTQ+ people try to avoid wrapping yourself in a rainbow flag and dubbing it queer activism. You can do great things by being an ally to the LGBTQ+ people. Speak out against injustice, prevent harassment, take part in LGBTQ+ march as well as events at school, work or university aimed at raising awareness. Be a true ally, not a pink capitalist.

International Journal of Law and Humanities:

Julia Sotska
Julia Sotska is a former Senior PR Manager at Taimi. She hails from Toronto, Canada where she studied Communications and Journalism Broadcasting. Julia is an experienced journalist, TV producer, editor and communications manager. Her work has been featured in prominent publications in Canada, the United States, Australia, the United Kingdom, and more. Julia is passionate about LGBTQ+ and disability rights, mental health, wellness, and parenthood.
What do you think?
👍 Upvote - 0 😝 Taimi - 2 😍 Love - 0 😯 Surprised - 2 😢 Sad - 1
Get Taimi App for Free