Homiesexual - What is It? What Does It Mean?

Homiesexual typically refers to an attraction to individuals who are the person’s closest associates of the same gender otherwise known as homies. The term homiesexual often applies to heterosexual men who do not identify as gay but may feel sexual attraction to their boy friends.

The term may also be applied to women who identify as heterosexual but may have interests in their female girlfriends. Homiesexual may sometimes be affiliated with bromance but it is not synonymous. Homiesexual may be considered a derogatory label by gay people in the LGBTQ+ community. However, this controversial sexuality has been reclaimed by social media influencers on TikTok and Instagram.

Homiesexual often refers to young men who can openly show love for a male friend or their homie. Homiesexual men are not generally in sexual relationships with one another or dream of having a sexual encounter with their homie. However, they will publicly hug, kiss, or express love in other non sexual ways.

According to Urban Dictionary homiesexuality is a sexuality where we homies but it ain't gay cause we’re just homies.

A New York Times article titled “Everyone Is Gay On TikTok” defines homisexual as a “term to describe straight men who go beyond bromance and display nonsexual signs of physical affection”.

Some homiesexual people may also be heteroflexible.

The term homiesexual originated on Reddit and Discord. It was originally meant as an offensive measure. Some used it as a troll term to mock the LGBTQ+ community. However, the term was reclaimed and is now actively used in ads on social media.

Many link the rise of homiesexual with Gen Z and social media. Young men who are straight no longer feel offended by the term gay. To them, being able to develop a close relationship with a friend is not an association of gayness. For many Gen Z social media users homosexual behavior is not a taboo.

In 2021 alone a search of #homiesexual gets more than 40 million results on TikTok. There are many ads, compilations, merchandise as well as memes stating “Nah, it aint gay. It’s homiesexual” 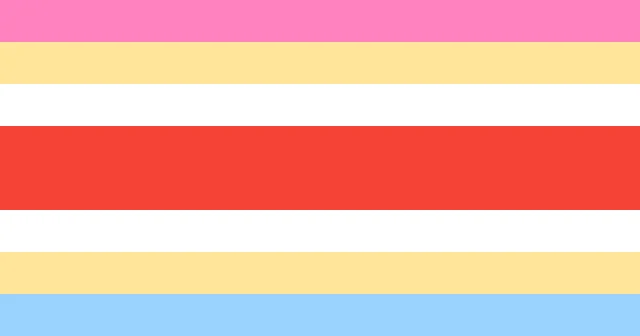 Homiesexual people are generally cisgender males who use he/him pronouns. That said, there may be cisgender, transgender, non-binary homisexual people who use a variety of pronouns like she/her, they/them, xe/xim, ze/zir, and so on.

Remember to never assume someone’s gender based on their sexual or romantic orientation as well as gender expression. Always share your pronouns in conversation and ask a homiesexual person about their preferred pronouns.

How To Know If You’re Homiesexual?

If you feel connected to other boy friends, are able to show feelings for your bro, are not afraid to sound gay, feel comfortable posting about your love your homie on a website. Hey, go ahead and claim the term homiesexual.

Nah, we are not here to tell you it is not a valid identity. In fact, many ads now showcase dream relationships between homies. That said, the term which may be viewed as pejorative by some.

You may be homiesexual if you feel comfortable touching, kissing, hugging, cuddling, connecting in sexual ways with your homies.

The word homiesexual gained notoriety on social media. Teens are rebelling against the heteronormative ideals of masculinity. The no homo trend is in the past. Young men who feel only a homie would understand them are embracing a kinda softer side of manhood with a TikTok trend #homiesexual. According to social media forecaster Steven Dam: “the new trend may be a lot less about homosexuality and a lot more about an evolving form of masculinity”

Straight men who take part in homiesexual trends may be considered a fraud. They have an option of going back to their straight lives without facing violence, abuse, and bullying for being gay. It is important to acknowledge and recognize the issues LGBTQ+ people face daily just because of their gender identity, expression, sexual or romantic orientation.

Julia Sotska
Julia Sotska is a former Senior PR Manager at Taimi. She hails from Toronto, Canada where she studied Communications and Journalism Broadcasting. Julia is an experienced journalist, TV producer, editor and communications manager. Her work has been featured in prominent publications in Canada, the United States, Australia, the United Kingdom, and more. Julia is passionate about LGBTQ+ and disability rights, mental health, wellness, and parenthood.
What do you think?
👍 Upvote - 4 😝 Taimi - 0 😍 Love - 1 😯 Surprised - 3 😢 Sad - 1
Get Taimi App for Free