He/Him Lesbian - What is It? What Does It Mean? 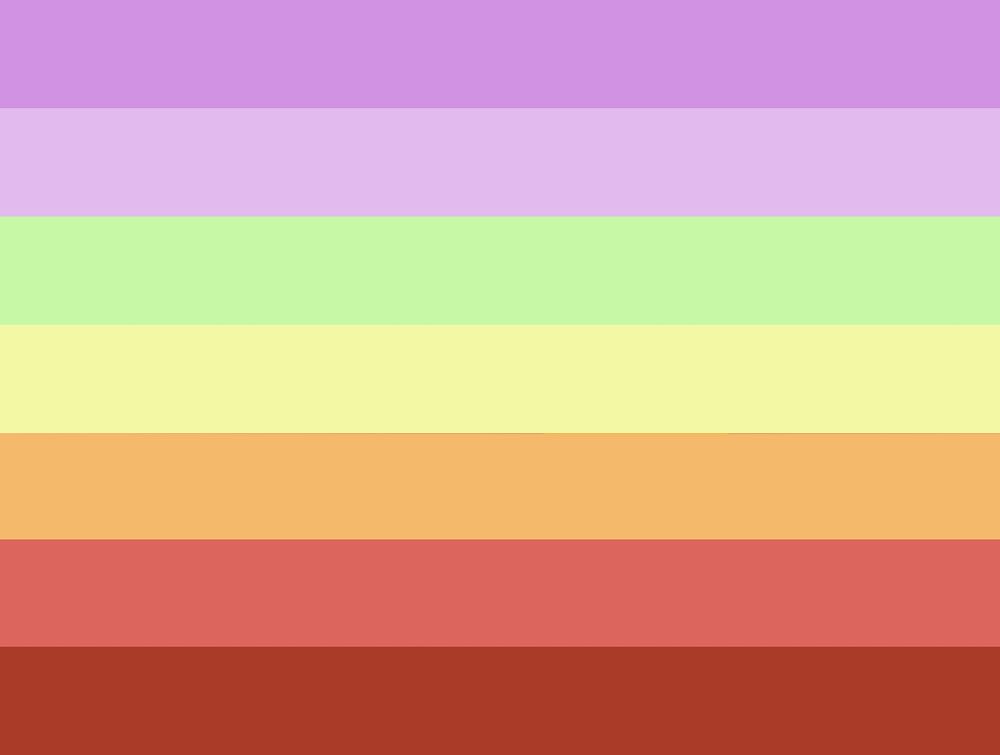 He/him lesbian sometimes known as hesbian is a pronoun non-conformity that refers to a woman, woman-aligned, or non-binary person that has a lesbian sexual orientation.

He/him lesbians do not identify as males. Pronouns do not always equal gender identity but can play an active role in their expression, similar to clothing as well as behavior. He/him lesbians often have a feeling of disconnect from womanhood, but often continue to identify as females with their partners. He/him is not exclusive to masculine-leaning sapphics or butch people.

According to Urban Dictionary he/him lesbian stands for people who prefer he/him pronouns:

Some confuse the term with straight males applying it in derogatory ways. Many LGBTQ+ people often use he/him pronouns to express the disconnect between womanhood and compulsory heterosexuality. The terminology has been in existence for quite some time.

A he/him lesbian may also be a cis or transgender woman, as well as a non-binary person. The term may also include trans women for safety reasons. It is not limited to cisgender women and can be actively used by anyone who prefers he/him and loves women. It does not mean they are invalidating other people's interests or attraction.

In the same way, a he/him lesbian may be a non-binary masculine, feminine or non-aligned person who identifies as he/him lesbian and chooses to go by he/him pronouns in daily life like their work, place of worship, school, and so on.

People can go by he/him lesbian exclusively or combine the term with others. It is important to note that neopronoun lesbians, she/her gays, they/them lesbians, and they/them gay individuals also exist. Their experience and terminology use is valid and should not be questioned by cisgender heteronormative society in any form.

He/him lesbian is not a new concept. Research shows that at the beginning of the 20th many butches used he/him to align better with their expression. Some may have used it for safety reasons, others used he/him lesbian to refer to themselves in LGBTQ+ spaces with their partners. It was one of the opportunities to present themselves to individuals while expressing their disconnect with femininity.

There are many AFAB as well as AMAB people who identify as he/him lesbian. A person can be sapphic if they are sexually and romantically attracted to females. They may use pronouns of their choice regardless of their birth sex.

The he/him lesbian flag was created in May 2018. It features a rainbow of colors to showcase the different ways of expression.

The colors represent butch lesbians, femme lesbians, those who are not either, and non-binary lesbians. 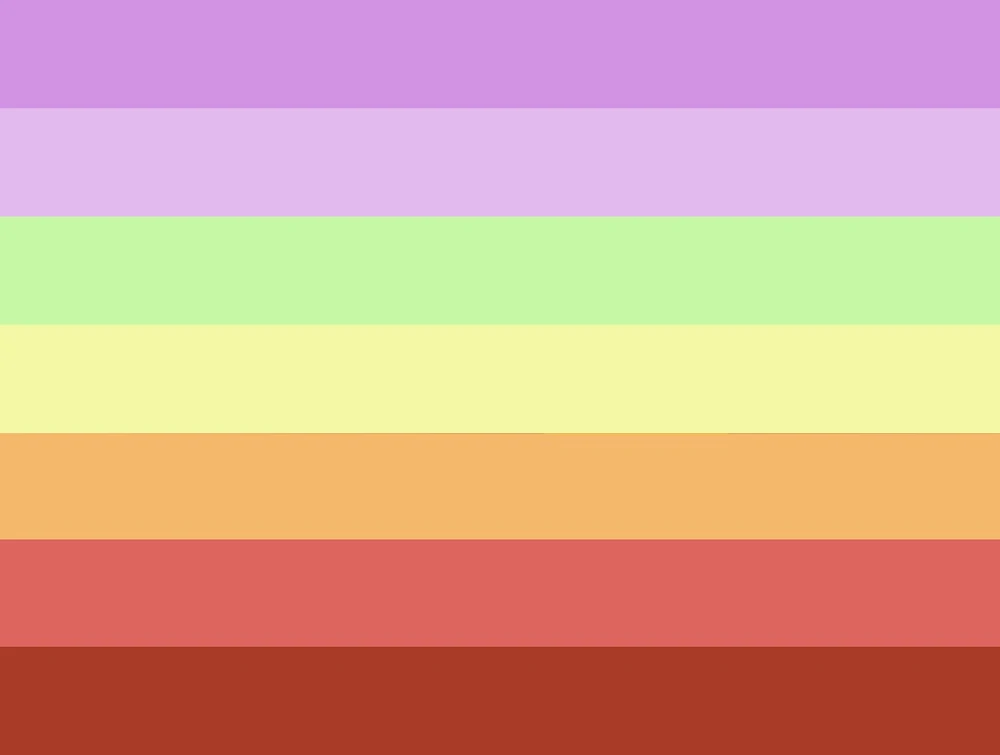 Pronouns do not equal gender identity. Yes, there are specific and neutral ones but assuming them based on a person's expression is ignorant. They can also be a form of expression where they match the person’s clothing, attitude, hairstyle but not their gender.

Some non-binary people use he/him and she/her. There are also drag queens who typically identify as male and use she/her.

Remember people use labels that are comfortable for them. Some use them as a matter of safety, others choose to use them to be more comfortable with their gender expression. At the end of the day, it is a subject that is up to the person's feeling. It is all about what makes them content.

Never assume someone’s gender identity based on their romantic or sexual orientation and expression. Always share your pronouns in conversation, on social media, communication and ask the person about their preferred options.

Despite the popular belief that only butch lesbians use he/him, the terminology does not apply to a specific group of lesbians.

How To Know If You’re He/Him Lesbian?

If you like females and identify as a woman-leaning, woman, non-binary person and feel comfortable with using these terms then this label may be right for you. Nobody can tell you what to call yourself but yourself.

He/him lesbians are typically people who feel a disconnect with womanhood. If you feel uncomfortable using she/her and he/him seem like a better fit to refer to you, then go ahead and identify as a he/him lesbian. Read more information on how to best express yourself. Research the subject in order to develop better opportunities to talk about your labels with individuals.

There is some controversy associated with the term he/him lesbian. Some people claim that straight guys use the term to mock the LGBTQ+ community. That said, he/him lesbians have always been in existence. In fact, they have played an active role in history.

The misunderstanding comes from the false assertion that an individual's pronouns must reflect their sexuality. They do not have to and their experiences are valid. Some trans women choose he/him lesbian to avoid harassment.

Some trans men criticize allies and people who apply the term as fraud. They believe it is disrespectful when it comes to their identities and experiences. There are some trans men claim the terminology is invalidating to their experience. There are ongoing debates whether individuals who identify as he/him lesbian have dysphoria since they identify as females.

Some lesbians who prefer to use she/her argue the word goes back to the time and place when coming out for women was difficult. Many gay female individuals were forced to pass for males to experience less discrimination. They say it romanticizes the past experiences of lesbians who tried to avoid persecution by using male-specific language to find work, develop relationships, express themselves in a patriarchal society. 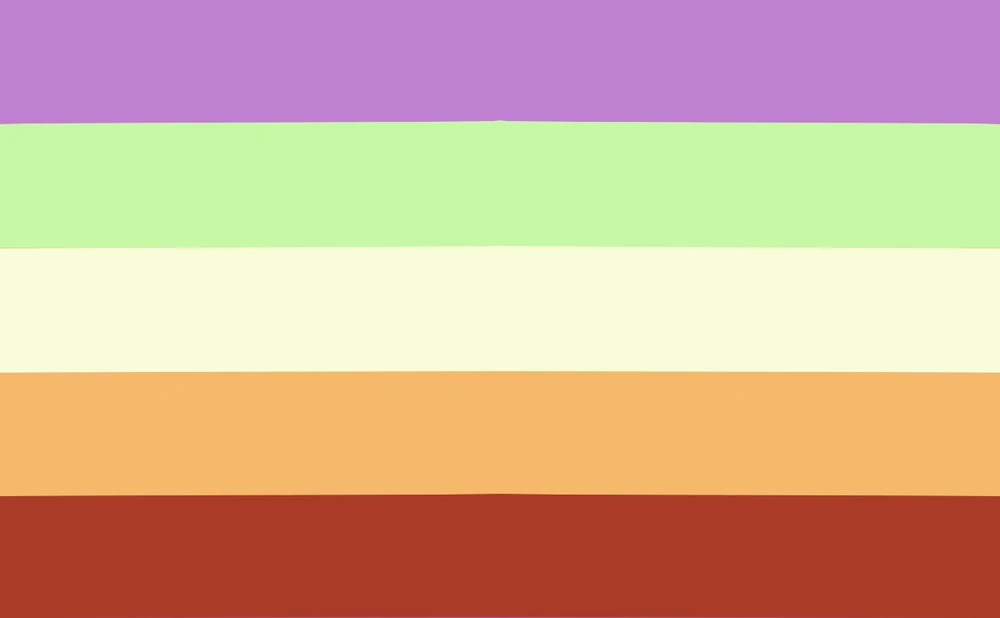 An alternative 5 stripe version of the flag 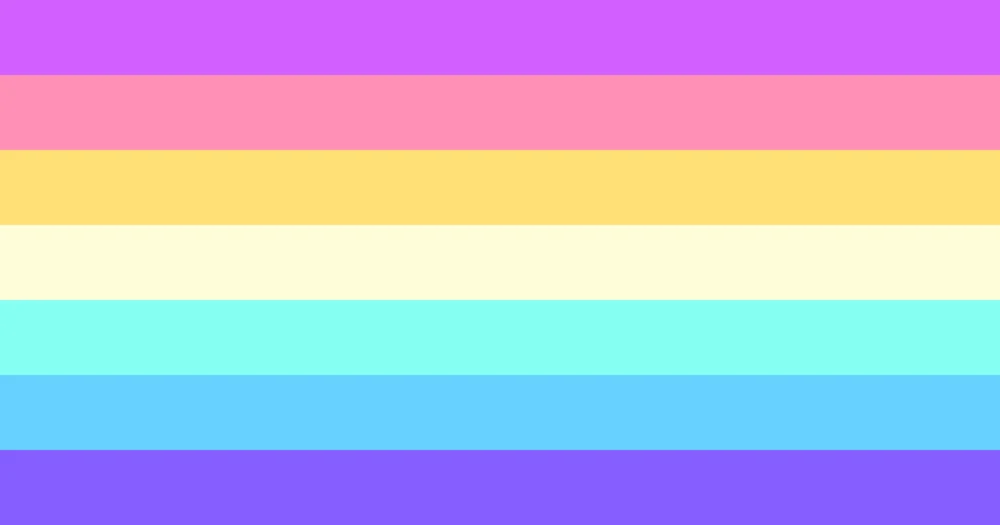 Another alternative version of the flag 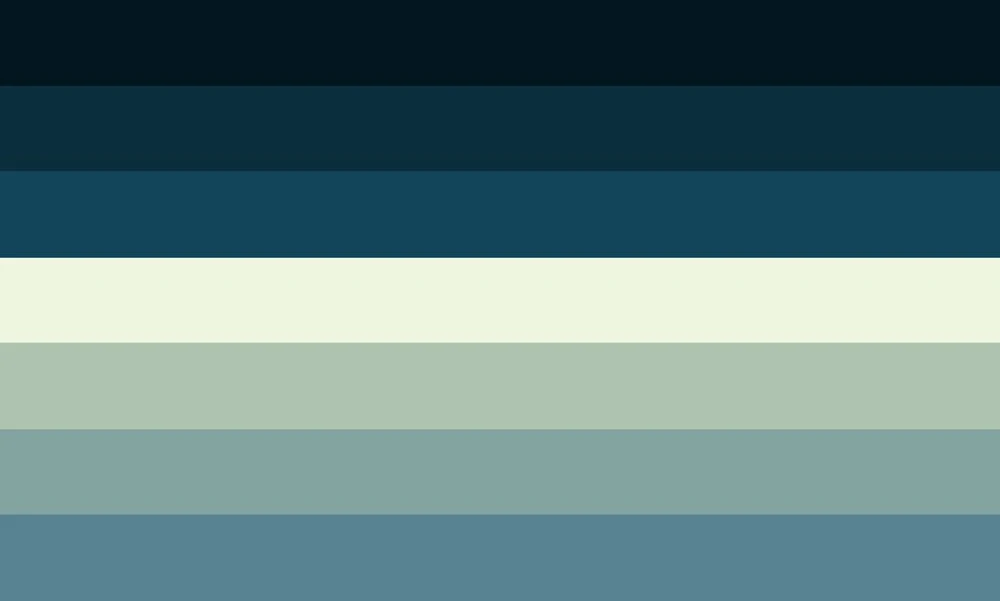 Darker colors version of the flag 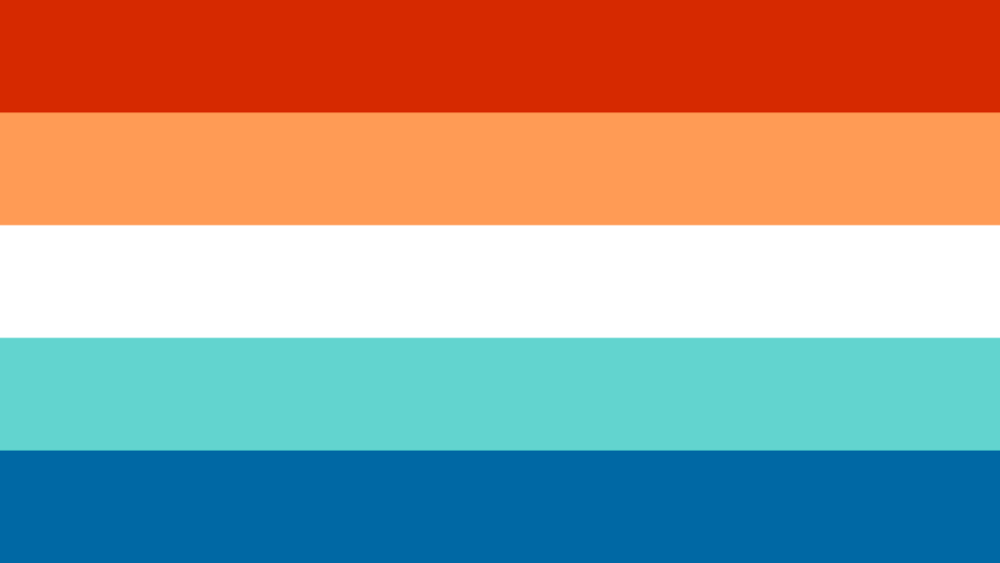 Julia Sotska
Julia Sotska is a former Senior PR Manager at Taimi. She hails from Toronto, Canada where she studied Communications and Journalism Broadcasting. Julia is an experienced journalist, TV producer, editor and communications manager. Her work has been featured in prominent publications in Canada, the United States, Australia, the United Kingdom, and more. Julia is passionate about LGBTQ+ and disability rights, mental health, wellness, and parenthood.
What do you think?
👍 Upvote - 27 😝 Taimi - 0 😍 Love - 5 😯 Surprised - 5 😢 Sad - 8
Get Taimi App for Free