Greysexual - What is it? What does it mean?

The term stems from the idea that sexuality is not black and white. Rather it focuses on the idea of a spectrum with having a gray area between asexuality and allosexuality. People who identify as greysexual most of the time are a part of the ace community.

Asexuality Visibility and Education Network says that an asexual person experiences little to no sexual attraction. The opposite of asexual is sexual which can also be referred to as allosexual. Graysexual folks fall somewhere in between asexual and allosexual. Essentially a graysexual person feeling sexual attraction rarely is somewhere around the midpoint between allosexual and asexual.

According to the Identiversity glossary of terms graysexual is an adjective that describes:

“someone who rarely experiences sexual attraction”

For gray ace people, their sexual identity is characterized by experiencing a limited sexual attraction. According to a clinical sexologist and sexuality expert Sarah Melancon:

"People who call themselves graysexual tend to feel sexual attraction rarely, at a low level of intensity, and/or only in very specific situations,"

Even though many graysexual people consider themselves a part of asexual community, but every person is different. Some may prefer to stick to the terminology and only identify themselves as gray-A.

Despite the common misconception that sexuality and libido are the same thing, some folks still find the need to provide medical advice to graysexual individuals. People who may be experiencing sexual attraction but not prioritizing sexual attraction over other factors in a relationship may identify with the term greysexual. It is important to note that being a graysexual person does not constitute having a low sex drive. Sexual attraction and libido are not necessarily linked. This does not mean that greysexuality is among health conditions that people with low libido face.

Greysexuality found its place among other sexual orientations somewhere in the early 2000s. In 2003 a member of the Asexuality Visibility and Education Network or AVEN forum suggested the term semisexuality to refer to the people experiencing sexual attraction in specific circumstances.

In 2006 another member of the AVEN forum suggested the term asexuality gray or gray-A to refer to the gray area on the spectrum.

The term gained attention in 2015. In an article for Mic magazine, sexuality educator Sari Locker stated that greysexual individuals "feel they are within the gray area between asexuality and more typical sexual interest."

Many greysexual people experiencing sexual attraction infrequently began identifying as a grey ace. In an asexual census of that same year, 15.6% of respondents identified as greysexual.

Others say their romantic orientation is greyromantic which means they experience infrequent romantic attraction. There are also demiromantic greysexual folks as well as heteroromantic meaning they are romantically attracted to different gender and homoromantic greysexual people who are romantically attracted to the same gender. So, asexual and graysexual people may have a variety of romantic orientations during their life span.

Graysexual people can and often do experience different forms of attraction. They may include:

So, a greysexual person may experience not only a romantic attraction, but also aesthetic, platonic, or emotional attraction without desiring to have sex with the object of their attraction.

It is important to note that some graysexual people may consider greysexuality their primary identity or sexual orientation. That said, many greysexual people also identify as queer, non-binary, transgender, cisgender, genderqueer, and so on. Graysexual people may use a variety of pronouns including gender specific ones like he/him or she/her as well as gender-neutral pronouns like they/them.

Always use inclusive language when addressing someone. It is important never to assume someone’s gender identity based on their gender expression or sexual orientation. Share your pronouns first and politely ask the greysexual person about the pronouns they prefer using in conversation. Some people may not use pronouns at all and ask to use their name instead.

The flag representing greysexual orientation was designed in 2013. Its colors are purple, grey, and white which are similar to the asexual flag. 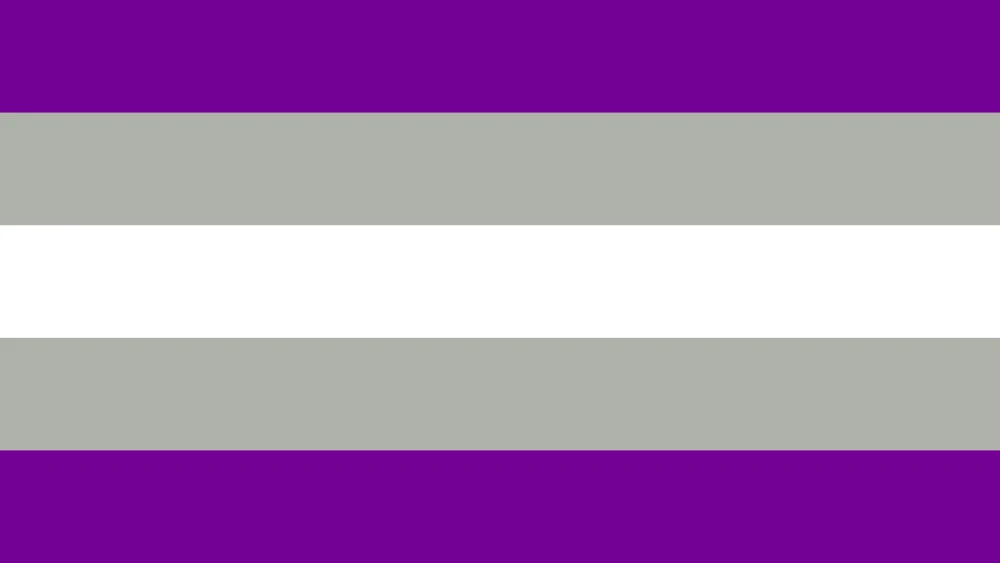 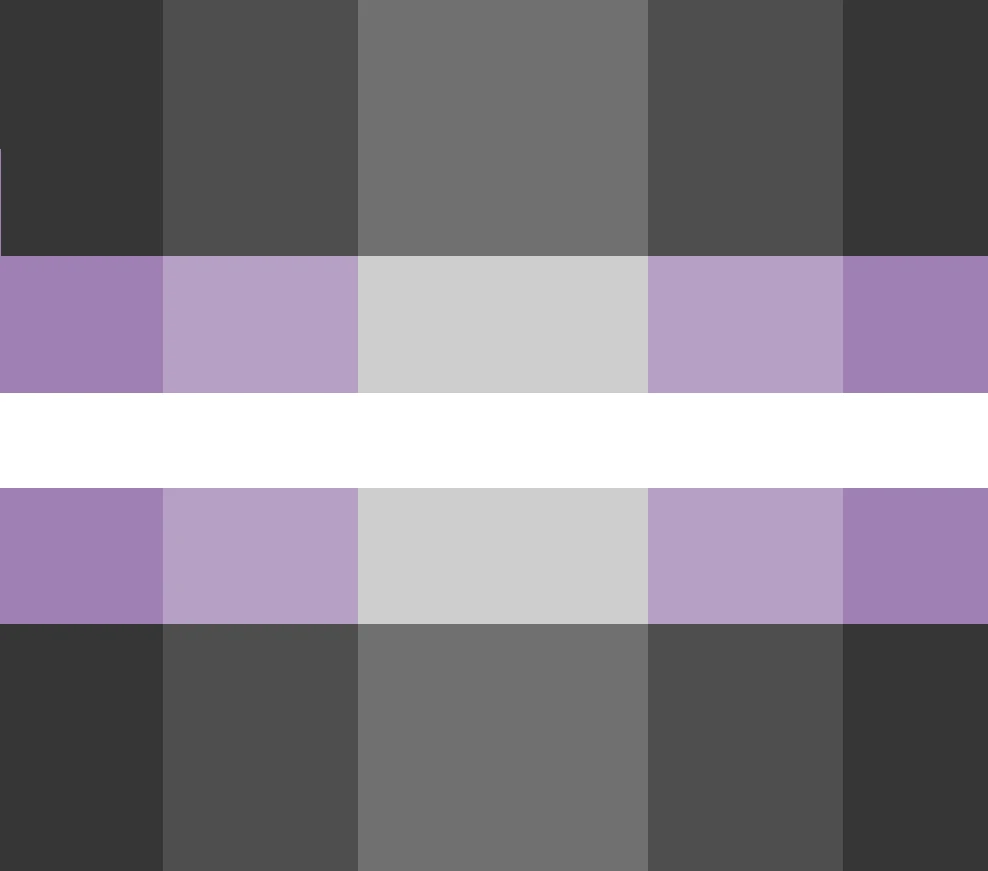 Another version of the greysexual flag featuring grey, dark and light purple as well as white color stripes appeared in the LGBTA+ Wiki discord. 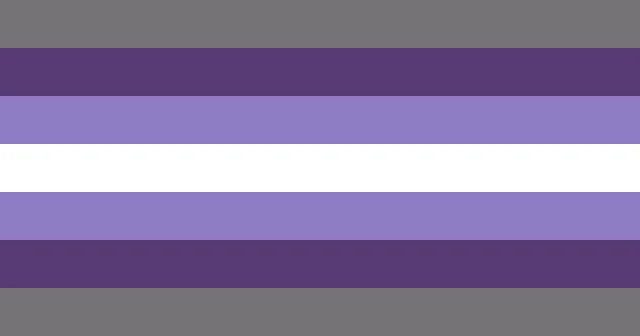 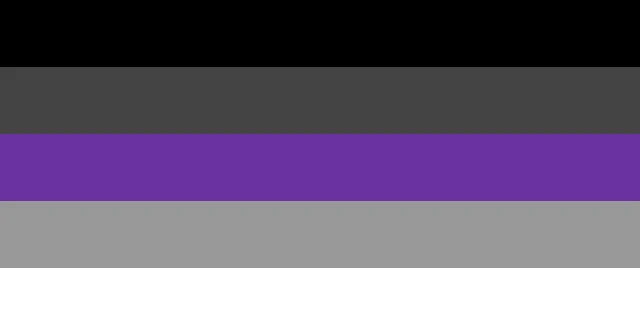 The symbol for the greysexual orientation features a circle with a line in it. It is similar to the asexual symbol which is a circle but has a line that stands for infrequent sexual attraction. 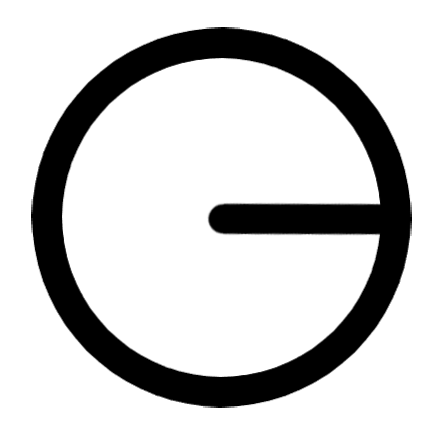 How to Know if You are Greysexual?

If you are thinking about your sexual orientation and feel that greysexual may be the best term to describe it then go for it. There truly is no quiz available to confirm your greysexuality. You are the only person that can decide whether the terminology fits you best.

If you think about a few things that are common for greysexual people, you may be able to find the answers you are looking for. Ask yourself a few questions in order to determine whether your sexuality fits under the greysexuality umbrella.

There really is no right or wrong answer here. These questions may help you identify yourself as a greysexual individual. Understanding your feelings and putting a label on your identity may help you lead a healthier and happier life.

Remember, greysexuality is different for every person. To some people, it may be more about the fact that they experience infrequent sexual attraction, to others it will be more about the low intensity of the feeling.

You may be greysexual if you:

Being greysexual does not limit you in any way in terms of attraction and even sex. Greysexual people can also be pansexual, bisexual, gay, lesbian, and so on.

If you do not prioritize sexual attraction in your choice of a romantic partner. If you feel that sex is not an important part of a relationship then greysexual may be the best label for your sexual orientation.

Greysexual individuals may desire romantic relationships, but sex is not a priority for them in a committed partnership with someone. This may be different for everyone. Sex may be an important factor for some greysexual people in relationships. Some people enjoy sex without being intensely attracted to the person.

Remember that being greysexual is not about the actual enjoyment of sexual intercourse it is about sexual attraction to another person. People have sex for many different reasons. Some of these reasons may be:

Some greysexual people just like allosexual people may be sexually attracted to others but never have sex with them, while others may not be attracted yet have a sexual relationship with the person.

Greysexual people may also experience a feeling of repulsion and aversion when it comes to sex. They may use words like sex-repulsed, sex-neutral, sex-positive to describe their feelings towards sexual activities.

You can start by educating yourself as well as others about greysexuality. The best ways to do so are probably joining a local LGBTQA+ community organization, reading more online, creating message boards and asking questions about greysexuality, connecting with greysexual people.

You can also learn more from the Asexual Visibility and Education Network or AVEN. It has a great list of resources, glossaries, support materials, and so much more.

You can show your support by doing some of the following:

An alternative version of the greysexual flag: 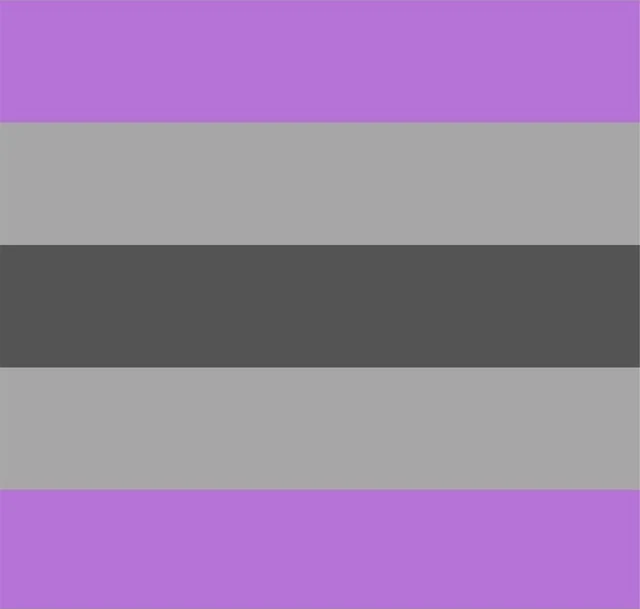 Alternative version of the greysexual flag

Another version of the greysexual flag: 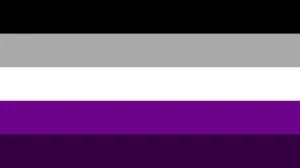 An alternative version of the greysexual flag is available online: 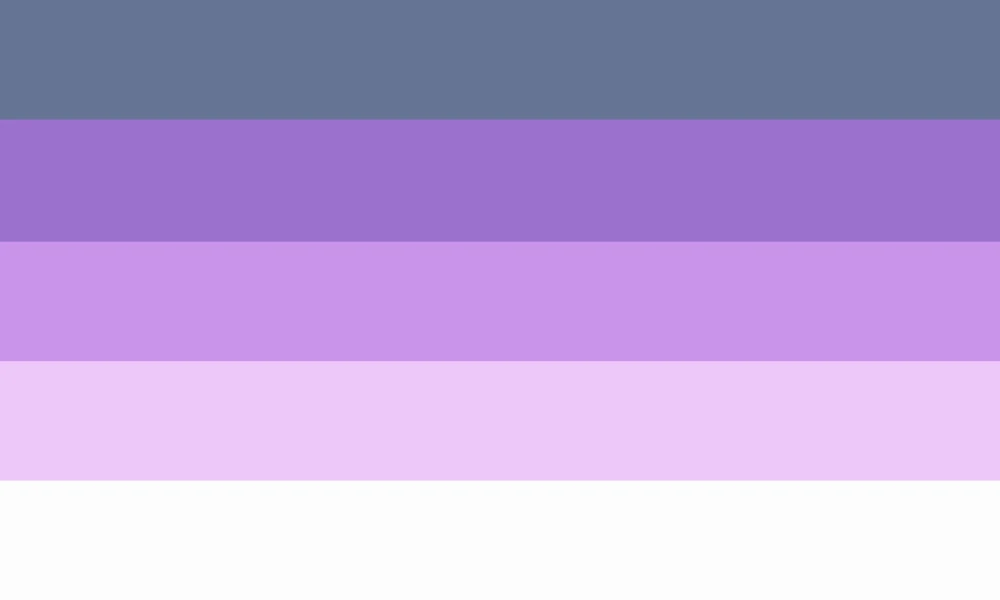 Julia Sotska
Julia Sotska is a former Senior PR Manager at Taimi. She hails from Toronto, Canada where she studied Communications and Journalism Broadcasting. Julia is an experienced journalist, TV producer, editor and communications manager. Her work has been featured in prominent publications in Canada, the United States, Australia, the United Kingdom, and more. Julia is passionate about LGBTQ+ and disability rights, mental health, wellness, and parenthood.
What do you think?
👍 Upvote - 7 😝 Taimi - 0 😍 Love - 0 😯 Surprised - 1 😢 Sad - 0
Get Taimi App for Free