Animatesexual - What is it? What does it mean?

Animesexual, animatesexual, eminafictic, or mangasexual are all designations for the sexual orientation in which individuals experience sexual and/or romantic attraction for fictional characters, such as anime characters.

Anime sexual people can experience attraction to both real people and fictional characters or feel sexually attracted to manga or anime characters only.

It's very common for anime fans to develop a crush or attraction towards a fictional character, but that doesn't make them animesexual, as most of them don't feel like this is a relevant element of their sexuality.

For an animesexual person, it's more than a crush. They usually have difficulty feeling attracted to a real person, or find themselves a lot more drawn to fictional characters than anyone in real life.

The creation of the animesexual and mangasexual terminology is attributed to Tumblr user Beyond-MOGAI-Pride-Flags, who first made reference to it on their blog. They defined this sexuality as "being sexually attracted to anime/manga characters."

Since its first appearance in 2016, the wording has recently evolved from animesexual to animatesexual as an attempt to differentiate a joke or mock sexuality from the real orientation many asexual and aromantic people have.

Even with a slightly different name, animatesexuality still references anime and manga characters, as they are basically Japan-style animation.

The very first flag for animatesexuality was presented by the same user who came up with the original designation in 2016.

In 2020, a second flag was shared by an anonymous wiki user, each color referencing specific anime genres. It was made in reaction to the controversy surrounding the original creator.

Later in the same year, an alternate, third flag emerged, also by an anonymous user. Even though it looks quite different, this new design takes inspiration from the previous two, this time including representations of different characters' gender identities in manga/anime. 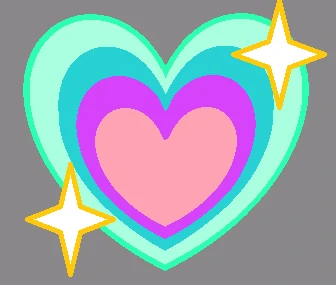 Shortly after, the last known flag was created by wiki user Cryptocrew. It continues the trend and meanings of the previous flags, representing both anime genres and the gender identities of its characters. 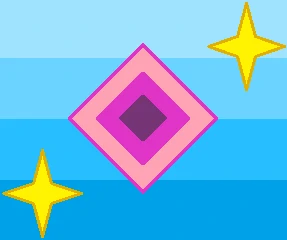 From the moment it was created, the concept of anime sexual or manga sexual struggled to be widely accepted and recognized by the LGBTQ+ community. That is why, in its short history, the designation animatesexual replaced the original wording.

The fact that anime is often associated with cartoons for children contributes to a stigma that adults who enjoy it are childish. Although there are indeed many anime shows for kids, the truth is that a lot of content is made specifically for adults.

This discredit also naturally translates into believing that feeling attracted to fictitious characters is wrong or bad, and any comments in that sense are subject to mockery and parody, even within the LGBTQ+ world.

The discussions and threads on the topic are endless, and LGBTQ+ people don't seem to agree on whether it's a valid category or not. But at the end of the day, the animatesexual label is used by many and supported by a significant portion of queer folks as well.

How do I know if I'm animatesexual?

The first step in the journey of discovering your sexual orientation is always to accept yourself for who you truly are. Whatever they are, your feelings are valid and part of your real sexuality.

It's also important to acknowledge that your sexual or romantic interests may not stay the same throughout the course of your life; you define yourself by what you're inclined towards in the present, not by how you see yourself being for the rest of your time.

Are anime characters your only source of sexual or romantic attraction, or do real individuals also personally attract you?

The point is that the answers you need can only be asked to yourself. Only you can truly learn and understand your own feelings and inclinations, which means you're the only one that can decide if this label applies to you or not.

Is it normal to feel attraction towards fictitious characters?

The answers vary, but the logical approach is to look at these characters from the perspective that they were created to appear human-like.

Some defend it's a childish phase some people can go through before they learn how to develop a sexual or romantic connection with a real individual, while others claim that it's a perfectly usual scenario for asexual and aromantic people.

Either way, the fact that so many people in the world feel this way serves as the argument that the answer is yes - it is normal to be attracted to fictitious characters.

Animesexuality in the A-spec community

As most animatesexual people have difficulty or fail to experience attraction towards real-life individuals, the term falls under the asexuality spectrum. In the same way, if the person only feels romantically attracted to fictitious characters, they are aromantic.

How can I support the animatesexual community?

As their sexual orientation still struggles to be widely accepted by the LGBTQ+ community, animatesexuals are often subject to mockery and disapproval. Thankfully, there is also a significant chunk of queer individuals who actively show them tolerance and respect.

The best way to show your support to the animatesexual community is to lead by example and create a safe space for discussion on the topic. This way, more information can be shared, more people can come forth about their sexual or romantic orientations, and more clarity can be brought on the subject.

It's still early to say whether or not the animatesexual label will ever be truly accepted among LGBTQ+ folks, but it's always best to keep an open mind and promote acceptance, especially towards those who lack the security and encouragement to speak up about how they identify.

Juliana Teixeira
Juliana is a 25-year old lawyer and translator born in Porto, Portugal. Since 2019, she's been involved with many projects related to the Taimi app, from localization and business development to customer support and external communications.
What do you think?
👍 Upvote - 0 😝 Taimi - 0 😍 Love - 1 😯 Surprised - 0 😢 Sad - 0
Download Taimi for free