Allosexual - What is it? What does it mean?

According to Urban Dictionary.com, the term allosexual

“Is used most commonly in the asexual community to refer to someone who is not asexual.”

It may also refer to those experiencing sexual attraction on a regular basis:

“Someone who is allosexual is someone who experiences sexual attraction.”

The terminology around allosexual, as well as related terms, is fairly recent, but the concept is not that new.

Sexologist Dr. Carol Queen says: “Because this is a concept that arose from the asexual community, it's a way of contrasting what many people think of as the norm with the space that ace folks occupy," Queen says. "Rather than this state of sexual interest merely being thought of as normal, the term allosexual gives it a name and depicts it as one of the different ways to relate to sexuality. It puts sexuality and the role of asexuality in a different and in many ways more equitable context this way."

Prior to creating the word allosexual to describe people who are not on the ace spectrum, several other terms were created and suggested to identify people who experience sexual attraction to others. These other words included sexual with prefixes:

That said, the majority of these terms were rejected because they either sounded too similar or had bad connotations to identify those who are sexually attracted to others. According to Sarah Melancon, Ph.D., an independent researcher studying sociology and clinical sexology the term allosexual is "a way of exploring asexuality without stigmatizing ace people simply for existing," Dr. Melancon adds. "By creating these concepts and having labels out there, it gives us a way to have a conversation."

Of course, there is some objection to the use of allosexual. The word means the same thing as non-heterosexual or gay in Canadian French, so some people prefer to use the term zedsexual instead. On the other end, there are some folks who suggest the terminology is sexist and oppressive because it sexualizes people without their consent. Despite these complaints, allosexual is frequently used by sexologists, scientists, individuals in the a-spec community.

The word appeared in the English language somewhere between 2002 and 2005. Its original meaning was simply the opposite of an asexual person. It never focused on sexual orientation or romantic attraction. The term was a way to describe those who were not on the a-sexuality spectrum. Around 2011 there was a campaign to limit the usage of terms that imply all people who are not asexual have a positive relationship with sex.

There are two variants of the flag for those who identify as allosexual available online. Both of them feature grey and black colors with a variation of white or red stripes. 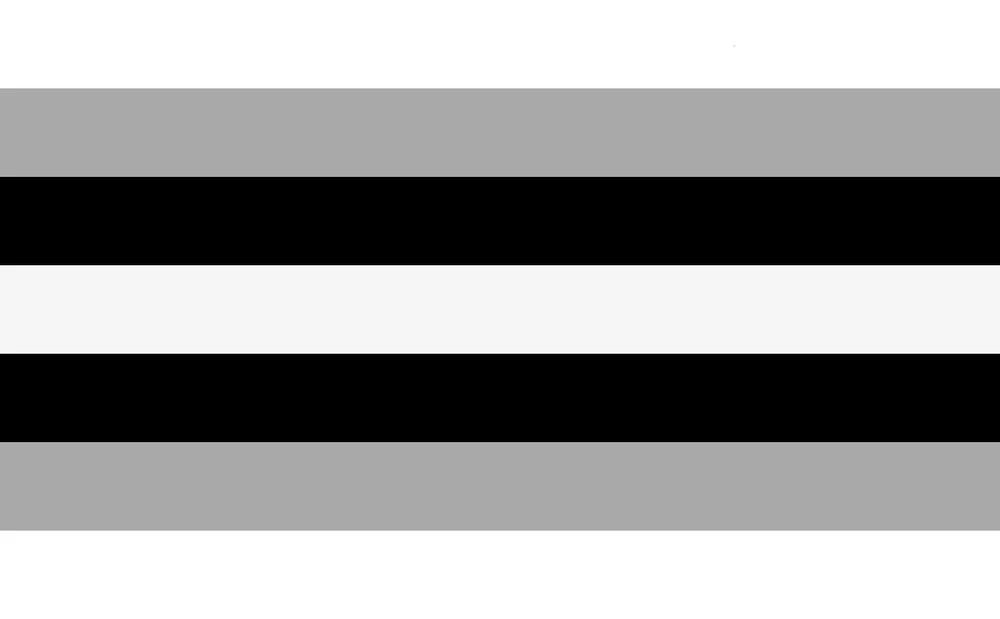 People who are allosexual can be of any gender identities, sexual identities, romantic orientations. Those who are considered allosexual can be cisgender, transgender, or non-binary individuals. They may use a variety of pronouns ranging from gender-specific like she/her, he/him to gender-neutral ones like they/them, xe/xem, ze/zir, ee/eem.

An allosexual person may prefer to use their name instead of using pronouns. Always ask other people about the preferred way to address them in conversation. For better understanding, share your pronouns in written and oral communication. Never assume someone’s pronouns based on their sexual or romantic attraction, orientation, or gender expression.

It is essentially the opposite of asexual. Allosexual people are not on the asexuality spectrum. An allosexual individual feeling sexual attraction towards others may engage in sexual activity while an asexual person experiences little to no sexual desire. Allosexuals, as well as asexuals, may experience romantic attraction. The term allosexuality implies that people experience sexual attraction and have sex. Asexual individuals may also enjoy sex or sexual activities but most often do not have a desire to be sexually involved with someone.

It is an umbrella term that does not specify the sexual orientation, sexual identity, or gender identity. Pansexuality falls under the allosexual umbrella. Pansexual people feel attraction to individuals regardless of their gender. They may be attracted to a person who is male, female, transgender, two-spirit, intersex, non-binary, fluid, agender, and so on.

The term non-asexual is an outdated word because it excludes gray asexual folks. Non-sexual implies that people always feel sexual attraction whereas graysexual individuals may feel and experience attraction that is sexual in specific circumstances or during certain times. Graysexual people experience sexual attraction if there is a strong emotional connection.

How to Know if You’re Allosexual?

You may be allosexual if you have:

That said, some people on the asexuality spectrum may enjoy and have sex. Allosexual terminology originated to counter the idea of sexual attraction as “normal” and a lack of it as being something “abnormal”. Whether the person is allosexual or not has little to do with the frequency of sexual acts, attraction, or relationships.

Some people view labels as unnecessary while others like the idea of putting a label on their identity and sexuality.

How to Support Allosexual People?

For starters using the term to label, your sexuality may help support asexual people and destigmatize asexuality as a whole. You can support allosexual people by joining your local LGBTQ+ groups and organizations, educating yourself and others on the proper use of terminology, researching more on asexuality and allosexuality, supporting people who want to use the term on a regular basis by being an ally. 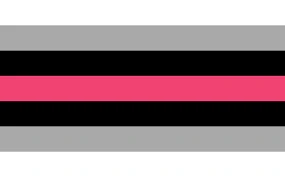 An alternate version of the allosexual flag

Queer in the world: https://queerintheworld.com/what-does-allosexual-mean/

Julia Sotska
Julia Sotska is a former Senior PR Manager at Taimi. She hails from Toronto, Canada where she studied Communications and Journalism Broadcasting. Julia is an experienced journalist, TV producer, editor and communications manager. Her work has been featured in prominent publications in Canada, the United States, Australia, the United Kingdom, and more. Julia is passionate about LGBTQ+ and disability rights, mental health, wellness, and parenthood.
What do you think?
👍 Upvote - 3 😝 Taimi - 0 😍 Love - 3 😯 Surprised - 0 😢 Sad - 0
Get Taimi App for Free