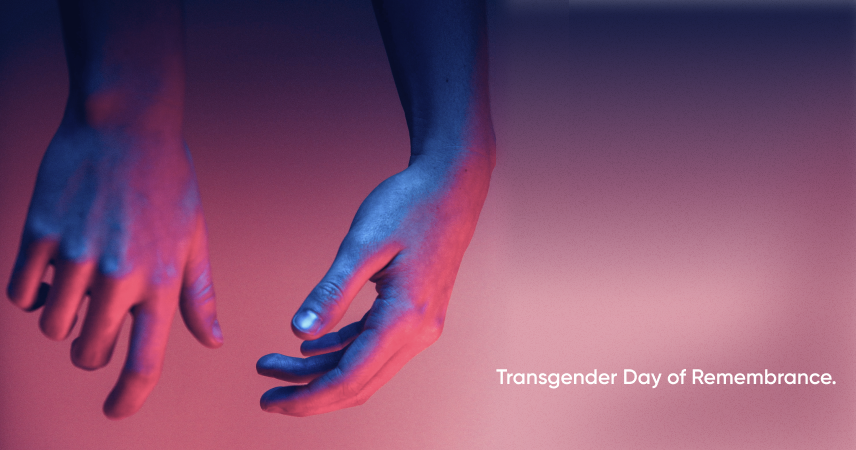 Transgender Day of Remembrance was started in 1999 by transgender Remembrance founder Gwendolyn Ann Smith. The annual observance began as a vigil commemorated for the transgender community to honor the memory of a Black transgender woman named Rita Hester who was killed the year prior in Massachusetts. To this day, Rita Hester’s death is a cold case.

The Transgender Day of Remembrance TDOR raises the vitally important public awareness of the brutal ways transgender people are treated. The goal is to prevent anti-transgender violence and hatred against transgender and gender non-conforming people.

So every year many community organizations, schools, as well as people around the globe, join the Transgender Day of Remembrance to remember all the trans lives lost, Taimi is no exception.

"The Transgender Day of Remembrance raises awareness of transphobia, hate crimes, and violence against trans people. This very important day marks the memory and mourns the lives of transgender and genderfluid people whose lives we lost due to hatred. TDOR serves as a great reminder for all cisgender people to be allies to transgender people and do their part to get rid of the hatred and violence that is deeply rooted in anti-trans rhetoric.”, says Tania Rak, Taimi PR Manager

This year is set to be the deadliest year for transgender and gender-diverse people on record. According to Transrespect versus Transphobia Worldwide (TvT) which is a comparative qualitative-quantitative research project initiated by Transgender Europe, there were 375 registered murderers between October 1, 2020, and September 30, 2021.

The numbers show an alarming trend. This year was a 7% increase from the previous year. The countries with the highest rates of violence against transgender people are:

4042 trans and gender diverse people have been murdered since January 1, 2008, because of anti-transgender violence.

It is important to note that murders of trans people in the United States have doubled in the past year. Nearly 90% of the people murdered in America were Black and Latina transgender women

These numbers are not just numbers. They are a reflection of hate, racism, misogyny in the world. The majority of the data comes from LGBTQ+ friendly countries. Places where being LGBTQ+ is safe, yet trans people continue to face prejudice, bullying, harassment, and violence despite trying to simply exist.

Transgender Day of Remembrance events are not limited to candlelight vigils. Many different activities can be a step forward in showing your support for the transgender community. Some of these events on TDOR may include some of the following:

These events are typically hosted by local LGBTQ+ organizations. Look up transgender advocates and LGBTQ+ community organizations in your area or observe Transgender Day of Remembrance on social media by using the hashtag #TDOR2021.