The Complex World of Gay Friendship

Have you found that it's easier to form romantic relationships with other gays than to form gay friendships? You're not alone. Many gay men have this struggle. That's a shame because the gay community struggles when gay guys are unable to connect in any way that doesn't involve sexual attraction. Let's explore why that is. 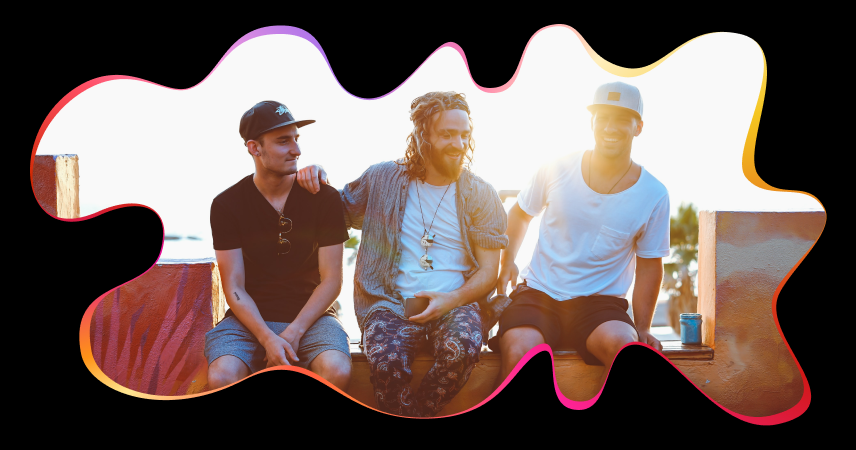 Why Are Gay Friendships Important

Friendship is important in any community. They offer a source of support, connection, and shared experiences. That's not something that is unique to any particular sexuality or identity. People who form strong friendships enjoy a higher quality of life and better mental health.

In the queer community, this need goes even deeper. So many gays experience having their feelings and relationships reduced to nothing more than sex and dating. That's a shame because every community thrives on all sorts of healthy relationships, not just sexual ones. Lack of friendship causes individuals who identify as gay or queer to suffer. It also weakens and invalidates the community as a whole.

Why do Gay Men Struggle to Make Friends?

In his book The Velvet Rage, Alan Downs writes about the shame, anger, uncertainty that often defines the gay experience. His book explores many themes including the struggles the average gay guy faces when it comes to making friends. The information in Velvet Rage along with other research and shared experiences among queer males identify several factors that make it difficult for gays to make friends, especially with other men.

Internalized Homophobia and the Gay Community

Many men are indoctrinated with the idea that being gay is bad and gross. They often grow up in social circles where their friends use the word "gay" as a slur. Anything but traditionally masculine behavior is strongly discouraged. In order to remain friends with straight men, and to prevent becoming a target many gays adapt to this behavior and mindset.

It's common for a gay guy who grows up in these circles to feel a strong sense of shame about their sexuality as well. This self-loathing can be externalized as homophobia. These men reject friendships with other gay men who they perceive as being too gay.

Many gay men experience a significant amount of trauma, rejection, and even abuse. Even those who grow up in supportive homes receive damaging messaging from peers, television shows, and other media. As a result, they suppress their feelings, don't seek help when they are struggling, and often isolate themselves. A man who is gay is at a significantly higher risk to experience suicidal ideation, depression, and anxiety. They are also more likely than other demographics to attempt or complete suicidal acts.

Whether gay or straight, anybody who has struggled with mental illness and poor self-worth knows that it can be nearly impossible to make or maintain friendships. Add in the complexities of navigating life as a gay man, and it's even more difficult.

To put it bluntly, gay men are often their own worst enemies. A gay man who doesn't fit the profile of an "A Gay" may experience rejection. So-called fats, femmes, non-whites are often bluntly rejected, not just when it comes to romance and hook ups either. Many gay men who don't fit into the mold of young, white, muscular, and straight acting struggle to make friends with other gays. Worse, they often experience similar rejection from straight men.

There are two tragedies here. The first is the gay man who struggles with additional rejection from within his own community and among straight men. The second is that so many gay men eventually face the reality that the friendships they have formed are shallow and often toxic.

Gay and straight men have something in common. Straight men are taught that all women are a potential romantic interest. They can't and shouldn't expect to make friends with them, because it will end up being complicated and messy. Queer men experience the same. They are socialized with the same ideas and struggle to relate to other gays platonically. Other gay men are for dating or a potential source for casual sex. The idea that two gay men could have a meaningful, non-sexual relationship is simply foreign to them.

Some gay men deal with this by simply nixing the idea of friendship with other men at all. Others engage in toxic behaviors such as pushing sexual boundaries and end up sabotaging potential friendships with gay men.

Fear of Being Outed

The concept of being out is a complicated one, and it can impact the ability of gay men to make friends. It's important to remember that "outness" isn't a binary thing. Some gay men are out to the entire world. Others limit that to one or two social circles. For them, gay friendship is a risky thing. They are painfully aware that having gay friends could mean that more people will identify them as being gay. So, they miss out on the benefits of having meaningful friendships with gay men.

No article on friendship and gay men would be complete if it didn't address the issue of straight girls befriending gays. This is so common that stories of these friendship duos are fodder for television shows, movies, and books.

The good? Often these pairings are genuine and supportive. The relationship between a woman and her queer best friend can create a safe place for him. Many men have first come out to a supportive, female friend. Girls who befriend guys who are gay get to experience friendships that aren't complicated with dating pressures or sex.

How to Make Gay Friends

We know that friendship benefits men in the community, and the community as a whole. So, now what. How do queer men make friends? How do they maintain those friendships? It's one thing to realize that you need to relate with other men, but how do you achieve that in a culture that makes it so difficult to make connections?

After all, everyone has a desire to make connections with those in the same or similar social groups that they happen to be in. However, in most other groups that exist such as those with a shared interest in sports or comics, it's a lot easier to publicly associate with these communities in a public setting, without fear of being mocked, ridiculed, or worse.

Our first suggestion when it comes to meeting other gay people in hopes of making friends is to use the internet. Facebook pages made specifically for the LGBT, chat and forum groups, even youtube and twitch channels. In addition to this, there are multiple social media websites, and apps specifically tailored to the LGBTQ community, as well as many other websites in which a person can remain somewhat anonymous until they feel safe. For example, gay chat groups are an excellent way to make connections with others. While this is not a replacement for human interaction this is a great first step in creating a safe network.

College is a wonderful thing. Whether you have already graduated long ago, or you have decided to return for a new degree, higher education will open up many doors for you. This includes fulfilling the desire to be a part of a group. In the past being gay was something that was expected to be swept under the rug. However, this mindset is fading blissfully away, especially in the life of a college student.

During their college years, many people can expect their lives to go in many different directions as it is a time of self-discovery and freedom. Perhaps you drop your masculinity in favor of a softer tone. You develop a multitude of friendships and even the potential love interest. Going back to school allows most people to integrate into society, develop points of their relationship with others, and feed that yearning desire for companionship.

To many, a relationship can be almost anything. It could be good or bad, interesting, or boring. Perhaps your friendship has evolved to the point that you're calling the other person your boyfriend or girlfriend? However one cannot just simply stand by idly while waiting for their perfect gay friend to show up. If everyone did this everyone would be incredibly lonely. This is why we have to say don't be picky about your friends.

Now when we say this we don't mean that you should try and be friends with everyone. After all, it's impossible for everybody to be liked by everyone else. Society as a whole has a tendency to judge people based on their looks or by what's on the surface. Take a moment to look past the surface and get to know people. Always take the time to chat with those who are also in your demographic group and even outside of it as well. Ask them about their gender or gender preferences, what hobbies they partake in, and whatever else you can. You may be surprised by how well you are able to connect with someone you had initially brushed off just because of how they looked on the surface.

Should you or shouldn't you? It's normal to be tempted and to wonder if your feelings of friendship are becoming something else. That's the moment in which you wonder if gay dating is simply the natural result of a deeper connection. Is that valid? Should friends become lovers?

Maybe, but take a moment to think carefully. That pull you feel could be nothing more than a misinterpreted sign. Are you really going to risk making things awkward? Also, if things go south, then what? Don't make your move too quickly. Society and you need friends just as much as you do sex partners.