The Best Gay Movies With Nudity You Must Watch

You might be looking for the perfect gay movies with nudity to watch with your other half or you wish to just sit back and enjoy something new and full of drama. These movies will keep you engaged and you are bound to have a fun time no matter the movie you choose to watch. 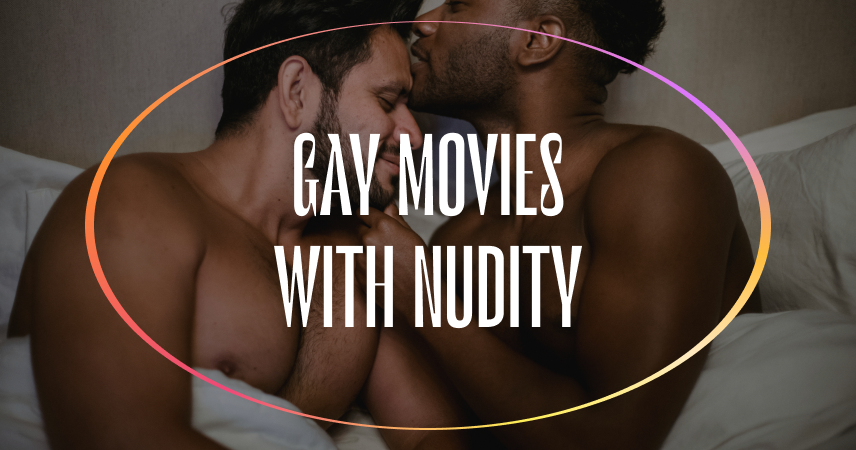 From a country side story to a big city drama, there are many movies entailing male nudity that you can pick to enjoy. If you're in the mood for watching such a movie then look no further! Here are some of the steamiest and most romantic gay movies to choose from for your next movie date.

"I Wish I Knew How To Quit You." - Brokeback Mountain

Brokeback mountain is probably one of the best-known gay romance movies of all time and while it gained mixed reviews and a fair amount of drama when it came out, it has a special place in every gay man's heart. The story takes place in 1963 when two cowboys played by Jake Gyllenhaal and Heath Ledger are hired as sheepherders on a ranch in Wyoming.

This is a great example of the struggles many gay men had to face in the past. Many had to get married to women and hide their sexual identities and who they truly loved from any friend or family member who might have judged them for this. Brokeback mountain is a movie that pressed this issue in gay men's lives with a romance you can't help but love.

This movie shows the story of 17-year-old Julio and Tenoch as they reach the end of their teenage years and the beginning of their adulthood. The two boys, ruled by their hormones and the carefree attitude that rules their young years, experience everything they do in a much more intense way.

During the summer that the movie takes place, the two best friends are on a cross-country summer vacation with a beautiful older woman. There, they start to explore the relationship they have with each other as well as with the world around them and most importantly with their sexuality.

Self-discovery as a younger boy and falling in love with your best friend is definitely great themes for any gay movie and are worth the watch. This is a great movie for anyone who is now discovering or coming to terms with their homosexuality. This movie explores their romance and exploration of sexual identity through an interesting and relatable story without necessarily a lot of male nudity.

While attending an all-boys boarding school, teenagers Tim and John met and fell in love with one another. The film follows the relationship and whirlwind romance of the two young people which has lasted for about 15 years. In that are included all the difficulties the two face during their sexual love affair.

From jealousy and drama to separations, discrimination failed relationships with a woman, and losses they have suffered over the course of their romance, this movie is emotional and showcases the true love between the two gay men. Most importantly, the intimate sex scenes between Ryan Corr and Craig Stott will definitely become a fantasy.

Starring Jake Gyllenhaal and Sedale Threatt, this satirical horror film is unusual and interesting in the best of ways. The movie is centered around certain paintings that have just been discovered by an unknown artist. A supernatural being connected to the paintings punishes anyone whose greed gets in the way of art.

The two main characters play the parts of two men in a gay romance and you get to see a few nude scenes such as the butt of Jake Gyllenhaal and a frontal nudity scene with Sedale Threatt while the two go skinny dipping.

This is definitely a movie that stands out from the crowd and it's not going to be everyone's cup of tea but you will definitely want to mention it in the gay chat with your friends. The sexual relationship between boyfriend and boyfriend though definitely makes the movie lighter to follow and the male nudity scenes are the cherry on top.

Postcards from London revolves around the story of Jim, a young boy coming from Essex who decides to move to London in order to try his luck at finding "mystery and possibility" in Soho. Moving from the countryside to the capital is certainly a big shock for a young boy but Jim was determined to achieve his dream.

His goal of evolving himself in the drama of the art world leads him to become an unsuccessful male prostitute. Through this experience though he is able to become an artist's muse. A serious injury and many other things that appear in his way make for a lot of drama in this boy's life.

This drama might not be as sexually explicit or entail as much male nudity as others, but it still features many sexy scenes of Harris Dickinson showing off his ripped body and flawless behind on many occasions. If you're looking for a hot and heavy sex scene, this might not be the first movie you should pick.

If you're a fan of Matt Damon or Jude Law, especially in their younger days, this is a movie you must watch. Taking place in the 1950s, the two main characters Tom and Dickie, find themselves in a situation where Dickie's father decides to bring his playboy son back to America and to his girlfriend.

Ripley is instructed by Dickie's father to travel to Italy and convince Dickie to return home. The movie is full of unexpected turns, drama and shocking discoveries, and the death of important male characters and you get to witness Jude Law's member in full view.

Once again, while this movie does include a lot of drama and male nudity, the sex scene is not as intense as that in other options from this list. It might be one of the oldest movies on the list as well, but it is one that truly captured the crowds and is still talked about to this day. Therefore, make sure that you don't skip watching it at some point!

This movie takes place in Yorkshire, where a young man has assumed the role of a farmer in the English countryside with his grandmother and sickly father, something that truly makes him feel miserable. In order to deal with his unhappiness, he finds himself turning to alcohol and casual sex without maintaining any stable relationship with a girlfriend or other lover over the course of his life there.

Things start to change for him though when a Romanian migrant worker helps him get started on a new path. He is able to turn from a new friend to a male love interest who will play a very important role in his life. Sometimes it really feels like such an unexpected gay dating experience might only seem to happen in films.

"You know that only thing that has made the whole thing worthwhile has been those few times that I was able to truly connect with another person." - A Single Man

This film revolves around the story of Jim, played by Nicholas Hoult, an English professor currently living in Los Angeles. After the loss of his partner, Jim is having a complicated life going back into his daily life and finding happiness. After facing the rejection of his partner's family after his tragic passing, Jim decides that he cannot continue living.

This is how he starts planning certain things before he departs, and while this happens he meets some old acquaintances from Los Angeles. These people instantly notice that something is different from the man they once knew, which is George, played by actor Colin Firth. In a twist of events, Jim starts a fling with George and one of the best male nudity strip scenes comes to life through this film.

This is a beautiful story and a road movie about loss, gay love, and how a new romance can turn someone's life around. Someone you might think of as a stranger can suddenly become family and turn your life around. Besides, seeing Colin Firth naked makes the romance and gay sex scenes between the two all that much more enjoyable.

This drama revolves around the story of Thomas, a young baker who lives and works in Germany, and Oren, his lover who is actually a closeted gay man married to a woman. Oren frequently visits Berlin where Thomas resides but in a tragic twist of events, Oren dies in a car crash in Israel.

Hurt and confused, Thomas decides to go undercover in Oren's home country of Israel and get some answers. There he manages to find his way into Oren's life and a group of family, and he even gets hired as a baker making German sweets and cakes by his wife, Anat, who owns a small cafe.

This gay romance is a story that doesn't include a lot of nudity or gay sex but is one you are bound to enjoy. The themes of death as well as the love between the two male protagonists that causes Thomas to travel to Oren's home country surely make this drama so much more real and relatable.

Picking the Perfect Movie for a Night In

When it comes to drama movies with male nudity, there are many different options to choose from which can tend to everyone's needs. Depending on your favorite actors, you will come to find that many have starred in long or short films which include male nudity.

So, whether you are looking for films with hot explicit sex scenes or romantic ones with less nudity and more drama, this list has you covered with the best gay movie options you can think of. Pour yourself a glass of your favorite drink, choose a movie from the list, and enjoy watching an intimate gay movie whether you're a single man or not.