Taimi: Opportunities And Benefits For Advertisers

As the turbulent 2020 comes to a close, there is no question about the importance of corporate social responsibility, especially when it comes to attracting the millennial and generation Z consumers. 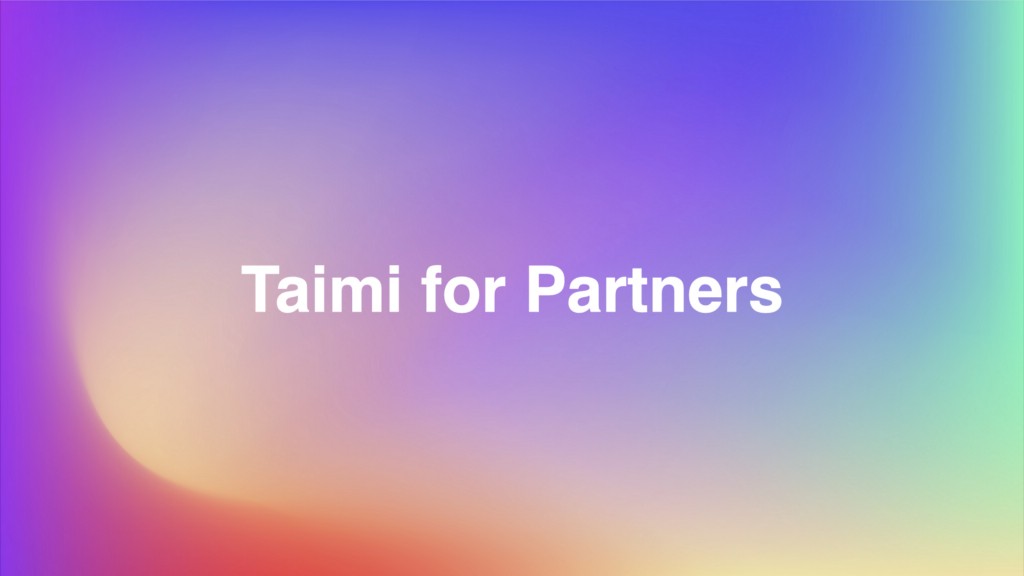 Despite 2020 being a difficult year, we saw LGBTQ+ people break a lot of barriers in politics, business, entertainment, and more industries. So, it’s no wonder that LGBTQ+ consumers prefer brands that are not only seeking to be aligned with their cause but also have a strong stance on equality and diversity.

If you want your company to establish a real connection with LGBTQ+ people, it’s important to do it in an organic way. That’s why Taimi, a social network and a dating app for LGBTQ+ people, is the best place for it.

Taimi is the world’s largest LGBTQ+ platform. In 2020, it has reached a 9 million user milestone, with 85% of them between 18 and 34 years old. Taimi users are of different backgrounds, gender identities, sexualities, races, nationalities, and worldviews. However, there’s one thing that unites them — they all want to live in a world that’s free of prejudice and discrimination. Taimi has already created this space online and strives to make it happen in real life.

Here is why Taimi is the best place to reach the LGBTQ+ audience:

Taimi is one of the fastest-growing social apps on the market. In the last year alone, more than 5,5 million people have joined the platform. Besides, Taimi is a combination of a social network and a dating app making it a one-stop solution for all the social needs of its users.

Unlike most dating apps, Taimi doesn’t end with swiping and chatting. It’s a social network that lets people connect in special interest groups and encourages them to express themselves. You can meet a like-minded person, chat with them, and hop on a video call without leaving the app. As a result, an average user spends at least 120 minutes on Taimi every week.

Not only can Taimi allow your brand to engage with a diverse audience, it can also help you do it in a way that works best for it. We offer several native advertising formats — a sponsored post-banner, sponsored stories, and a medium banner. The ads will blend in with the updates from the user’s community allowing a smoother native advertisement for the brand. Stories are also a great way to grab the audience’s attention, while banners are perfect for more complex and visually appealing content.

Other ways to advertise your brand on Taimi include sponsored inbox messages and push notifications. Each user will get a notification that will explicitly inform them about your brand, and your promotion will land directly in their inbox. Of course, it’s up to you who will see the advertisement. On Taimi, you can choose your audience based on their location, demographics, or device type. With a wide range of advertising formats and targeting strategies, we are confident that you will find an optimal combination for your brand.

Taimi is always on the lookout for issues and events that are important to the LGBTQ+ community. Pride month has always been and perhaps, will always be the host to the biggest LGBTQ+ parties and marches throughout the world. It’s important to understand that it’s not all about the fun, in many places Pride continues to be about fighting for human rights, speaking out against injustice, and demanding equality. That’s why Taimi is an official partner of several global Pride events. The LGBTQ+ platform is also determined to educate its users and directly inform them about scheduled Pride events in their countries and cities.

Here at Taimi, we firmly believe that inclusivity, equality, and diversity should be the pillars of our society. To make our vision come true, we need strong, like-minded partners. Working with Taimi is your chance to take a stand for human rights and support Taimi’s values. In exchange, we will help you start a direct conversation with LGBTQ+ audience, acquire millions of young, loyal users, and ensure your brand gets the recognition it deserves. If your company stands for equality and is ready to fight for a better world — don’t fight alone! Join Taimi!

If you would like to get more information about Taimi and its advertising opportunities, please contact Diana Ly, Taimi’s Global Partnerships Manager, at [email protected].

Taimi: Opportunities and Benefits for Advertisers was originally published in Taimi Lifestyle & Community on Medium, where people are continuing the conversation by highlighting and responding to this story.