LGBTQ Artists And Their Contributions To The LGBTQ Art World

LGBTQ art has been around since people started creating art pieces. As more and more artists become open about their sexualities, we are able to see people of our generation as well as people from the past who have been members of the community and contributed through the creation of amazing art pieces. 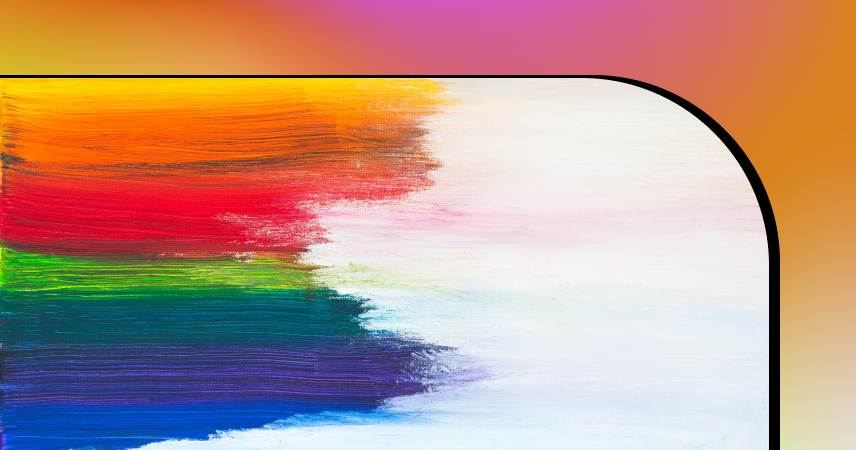 Art can help people express who they are and share their unique skills with the world. LGBTQ representation through art comes in all shapes and forms and can play a very important role in the lives of other LGBTQ individuals. Here are some popular LGBTQ artists you should definitely know of.

Andy Warhol was a leading figure of Pop Art, a form of a visual art movement that rose to fame through his creations and his ability to blur the lines between art and advertising. Andy was a gay icon who openly represented his personal place among queer artists with pride, even though homosexuality was heavily suppressed in the US at his time.

You can see his artistic expression through his 1950s Boy Boy drawings collection and prints where he presented the sensuous male form in his famous pop art style with a great deal of intimacy. Along with these, he also created his own self-portraits in drag in the 1980s.

Kehinde Wiley is one of the most important LGBTQ contemporary artists of our time as he made history by being the first black, gay artist to paint a US president's official portrait. Most importantly, he painted the portrait of Barack Obama.

This canvas was such an important addition to the presidents' section of the Smithsonian National Portrait Gallery collection. Kehinde Wiley has been very outspoken about his fluidity in the past and he expresses himself through the grand male portraits he creates.

Apart from the incredible artistic talent she possessed, Frida Kahlo was also a very big icon as an LGBTQ artist. She was known for having embraced both her masculine and feminine sides and breaking gender stereotypes in her time.

Her relationship with singer Chavela Vargas started becoming more popular after Frida's passing, and was a very beautiful one, according to the late singer. This is what actually verified Frida's place as a queer artist.

Gerda Wegener and her wife Lili Elbe had to be mentioned together, as they truly were a power couple when it comes to LGBTQ artists. The two challenged and defined topics such as gender and sexual identity in a time when homophobia was truly prevalent.

Lili Elbe was the first trans woman to undergo experimental gender confirmation surgery in the early twenties. Lili Elbe was once known as Einar Wegener, Gerda's husband and a Danish painter, who was asked to model for her after a female model failed to appear. This is how Lili came to be as a trans woman.

Christina Quarles is a mixed-race, queer, cis woman living in Los Angeles. Her paintings started to gain popularity in 2017, through the New Museum's "Trigger: Gender as a Tool and a Weapon" group show.

Her art is deeply rooted in her struggles with her racial identity as well as gender expression. She is known for experimenting with the ways race, gender, and sexuality appear for each individual and how they express themselves on every different body.

Her art includes a lot of her vibrant colors and patterns as a subject in her lyrical paintings made up of intersecting bodies and limbs. She is truly an icon for lesbians and other members of the community. The sky is the limit to what her art can evolve into in the future.

Through their art, they show very personal stories of black lesbian, gay, transgender, and intersex local individuals, many of whom have been victims of homophobic violence and erasure from their communities.

Simeon Solomon was a gay painter from a prominent Jewish family, who was known for creating subtle and beautiful same-sex depictions through his art. At his time in Victorian England, homosexuality was a crime, and Simeon was arrested after being discovered with another man.

His work as a part of the Aesthetic movement of the time didn't start becoming known until after his arrest for sodomy in 1973. Following that, he became a very prominent LGBTQ icon who is still celebrated to this day.

Rober Rauschenberg was a gay artist who was heavily inspired by the work of Henri Matisse and Pablo Picasso. He was an American graphic artist whose earlier work started drawing attention as it was connected with the Pop Art movement.

While he was married to a woman and fellow artist named Susan Weil, with whom he had a son, he later divorced her as he realized his own sexuality.

He collaborated with a lot of other popular artists during his career and his fine art style incorporated everyday objects as materials to his art which created a very interesting style between painting and sculpting which was unique to him.

The British painter is well known within the LGBTW art community as a talented soul, creating beautiful male nudes art. These were a big focus of his work along with seascapes and maritime work.

Henry Scott Tuke was among the queer artists who used his art to communicate with other gays in his era. They paved the way through history for the liberation movement and a change in direction when it comes to how Victorian homosexuality and desire were depicted.

Gluck was born as Hannah Gluckstein, a Jewish woman in 1895 England. Gluck was known for her androgyny, her love for women, and her interest in challenging societal norms through her appearance.

Gluck never chased fame. She loved to create pictures of flowers and portraits. She frequently painted portraits of other women, such as Romaine Brooks, a fellow American painter.

Beauford Delaney was an African-American modernist painter, whose work revolved around abstract impressionism, portraits in pastel shades, and representational landscapes and streetscapes of the Harlem Renaissance.

As his life progressed, Beauford struggled greatly with his sexuality as well as his declining finances. Living as a gay, black man in a racist and homophobic society were factors that made his living situation very difficult.

Laura Aguilar was an American photographer who was known for her series of photographs and portraits of communities she was a part of. Her photographs were known to be in black and white and she was also very frequently a feature subject in her own photographs.

As a large-bodied, working-class, queer Chicana woman, she wanted to use her art and her body as a means to express issues like mental health, equity, racial identity, and sexuality. Her work is still being shown in museums such as the Leslie Lohman Museum in New York and all over the world.

Paul Cadmus was an American painter known for his nude or semi-nude male portraits and satirical scenes of American life. After working as a commercial artist in Manhattan for some years, he quit his job and moved to Europe with his lover, fellow artist Jared French for two years.

His inclusion of gay men in his paintings was a contributing factor in the appearance of homosexuality in American art, which was still very heavily oppressed at his time.

Paul Cadmus was one of the first gay artists who dealt with censorship after his piece The Fleet's In! was forcibly removed by the US Navy from an exhibition at The Corcoran Gallery of Art.

The contemporary African-American artist is well-known for her beautiful and complex artwork which draws inspiration from Western art, pop art as well as visual culture.

These pieces fit complete the puzzle which shows a picture of African-American gay and lesbian individuals and their representation of femininity, gender, and sexual identity.

Mickalene Thomas is a lesbian artist of our time who is not afraid to use materials such as rhinestones, colorful acrylic paints, and other materials in her paintings. These accessories give a whole new sign to her artwork and truly make her message the main feature.

Donald Moffett is an American painter and activist who loves to experiment with pushing the traditional two-dimensional frame of his art through non-traditional techniques. He is also known for incorporating video projections onto his canvas.

His work revolves around poetic, and provocative themes around nature, political issues, and history. He is known to be a member of Gran Fury, an AIDS activist artist collective from New York City which aimed to bring awareness through their direct action on the AIDS epidemic in the 80s.

Tamara de Lempicka was born in Poland to a wealthy family in 1989. She is known for her art deco painting and her glamorous life among other socialites. After escaping to Paris with her husband in 1918, she began pursuing painting professionally.

There, she became known not only for her art but also for her scandalous sexual appetite and spirit which led her to form numerous affairs with men and women. She was then invited into a circle of notable bisexual women before moving to America with her second husband to avoid WWII.

Clare Atwood was a British painter of portraits, landscapes, interiors, and still life. She got the nickname Tony from her close friends, and she lived in a polyamorous relationship with two other women as an openly lesbian woman at her time, something rather scandalous.

David Hockney is one of the most celebrated LGBTQ artists of our time who is still active today. He is known for his playful depictions of queer domestic lives with his work being in galleries and museums all over the globe.

Through the course of all the decades of his work, David Hockney has a way of never slowing down and continues to present his fans with more and more fun and unique pieces every year.

Mandy McCartin is a British painter and musician based in London. She identifies as a "proud butch lesbian" and a DJ with a soft spot for classic soul music. Her paintings feature inner-city settings and she often toys with different media such as spray-can graffiti.

She, herself, describes her work as paintings of "real people living on the edges of society, emotional moments in the struggle to survive".

After contracting the AIDS virus, he used it as a sign to devote his life, until the moment of his death, to working with organizations that were active towards AIDS prevention and kept fighting against silence and ignorance, making sure other young people knew about the seriousness of this illness.

“Progress, real progress, makes me cry harder than anything. When the world itself grows.”
~Kate McKinnon, actress, comedian, and writer

Isaac Julien's 1989 "Looking for Langston", was a documentary film that rightfully gave him his spot amongst UK's foremost filmmakers.

The film explores the depths of gay identities by mixing a collection of real-life documentary footage with new scripted scenes, giving it a sense of old and new aesthetics.

Representing LGBTQ Art through the Years

There are so many amazing artists that have impacted the world of LBGTQ art. Some might have lived and passed and others might just be rising to their fame, but all play a very important role.

They have been amazing role models that continue to motivate and inspire more LGBTQ allies and members of the community to create beautiful pieces which will pave the way for a better future.