"Dating Unlocked” Premiers on Valentine’s Day in Association With Taimi

The new and exciting reality series “Dating Unlocked” aims to help contestants reveal all the parts of their lives that otherwise may stay hidden. The show debuts just in time for the most romantic day of the year. Why are we telling you about it? Because Taimi is an exclusive partner and a proud supporter of the show this year.

The new and exciting reality series follows LGBTQ+ daters as they compete for their chance of true love. 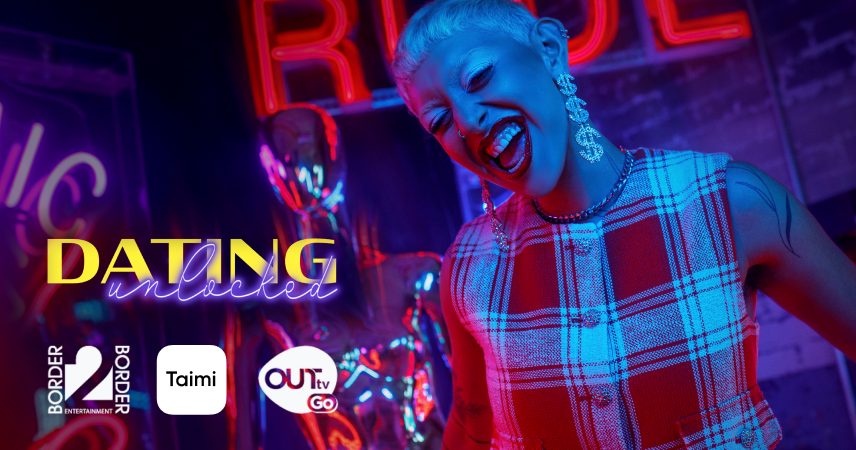 Regardless if you’re a hopeless romantic or not, the show is guaranteed to keep you guessing throughout the season. “Dating Unlocked” features exciting plot turns where LGBTQ+ daters move beyond the social media and dating profiles to find the relationship of their dreams in real life. Whether it is seeking the right person for life or for a night - that is up to them to decide, and the viewers are there for the ride!

Let’s dive in a bit into the premise of the show, without giving too much away, of course. “Dating Unlocked” is the brainchild of Charlie David and Patrick Ware. It is directed by Sam Coyle and hosted by Yaz Harris.

The show’s creator Charlie David says: “Dating Unlocked is a reality series featuring LGBTQ people, who despite the evergreen popularity of the dating format, are often excluded from or tokenized in the storytelling, reinforcing old ideas that queer people are not deserving of love or relationships – traditional or otherwise.”

In each episode, the lead dater selects someone they’d like to continue seeing – by choosing between three potential dates. To help these love seekers spark a connection with the lead dater, each episode involves games, activities, and intimate moments specifically tailored to showcase their personalities and interests.The lead dater then weighs their options and extends an invitation for a second date. Now, the rest is up to the invitee - will they show up or leave the lead dater hanging?!

The first episode of “Dating Unlocked” premiered on February 11 on OUTtv. In case you’ve missed it, you can catch it on Vimeo

For the longest time Valentine’s Day subjected LGBTQ+ people to heteronomative imagery of love. Charlie David hopes to change that with the release of “Dating Unlocked”:

“We want to make sure Valentine’s Day and the whole month of February is a time for LGBTQ lovers too and Dating Unlocked shows that love, dating and relationships are for everyone in society – including those that don’t fall into the majority. We have an incredible cast and crew working on this show and our goal is to engage the hearts and minds of our audience by amplifying the stories of those who have previously felt unseen or alone. Dating Unlocked is our big gay Valentine to the world.”