Breakup Sex - Good or Bad for You?

You and your partner have broken up. It might have been mutual, or one of you has instigated it, for whatever reason. Why do couples part? They find that they are not really compatible outside of the bedroom; one or both have found someone else; they may have both drifted apart, and the spark is just gone, so they want to look somewhere else. 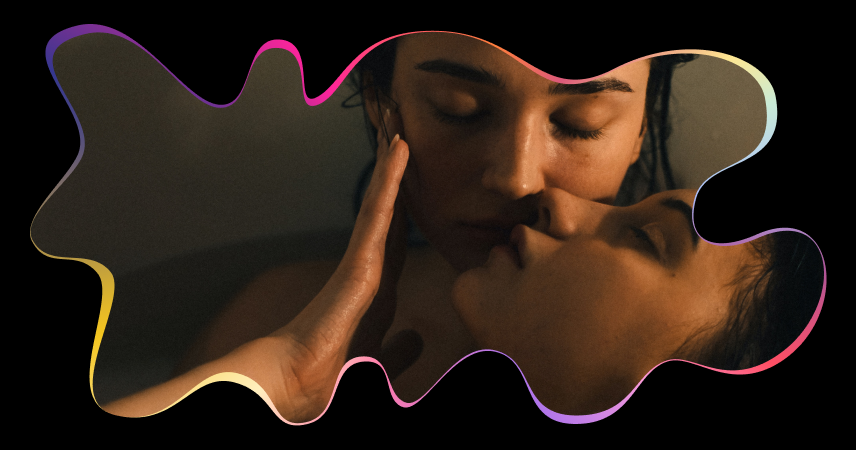 The breakup may be simple or complicated. For example, if a couple is legally married, the breakup can be a bit complex and lengthier because divorce proceedings are involved. If there is no other legal partnership, the breakup can be simple. If they are living together, then one looks for another place to live, packs up, and moves out.

Most might think that a breakup, whether a divorce, a civil union, or a simple split just ends it, even if they remain friends.

Not so fast. There is this thing called "breakup sex." Yes, it's a real thing, and it actually has a clear definition - sex that happens between couples who have broken up within two weeks of that breakup. It is not regular sexual contact, but instead one or two encounters that are temporary. And this breakup sex is not to be confused with "sex with an ex" that may occur months or more after the breakup. Breakup sex occurs while the partnership is freshly ended when there are probably still unresolved feelings. And it's a real thing. The question becomes why couples engage in breakup sex and what are the benefits and drawbacks of the activity.

Just Why Do Couples Have Breakup Sex?

While there are not a lot of research studies on having breakup sex with an ex within two weeks of the break, there are a couple. One explored how cou9ples felt after the sex. A second study focused more on the reasons for breakup sex, and this study provides greater insight.

The first study reported that many couples still had the same or even increased unresolved feelings as they had before the breakup sex. Others reported that they were able to end the relationship on a better note because their sexual activity had been one positive thing in the relationship.

The second study spoke to the reasons why couples engage in breakup sex. This research suggests that there are three major reasons are as follows:

There is a part of human nature that exists in all of us. We seek pleasure and avoid pain. And so, we do those things that make us feel good. And let's face it - sex is one of those things.

So, there is pleasure in the sex itself. But there is a different type of gratification too. We all want the sense of feeling good about ourselves. If we are able to still get sexual desire and excitement from an ex, we get a real ego boost. Men tended to list this as a reason more than women.

This is also known as ambivalence. Couples who have been together for a while have had strong feelings for one another. When they split, one or both may also develop some negative emotions - anger, disappointment, hurt, etc. And amidst all of these, sex may provide a certain emotional release, at least in the short term. Any person using breakup sex as such a release must realize that it is no solution to the angry and hurt feelings they have - those will return.

One partner may be clinging to the hope that the relationship can be salvaged and that one more romp in bed could bring this about. The term used for this is relationship maintenance. While this may happen after a longer period of separation, it is unlikely to happen within two weeks of the split, especially if one partner has already been out there and enjoying the newly single life. Women engage in the goal of relationship maintenance more than men, according to the research.

And a Fourth Reason

One of the things that the research has not really addressed is the fact that sex was one thing that both really enjoyed in their relationship - perhaps the only thing, actually. And they may not be ready to get out there and have sex with strangers right away. And yet they are horny. If they both can intellectually rationalize it, the concept of "friends with benefits" may be a workable solution in the near term. They can both satisfy their urges and have the best sex ever without any emotional entanglement. While this is not too common, it does happen. For these couples the sex just feels good right now, so why not? A word of caution here. If you are unable to divorce your emotional attachment, you should steer clear of this type of relationship.

Most researchers seem to see breakup sex as emotionally unhealthy. In an article for Psychology Today, Claire Jack, Ph.D. summarizes these drawbacks:

It Gives One Partner False Hope

If the split has caused hurt and pain for one partner, they may agree to have breakup sex, thinking that somehow it will trigger a reconciliation, even though the other partner is out for just the physical needs of the moment. This is neither fair nor healthy for the hurting partner. It just prolongs the acceptance of the breakup.

It Stops People from Moving Forward

Particularly after a lengthy partnership, one or both of them may be feeling somewhat "lost," trying to figure out how to get out there, enjoy a single life again, and make new connections. It may take some time. But if they continue to engage in breakup sex, that becomes a comfortable and secure place to be. The problem is it simply stalls the inevitable and the healing process. A relationship is far more than just sex, but, in this situation, that's all each partner is getting.

Hormones are Mistaken for Love

During sex, those "feel good" hormones are raging. And those hormones can cause a sense of love. This can cause one or both to be left wondering if there is still love there and should they decide to try to salvage things. Ultimately, in the "cold light of day," they will realize that what they had was a lustful moment and ambivalent reasons for getting together for that romp in bed. Breakup sex can occur for different reasons, but one thing is for certain. Both partners must not let their bodies control their minds - this condition is only temporary. One of the partners comes down to reality while the other can be stuck on relationship maintenance, thinking that the love is coming back. Women engage in this thinking and hope more than men, according to researchers.

Is Breakup Sex Ever Healthy?

There are some psychosexual therapists who do believe that it can be, for a few reasons. Two therapists, Kate Moyle, and John Moore were interviewed for an article in Elite Daily about the potential benefits of breakup sex. Here is what they had to say:

It Can Release Inhibitions

According to Moyle, if a couple has broken up and then ends up back in bed, there are no longer the inhibitions or the fear of performing that may have existed during the past experiences of the relationship. Partners can be bolder with their moves, experimenting with new positions and activities that they may not have done before. It can actually cause them to have a heightened state of sexual pleasure that can transfer over to new relationships in the future.

It Can Help Bring Better Closure

According to Dr. Moore, breakups are a long-drawn-out process that occurs over a period of time. “Most people think relational collapses are an immediate event when in fact, they aren’t. Instead, breaking up is part of an ongoing process.”  Moore explains further that having sex one last time can actually help to end the breakup in a better way. For example, the breakup has occurred after a lengthy period of arguing, perhaps cheating, or any number of negative situations and experiences. But the sex was always great. Having that breakup sex makes the last experience with each other a good one and can help to end the relationship on a more positive note.

Circumstances That Call for Breakup Sex with an Ex

Relationships are complicated. And there are times when, despite the best sex in the world, both people feel that it isn't working. But they want to end it all on a happy note. What could be happier than one final great romp between the sheets? Here are some of those circumstances:

Both Realize It's Going Nowhere

It happens. Each person is mature and ready to admit that what they thought would be a good match in the first place just isn't. And so, without any anger, pain, regret, or negative emotions, they agree to end it on a happy note with one last fun and glorious night in bed.

The Love Has Faded

This just happens to many couples. Over time, the romance slowly dies out, and they are just going through the motions of being a couple. Neither has done anything wrong - they just aren't in love. The one thing they both have enjoyed is their sexual lives. Breakup sex just seems a natural thing as they say their final goodbyes.

Phil is in law school and a serious student. Steve is in bartending school and a late-night partier, looking for fun times 4-5 nights a week. Living together has become tough for both. Lifestyles are just too different, and arguments with lots of emotions are frequent. Better to just end it. But that doesn't mean that one last night of physical bliss with the ex can't happen. The point is that sexual desire was always there, so focus on that as you do the right thing and break up.

Breakup Sex Must be a Personal Choice

Each person knows themselves and what will make their breaking up go better. Sometimes, breakup sex puts the final period on that relationship sentence. For others, though, the motivation for the breakup sex may be rekindling a relationship that is dead, at least in the eyes of the other partner. If you still have a strong attachment to an ex who does not share that, don't let that person pressure you into breakup sex. You have decided that ending it has to happen, but end it on your terms, not theirs.