There are gay men, lesbian women, and bisexuals of both genders. But the entertainment industry doesn't represent the right proportions of these three gender identities. Why? Because while there is a rapid reduction in the stigma surrounding gay and lesbian celebrities, the same cannot be said for bisexuals.

This stigma is surrounded by many myths - so many, that lots of celebrities who come out as gay or lesbian are actually bi but will not publicly identify as such.

Just What Are These Myths?

More than half of the LGBTQ+ community identifies as bisexual. And yet they can be almost "invisible" within this community and certainly, there are plenty of myths and misconceptions about them in the larger society. Here are the most common of those myths:

There's No Such thing as Bi People

This is called bi-erasure. Basically, people both within and out of the LGBTQ community insist that there is no such thing. For example, two women are in a monogamous romantic relationship. One of them identifies as bisexual. Her identity is denied by others because, after all, she is in this partnership - she has a same-sex identity, no matter what she says. Bi-erasure diminishes bisexuals, placing them in a no-man's land.

Bisexuality is Just a Phase

This is another example of bi-erasure. When young people attempt to identify as bisexual, their older relatives insist that it is just a phase that may be "popular" or "cool" with youth culture, but that is only a phase that they will ultimately end. they cannot possibly have romantic partnerships with both sexes.

It's Just an Excuse to Be Promiscuous and to Cheat

Bi people are no more promiscuous than anyone else. In fact, many have sexual and romantic partnerships with a single partner and never act upon their bisexuality at all.

Bisexuals Have an Easier Time Coming Out

Totally false. Here's what the research says: Only 28% of bisexuals have come out to family and friends compared to 77% and 71% of gays and lesbians in that order.

So, on the screen, it is rare that writers for either big or small screens will actually write a bisexual role into their works.

But there are some exceptions - well-rounded and fully developed bisexual characters, thanks to writers who have been willing to smash those myths and provide honest bisexual representation. 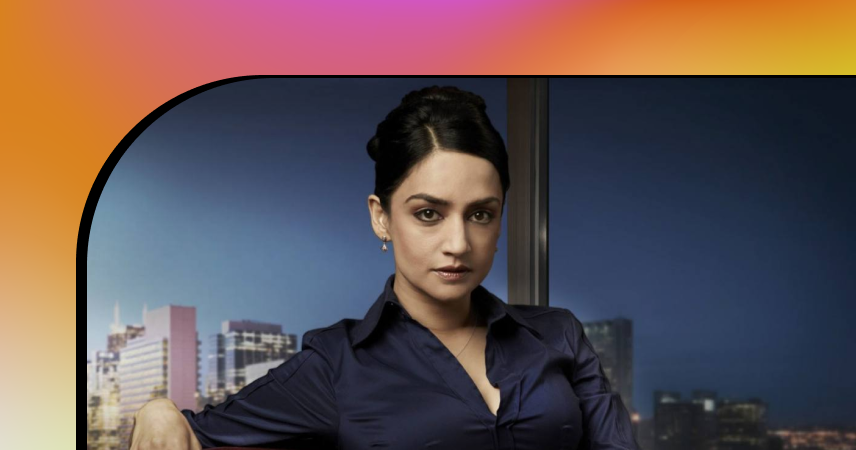 For those who remember "The Good Wife," Kalinda was the amazing bisexual private investigator who bent the law and crushed lawyers with her creative methods. She is bisexual from the very beginning of the series, but that sexual identity was really woven into the background of her stunning on-screen life, secondary to who she was and what she could accomplish for the law firm she worked for. While a same sex relationship was shown more often, hetero partnerships were scattered throughout those years too. Archie Punjabi played that role so well, she won an Emmy and will be remembered as one of the best bisexual characters on TV. 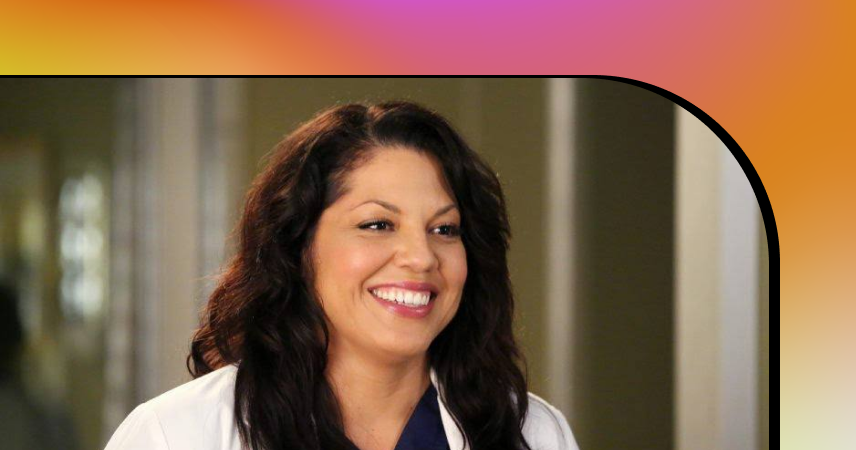 Here's a great character role that shows how diverse the bi people can actually be. This woman is an orthopedic surgeon, formerly married and a mother, and now a bisexual in a strong romantic and sexual relationship.

The biggest impact that actress Sara Ramirez has had, though, is that she has come out publicly as being bisexual in reality - this after playing the role for over 10 years on "Grey's Anatomy."

Here is what she had to say: "I'm bisexual. So what? It's called LGBTQ for a reason. There's a B in there and it doesn't mean badass. OK, it does, but it also means bi."

Ramirez has become one of the most influential bisexual activists and has gone on to play other bi characters, such as Kat Sandoval in "Madam Secretary." Again, the important point is that her talent as an actress is really secondary to her bisexuality. She's just great. 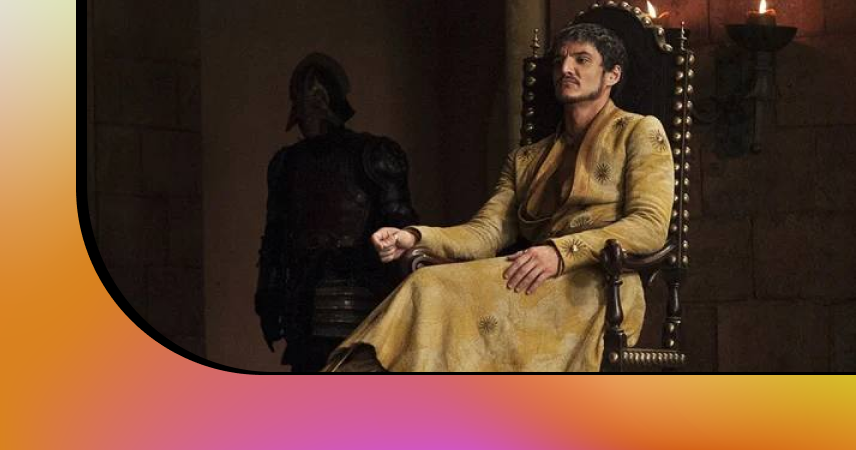 Here's another myth busted - that bisexual men are effeminate. In the "Game of Thrones'' television series, Oberyn Martell is powerful, virile, and a lethal force to be reckoned with. Oberyn is openly bisexual in the role he plays, and he can easily have a passionate relationship with either sex. In the world of Westeros, bisexual people are fully accepted, not like in the real world of America. The character of Martell is a bi representation that is complicated and well-rounded - he has gay hookups, hetero encounters, and even polyamorous situations - none of which actually contribute to his demise. A sub-plot involves Ellaria Sand, a dark violent character whose sexuality is really flexible, preferring both queer women and men, and sometimes both at the same time. 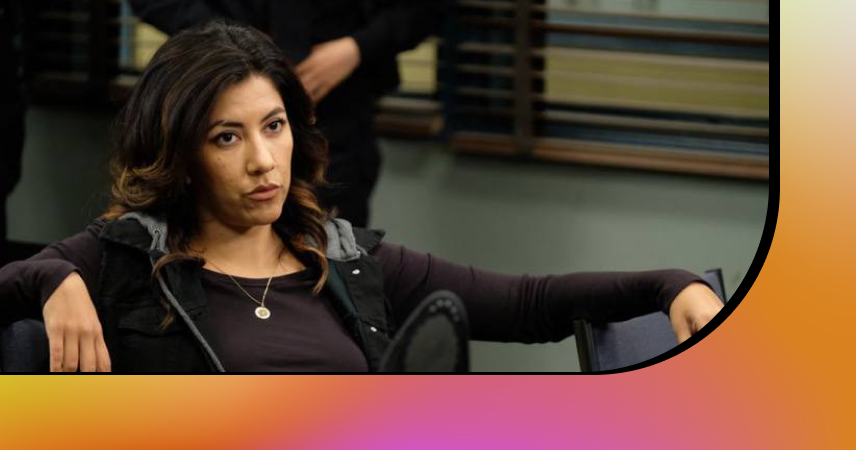 In terms of being one of the best bisexual characters for portraying a realistic situation, Rosa Diaz in "Brooklyn Nine-Nine" (a Hulu series). She's an ace police detective who finally comes out as a lesbian to her fellow officers. Ultimately, though, she reveals that she is bisexual. From then on Rosa Diaz is caught up in the typical challenges of most bisexual women - acceptance by both her Brooklyn Nine-Nine colleagues and her parents.

Rosa Diaz is badass and a bit scary to her co-workers. Finally, she leaves Brooklyn Nine-Nine to start her own private detective agency but continues to help out her former colleagues when needed. Rosa Diaz is a complicated, secretive character, 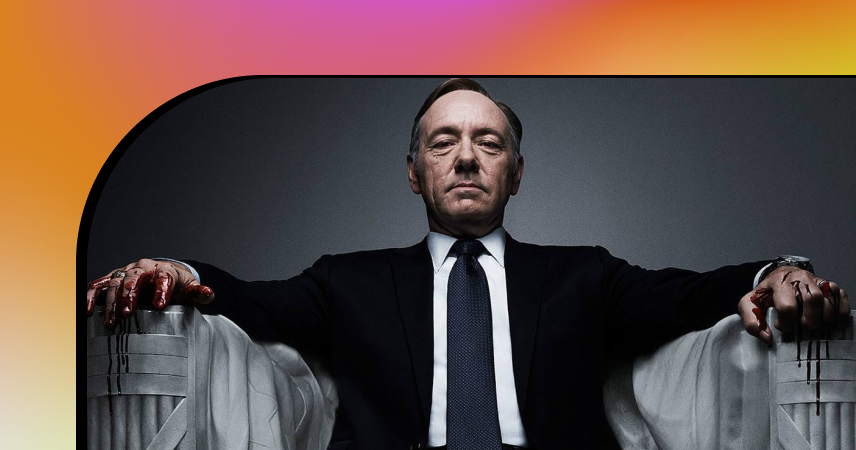 It would be hard for the 5-year series "House of Cards" to go unnoticed by anyone. It was one of the first television mini-series produced by Netflix. In it, Frank Underwood (Kevin Spacey) is the U.S. President who plans and executes his revenge on anyone he thinks has done him wrong. His wife goes along and helps with his wicked and evil schemes. Underwood is also bisexual of course, and Spacey portrays that role with amazing expertise and is one of the best bisexual characters on the screen, but all for self-serving purposes. These are not romantic relationships.

Unfortunately, Spacey's downfall was swift, when many males, including minors, came forward to accuse him of sexual assault. He finally announced publicly that he was gay, although, at the time, he was married and engaged in sex with his wife too. From that time forward Spacey became a pariah in the entertainment world and has not been seen on any screen since.

Still, Spacey's portrayal of Frank Underwood's evilness and bisexuality, in a world of mostly straight people, was masterful. 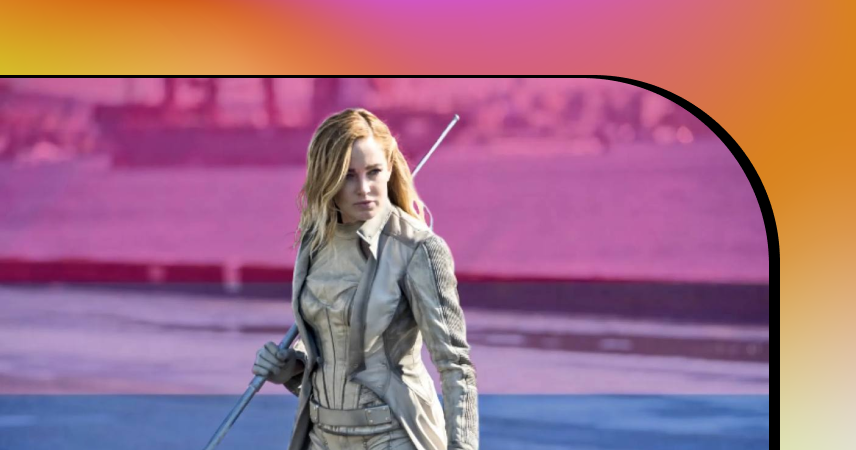 Here is one of the fictional characters of the DC Comics franchise of all of the superheroes that we have come to know - whether they are in comic books, or in full-length movies. Sarah has become a part of Arrowverse, a DC television series available on Netflix and has a long and rather dark past, including sleeping with her sister's boyfriend, ultimately turning her life around, and joining the League of Assassins, with the code name "White Canary." In the series, she is clearly bisexual but that is secondary to her other exploits. She is a strong woman, driven by the purpose of all of her team's missions. In her own words during one of the episodes, she states:

"Look, I don't know what you've heard about me, but basically, I had an affair with my sister's boyfriend, I allowed my entire family to think that I was dead, and then I became a League-trained assassin...My point is, even someone with a past as checkered as mine can still turn their life around, can be a hero."

There are other queer relationships in this series too, for example, the lesbian marriage of Grace Choi and her original best friend, Anissa Pierce. 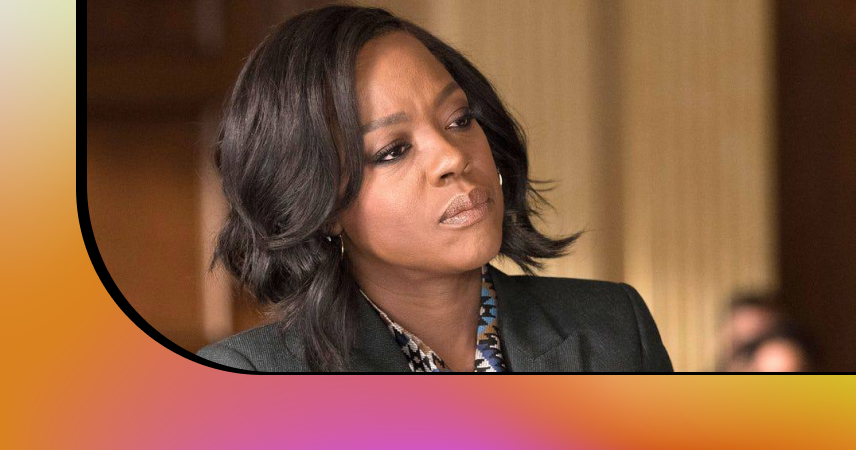 The TV miniseries, "How to Get Away with Murder" ran for six years with rave reviews. Those reviews are attributed to the main character Annalise Keating, an ambitious, and self-assured black lawyer who also happens to be bisexual. The fact that she is both black and bisexual, in fact, was a major risk when this series began to air. But actress Viola Davis pulled it off beautifully, and viewers, both men and women, were hooked, no matter what their sexuality. 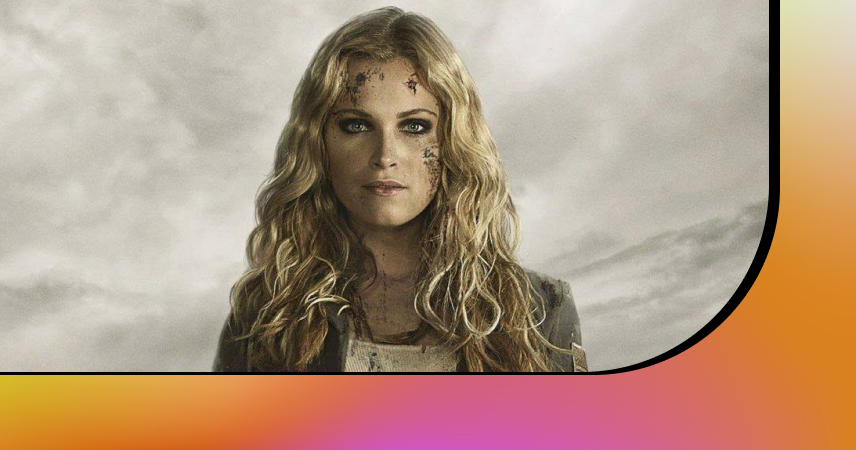 Three seasons of "The 100" see Clarke Griffin mature from a girl juvenile delinquent to the savior of the human race. In all of this, she has encounters first with Lexa, a lesbian girlfriend, and then Finn, a strong male character who she ultimately has to kill in order to avoid him being tortured by the enemy. The beauty of this single character representation is that a bisexual woman can be fully dimensional, her sexual identity being only one facet of all that she is. The fact that this series is youth-oriented science fiction also serves as validation to bisexual young adults who need acceptance. It normalizes bisexual dating for this age group. 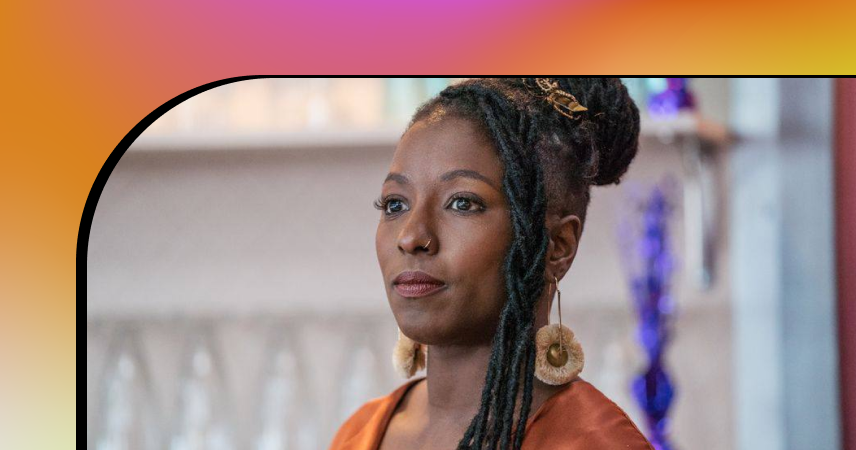 The TV series "Queen Sugar'' will have one final season in 2022, but the character of Nova Bordelon will not soon be forgotten. She is one of three sisters who have inherited land from their father in rural Louisiana. Bordelon returns home from California, and the drama begins. Nova is both a journalist and an activist for minority rights, and her roles in these two areas are paramount to her character. And against this backdrop, she's bisexual, providing additional messaging to other bis as well as to any queer in the LGBTQ+ community that this identity is real and to be reckoned with. Their sexual and romantic relationships are valid and real. 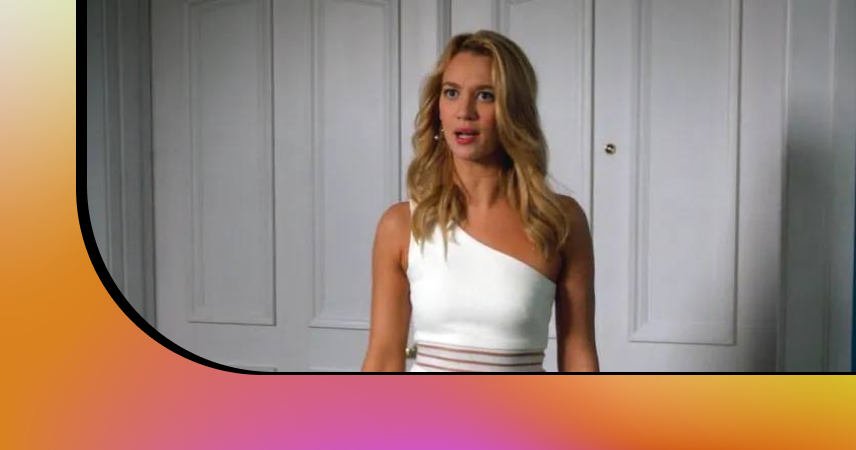 The series "Jane the Virgin" ran from 2014 - to 2019, featuring Petra Solano, as a major player in this comedic/dramatic series. She is a complex character, married and rather content during the first season, even though she does have an affair with her husband's college roommate. until she learns that she has a twin sister that was hidden from her. She is tough and resilient, even when faced with the charge of murdering her twin sister. Her lawyer is Jane Ramos, who becomes her girlfriend, and once that relationship is set in motion, they become lovers.

A Preponderance of Women

Looking through this list, it is easy to see that bisexual characters in film and on television are predominantly female. But both men and women are bisexual - it's just that men are usually portrayed as gay rather than their true sexuality. This could be the stuff of which a bisexual chat group could be formed. One thing is absolutely certain - pop culture can do better than this.

Are There More Than These?

OMG yes. On both the big and small screens, queer and bisexual characters are becoming more and more prevalent. Check out some of these other characters, in no particular order of popularity.

Bisexuals come in many shades. Some are in straight partnerships all of their lives, never acting upon their identities; others act upon their bisexual identities, perhaps half with their cisgenders and half with the opposite sex; others may hook up with transgenders - both male and female; still others may engage in bisexual relationships and then move into a permanently straight relationship. Wherever you are on your journey toward your sexual identity, especially bisexuality, take heart. The entertainment industry is beginning to validate you.