13 Horror Sex Stories from Those Who Lived Them

So, Halloween is all about costumes, drinking, haunted houses, and horror flicks. But some horrors come in totally different spaces, including dating and sexual encounters. 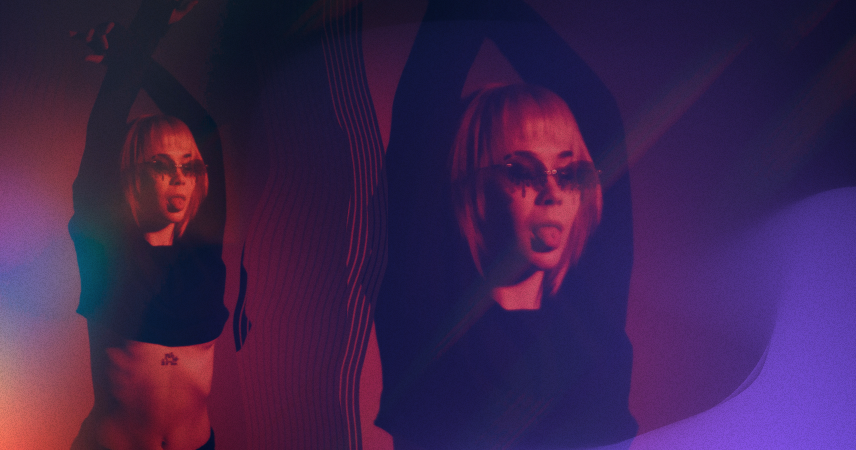 Here are some truly horrifying and/or embarrassing date horrors from real people. “The names have been changed to protect…” you know.

Jill first hooked up with Kate at the gym. They were both regulars and had fitness, healthy eating, and several other things in common. It was only natural they would end up dating. When they finally did hookup sexually, both wanted it to be a great experience. Instead, it was a disaster. Jill had failed to wash her hands well enough after using some muscle rub. The foreplay was amazing until Jill reached for Kate’s V-jay-jay and all Hell broke loose. Apparently, there was just enough of that rub left somewhere on Jill’s fingers to set Kate on fire – and not in a good way. They’re still a couple but without the fireworks.

Moral of the Story: When you’re getting ready for some great sex, make sure any body part to be used is really ready.

Moral of the Story: Maybe you should have a few conversations about any medical conditions before you have at it.

Sue and Lil love having sex in weird places. In fact, they have a list to check off as they score in each of these places. One of those was a cemetery, and they had even scouted out the perfect spot – a large gravestone with a marble pad in front of it. They chose their night, brought a blanket, had plenty of wine, and let everything proceed naturally. Basking in the afterglow, Lil said, “I wonder who we should thank for this great place.” With that, she looked up at the tombstone to discover that the person had died on the exact date she was born. Talk about “bats out of Hell.”

Moral of This Story: We’re not exactly sure except maybe when scoping out weird sex places, do a bit of research?

Moral of this Story: Maybe talk more before you get too drunk and hook up. Their weirdness may show itself, and you can decline.

Bisexual Beth met Ruth at a mutual friend’s party. The food was great, and the liquor flowed like water, given that the friend was a liquor distributor. Beth was a careful drinker, knowing that she had driven herself to this event. But Ruth, not so much. She started with beer, moved on to the hard stuff, and ended up with shots of several different kinds. During it all, Beth was totally infatuated with her sense of humor, her good looks, and his apparent ability to hold her liquor.  She figured she’d take her home, put her to bed, and they could see what might pop up in the morning. As soon as she pulled into her garage, she let loose with the vomit all over her car, opened the door and barfed all over her garage floor, and then staggered into the house where Ruth passed out on Beth’s newly-shampooed carpet and lay in her own stench the rest of the night. Beth spent the night shampooing her car upholstery, mopping up the garage floor, and spraying Lysol on Ruth to hide the smell. Needless to say, the infatuation was over and she called Ruth an Uber as soon as she was conscious.

Moral of this story: Infatuation really wears off when the amazing date turns into a gross drunk. And turns your property into a disgusting pile of goo. Don’t take a drunk home if it looks like they can’t even perform.

Moral of this Story: If you bring a stranger home, hide your valuables before you hop into bed.

Steve loves butt sex, and his most frequent partner satisfies him. But they are not monogamous and are free to hook up with others so long as they get regularly tested. One night, he decided to get the feel of another penis and hooked up with a guy at a party. Both of them had plenty to drink as well. So back they went to his place to satisfy his taste for something different. He had plenty of lube, so things were moving along nicely. That is, until Steve began to feel more than just lube, and both began to get an all-to-familiar whiff of nasty. There it was – all over him and his sheets. Obviously, Steve got dressed as fast as he could, made a speedy exit, and left the poor man to deal. He was so happy they hadn’t exchanged phone numbers. He always carries his sunglasses with him now, so he can put them on if she ever spots him anywhere.

Moral of this story: Don’t ever assume you’ll be fine without a pre-cleanout.

Jerry was cruising for a one-night stand at his fav gay bar. He met Joe. They talked, had a few drinks, and exchanged phone numbers. Joe got a phone call and said he had to leave but he’d call so they could get together. Jerry went home unsatisfied. But a few days later Joe called him, told him he was cooking a great dinner, and invited him over to share it. Jerry was excited. He cleaned himself up, used his best cologne, and hopped on over. Dinner was amazing, of course. They then retired to the couch where Jerry assumed the foreplay would begin. To his shock, Joe brought out a bunch of printed materials and his laptop and began to recruit Jerry for a multi-level marketing scheme. And at that point, Joe’s long-term partner showed up too. Jerry made a quick exit and went back to the bar hoping for a better one-night stand. That was not the end of Joe – he kept calling to set up another appointment, until Jerry blocked him.

Moral of this story: Don’t give out your phone number until you have tested the waters.

Pam was a very single seeker of lots of variety in her sex life. One night she met Gil who assured her that she, too, was a seeker of lots of variety. What might they do for each other tonight? They discussed the possibilities as the drinks continued to flow and ended up in a bathroom stall. After standing on the toilet for an oral job, Pam then pulled Gil’s skirt down to return the favor. Up against the stall wall, Gil began to moan and tell Pam what to do with her tongue and mouth in very graphic terms. Unfortunately, she had butt-dialed her long-term girlfriend who answered the call and heard the whole episode. Not pretty at all.

Moral of this story: Your phone is not your friend during sex. Set it down somewhere else.

So Cheri hooked up with a cute chick she met on LGBTQ+ dating app. They only lived a few miles apart, so getting together would be easy and pretty simple. They met up at a bar and grill for dinner and drinks, and things went very well – so well, that they ended the night at Cheri’s place for a night of pleasure. The next morning, Cheri woke up to the sound of the shower in her bathroom. “Okay,” she thought. “She’s taking a shower before going home. I’m down with that.” Her date got dressed and all of a sudden, Cheri hears cupboards in the kitchen, the rattle of pots and pans, and is wondering WTH? She gets up to find her date in the kitchen rustling up a huge breakfast with a big smile on her face – “scrambled, fired, or over-easy? And after breakfast, I have a whole day planned for us.” “Well, that’s not happening,” Cheri said, always quick on her feet. “My parents are due in about an hour, and I haven’t come out to them yet. You gotta go!” With that, she pushed her out the door, locked it, and spent the next 20 minutes making sure her date was not hanging around outside.

Moral of this Story: Tell your squeeze in advance that you have plans for the next day. You can always cancel them if you change your mind.

Jason met an older man on a fully inclusive LGBTQ+ dating app.  They chatted it up for several days, got pretty flirty, and decided to hook up. He took Jason to a great restaurant for dinner, and they ended up back at his place for after-dinner drinks, more conversation, and an ultimate romp in bed. Jason was in heaven – an older man with obvious means interested in him. As a student, Jason wasn’t used to these kinds of dates. Imagine his surprise when he got into the bedroom, looked at the family pictures on the wall, and saw someone from his calculus study group – it was this man’s daughter. Talk about a quick exit. Jason went home and immediately blocked the dude.

Moral of this story: There really isn’t one. Jason spent some time getting to know the guy first, but some things just can’t be anticipated. When a crisis pops up, know when to get the hell out.

So, Candace is an outdoor person – she loves hiking, camping, fishing, and such. Molly isn’t, preferring going out to lunch, shopping, and movies. Maybe opposites attract, because they somehow found each other on a dating app and began to chat. What attracted both of them was their senses of humor and slightly sketchy preferences in the bedroom. Candace convinced Molly to go camping for a weekend. “It’ll be fun,” she said. Molly reluctantly agreed. Candace just assumed Molly would come somewhat prepared, including a decent bug repellant. After an evening around a campfire, Molly began to feel she might be able to handle this part of Candace’s life. Off to bed and sex in a tent – a totally new experience for Molly. Morning dawned, and Molly was a swollen mess – covered from head to toe with bites of various kinds. And she was sick from it. Off to the hospital and a prednisone shot. Molly looked horrible for days. And this relationship was not going to last.

Moral of this Story: Opposites on minor things may attract, but definitely not on the “big-ticket” items.

Phil grew up in the city and loved the nightlife and all of the options for dating. He had a fifth-story apartment in the heart of town, with a great balcony and view, and often entertained his dates there. Bob loved the city too, had a super cozy first-floor flat, and hit the bar scene regularly. When they met, things seemed to be a good fit. So, they began to date – going out a couple of times a week and ending up at Phil’s place for the night. The sex was pretty amazing. Eventually, Bob invited Phil over to his place for dinner and the night. All was going well until Bob went out into his small backyard and brought his pot-bellied pig inside to eat the leftovers. “I hope you don’t mind,” he said. “I have a super king-sized bed and Daisy always sleeps on it with me. But there’s plenty of room and she won’t get in the way. Phil set his after-dinner drink down, slowly got up, and found his jacket. Obviously, that relationship was over.

Moral of this Story: Pets are fine, but unless you are both into kink with livestock, they never belong in the bedroom.

You may have horrific date stories to tell. Don’t be shy. Let us all enjoy them.