The Home of Diversity: Taimi’s Campaign Got a Spot in Times Square 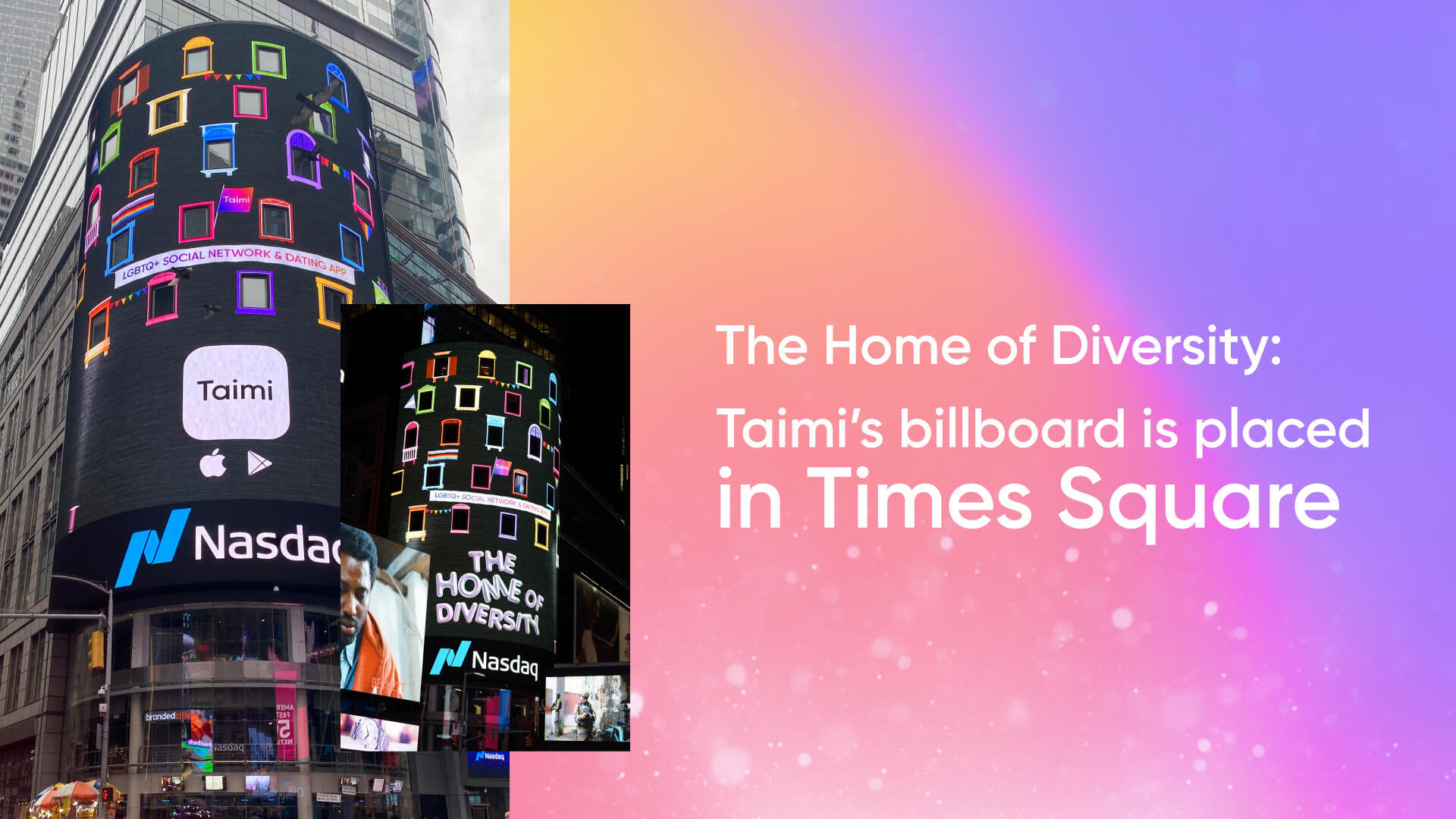 ’The Home of Diversity’ is one of the recent campaigns launched by Taimi. The campaign’s message is one of free expression, acceptance, and creating a judgment-free digital space for everyone identifying as LGBTQ+. Taimi is the social app that lets you show up as you are, and offers an environment built upon respect, acceptance, and zero-tolerance for harassment, prejudice, or judgment. The campaign reflects the core principles and the mission of the company.

Today millions of people live in countries where identifying as LGBTQ+ and expressing your sexual preferences or gender identity is either judged, oppressed, or even criminalized. The LGBTQ+ rights is not only a social issue; it is an economic, civil rights, and human rights issue. Despite global cultural and legal gains, millions of LGBTQ+ people still  experience stigma and choose not to disclose their gender identities or sexual preferences. For instance, according to the Human Rights Campaign Foundation, 46% of LGBTQ+ individuals are closeted at work, and 28% are totally closeted and not open to anyone in their lives.

The Taimi team wants every member of the community to  be able to express themselves, build relationships, and feel accepted. That’s why we are continuously working on making the Taimi app a safe and secure place to be your true self, find like-minded people, and even come out if you feel ready for it.

Taimi sincerely hopes that the billboard’s placement will attract more attraction to the importance of acceptance and diversity, and will help raise awareness of the issues LGBTQ+ community faces.

Celebrate Father’s Day to include all LGBTQ+ families
Taimi